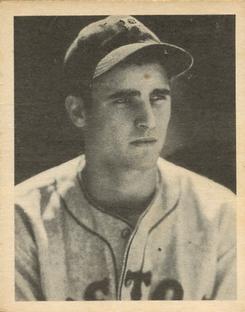 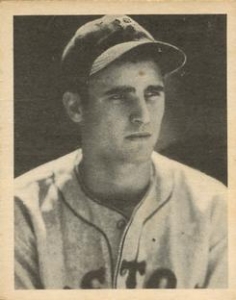 Bobby Doerr was an exemplary batsman in his first major-league game, getting three hits on Opening Day for the 1937 Red Sox. But he wasn’t alone. With nearly 20 hits, Boston’s offense dominated the Shibe Park confrontation against the Philadelphia Athletics for an 11-5 result.

It didn’t start auspiciously for the second baseman or his Beantown brethren, though. Doerr led off for the visiting team with a strikeout. Doc Cramer singled but didn’t get further; third baseman Billy Werber fielded a grounder by rookie Fabian Gaffke and tossed to Bill Cissell at second for the force out. Red Sox player-manager and future Hall of Famer Joe Cronin grounded out to A’s hurler Harry Kelley to end Boston’s half-inning.

Boston right-hander Wes Ferrell plowed through Philadelphia’s top of the order, retiring Lou Finney, Werber, and Wally Moses on three infield grounders in the first. His teammates gave him some run support in the top of the second.

Pinky Higgins doubled and scored on Rick Ferrell’s single to center. Ferrell, Wes’s brother, scampered to second on center fielder Finney’s error, then became the second tally on Buster Mills’s triple, one of the Boston right fielder’s eight three-baggers in ’37. A’s fans got a breather when Kelley got the next two outs. Mel Almada popped out to shortstop Skeeter Newsome; Werber grabbed Wes Ferrell’s grounder and fired it to A’s backstop Frankie Hayes to nab Mills at home plate. Doerr’s fly out to left fielder Bob Johnson ended the inning.

Philadelphia’s deficit expanded to 3-0 in the top of the third: Gaffke banged a one-out single, Cronin’s double sent him to third base, and Higgins’s second base hit of the game scored him.

In the top of the fourth, Boston’s lineup swatted the ball as though it were a Spaldeen. By the time it ended, they had racked up five runs for an 8-0 tally.

Kelley retired Almada on a grounder to Newsome but walked Wes Ferrell and gave up Doerr’s first major-league hit. With men on first and second, Cramer drew a walk to load the bases.

Athletics third baseman Werber couldn’t handle Gaffke’s grounder, which turned from a probable out to another Bostonian on first base. Ferrell scored; Cramer and Doerr each advanced one base.

Finney cleared the bases when he fielded Cronin’s single to center and overthrew third baseman Werber. Gaffke, Cramer, and Doerr scored while Cronin took second base on the error.

Philadelphia skipper Connie Mack – in his 37th season at the helm in Philadelphia – tapped righty Buck Ross for relief and it looked as though the pounding would continue when Higgins knocked in Cronin with a single. Rick Ferrell’s double-play grounder ended the nightmare for the baseballers from the City of Brotherly Love.

Philadelphia broke its scoreless trend on Johnson’s solo homer in the bottom of the fourth. But Boston responded with two more runs in the top of the fifth to make the score 10-1. Mills singled and scored on Wes Ferrell’s double. Doerr’s single put runners at the corners; Cramer’s fly ball to left scored Ferrell.

Doerr’s ambition finished the Red Sox’ effort – he got thrown out on a steal attempt.

Boston amplified its run total to 11 in the top of the sixth, beginning with Gaffke’s leadoff single. Cronin’s double put him at third and Higgins’s fly to Moses in right field scored him.

In the top of the seventh, right-hander Herman Fink replaced Ross and allowed rookie Doerr’s third hit of the game.

Philadelphia added another run in the bottom half of the inning. Moses smacked a two-out double, followed by Fink walking Johnson and giving up an RBI single to Dean.

In the eighth, Cissell crossed the plate for the home team’s fifth and final run. It began with his single and advance to second when Higgins’s error gave first base to Fink. Finney’s grounder to Cronin resulted in a force out of Fink at second base; Doerr made an error, which allowed Cissell to score.

Boston totaled 18 hits with Cronin and Higgins each going 3-for-5. Boston’s skipper knocked in two runs, Higgins, three. Rick Ferrell and Mills went 2-for-4. Gaffke had a 2-for-5 day with three runs scored.

Philadelphia accomplished some fine hitting even if the score did not reflect it. Mack’s team accounted for 13 hits, including outstanding performances by Dean and Cissell. The former had a 3-for-5 output with two RBIs. Cissell scored a run and went 3-for-4.

Moses ended with a 2-for-5 count and scored two runs. Johnson also scored twice, batted in a run, and went 2-for-3 with two walks.

The Philadelphia Inquirer credited Red Sox hurler Wes Ferrell with an ability to maneuver from jeopardy: “It was a typical Ferrell triumph. Anything but airtight, he was socked 13 times, but as usual was like an eel in wiggling out of trouble. No fewer than 11 Macks were stranded on the bases.”1

After they began the ’37 season with a 7-3 record in the first 10 games, the Red Sox finished in fifth place with an 80-72-2 record against AL competition. The Yankees dominated in ’37, going 102-52 and winning the World Series against the Giants in five games.

Philadelphia finished at 54-97, 7½ games ahead of the last-place St. Louis Browns.

Doerr – who was inducted into the Baseball Hall of Fame in 1986 – did not have a season to match his début game: .224 batting average. Cronin employed the rookie in 55 games. Doerr ended his 14-year career with a .288 batting average and a legacy of workmanship.

When the beloved infielder died at the age of 99 in 2017, it was noted that he was the last surviving major leaguer from the 1930s. The New York Times noted, “He went about his business quietly and became a team leader through his steady excellence.”

There may not be many New Englanders around to remember Doerr’s first game, but it’s possible they have heard about it through the generation-to-generation lore of Red Sox Nation. Though it couldn’t have been known at the time, the 11,265 folks at Shibe Park on April 20, 1937, saw the beginning of a love affair between the second baseman and Boston.