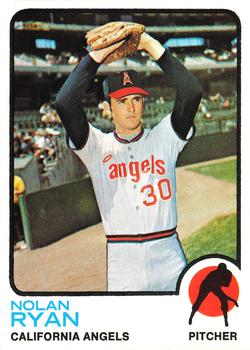 The Watergate investigation took a mammoth leap forward in March 1973, with burglar James W. McCord Jr.’s disclosure that Attorney General John Mitchell masterminded the break-in of the Democratic National Committee headquarters the year before. A couple of weeks after McCord’s bombshell, however, you wouldn’t recognize the increased pressure on the 37th president of the United States as he arrived at his station in Anaheim Stadium to begin the annual occasion of renewal for baseball fans.

Instead of fulfilling the informal presidential obligation to throw a ceremonial first pitch, begun by William Howard Taft in 1910, President Richard Nixon smiled wide at the Anaheim crowd and gave a brand-new baseball to 32-year-old Air Force Major Jose David Luna – a prisoner of war in North Vietnam for nearly six years until his release a month earlier – for the pregame ceremony on April 6. “The Angels had already selected [Luna] to have the honor of officially opening the campaign,” explained sportswriter Bill Langley.1

Luna, an Orange County native, tossed the sphere to Angels backstop John Stephenson and inaugurated the 1973 season for his home team. Nixon followed by also throwing a ball to Stephenson. Then the duo bonded with the fans – each honoree turned around and threw a baseball farther into the stands.2

Born and raised in the city of Orange, Luna was twice awarded the Silver Star and Distinguished Flying Cross. He also received the Prisoner of War Medal. 3 But baseball had a special meaning to Luna – he had thrown the first no-hitter in Orange High School history.4 The school is less than three miles from Anaheim Stadium, which was beginning its eighth season in 1973.

While baseball tradition called for a president to mark the beginning of the season by throwing out the first pitch at a Washington Senators game, that was an impossibility as the Senators had moved to Arlington, Texas, after the 1971 season and rebranded themselves the Rangers.

It was Nixon’s second time at Anaheim Stadium during his presidency; his previous engagement was a 1970 contest between the Senators and Angels that went 11 innings. Final score: Senators 11, Angels 10.5

But the appearance in Anaheim was highly significant for another connection between presidents and baseball – the first time a president went to an Opening Day game that wasn’t in Washington, D.C.6

Headlines about the perils facing the Nixon presidency did not seem to distract the players who were key factors in the Angels’ 3-2 victory over the Kansas City Royals.7 Indeed, there was a sense of reverence from the chief executive’s attendance. Frank Robinson said, “There’s excitement in the air when the president’s around, that feeling of being near the number-one man in the country. It’s a thrill.”8

Bobby Valentine and Robinson – making their Angels’ debuts after joining the team in an offseason trade with the Los Angeles Dodgers – each went 2-for-4 with an RBI; Vada Pinson knocked in the third run.

Angels starter Nolan Ryan, in the first Opening Day start of his career, plowed through the Royals lineup with 12 strikeouts and later explained, “I probably put more pressure on myself thinking of the atmosphere. It was a lot like the World Series with the Mets when I was scared to death.”9

Angst went both ways. Ryan had surpassed his peers with 329 strikeouts in 1972, his first campaign with the Angels and the beginning of a series of authoritative seasons – leading the major leagues in strikeouts five out of six seasons with the lowest number being 327. He led the AL for two years after that.

Hal McRae, obtained by the Royals in an offseason trade with the Cincinnati Reds, began the next inning with Ryan’s third K.

Robinson’s solo homer off rookie right-hander Steve Busby led off the bottom of the second and put the Angels up 1-0. It was the 523rd home run of Robinson’s career. Busby had raised the hopes of Royals rooters in spring training – 0.60 ERA over 30 innings – but this outing disappointed.10

Ryan got his fourth strikeout when the leadoff batter in the top of the third, Paul Schaal, was caught looking; Patek struck out for the second time.

The Angels’ half of the inning resulted in two more runs. Billy Grabarkewitz smacked a two-out double and scored on Valentine’s triple to center field. Pinson followed suit with a single to center to score his teammate.11

Mayberry struck out in the top of the fourth. It was Ryan’s sixth strikeout and the first of two whiffs for Kansas City’s first baseman. Jerry May was called out on strikes to end the top of the fifth inning for number 7.

Stephenson led off the bottom of the fifth with a fly out to McRae in right, but a pulse-raising sequence followed: Sandy Alomar stole second after singling, Grabarkewitz drew a walk, and Valentine loaded the bases with a single.

Busby attributed his fifth-inning output to the excitement of the moment: “I lost my composure in the one inning [the fifth]. I guess you could say I was feeling the pressure.”12 As a consolation of sorts, Busby got a baseball signed by the president.13 The Kansas City Star reported a geographic connection between the pitcher and the president: They both had gone to Fullerton High School in Fresno.

Bruce Dal Canton relieved his mate, retiring Pinson with a foul out to third baseman Schaal and Robinson with a fly ball to Otis in center.

In the top of the sixth, Otis struck out for the third time. Kansas City’s seventh inning was the only one in which Ryan did not tally a strikeout.

In the eighth, the visitors notched a pair of runs. Lou Piniella’s single began the rally; Stephenson’s passed ball gave Piniella second base. After Ryan dismissed Schaal for the second time with a strikeout, Royals skipper Jack McKeon sent in Gail Hopkins for May. Hopkins singled to score Piniella.

Pinch-runner Carl Taylor advanced to second base on Patek’s single and scored on Rojas’s base hit – the last of six hits allowed by Ryan. Both Patek and Rojas went 2-for-4 against Ryan.

The Angels ace then faced Otis, who whiffed to give Ryan his 10th strikeout of the game. Mayberry also struck out and later joked, “There ought to be a law against him.” But Piniella offered some optimism: “If it had been anybody else but Ryan, though, we’d have had four or five runs in the eighth.”14

Tom Burgmeier was the third Royals pitcher. He began the bottom of the eighth by facing cleanup hitter Robinson and allowing a single; Angels manager Bobby Winkles replaced the slugger with pinch-runner Rudy Meoli. Tommy McCraw made the first out with a pop fly snared by Burgmeier.

The home nine then loaded the bases. Burgmeier hit Spencer and walked Ken Berry,15 then the southpaw whiffed Stephenson for the Angels’ third strikeout of the game. Alomar’s grounder to third base stifled the attempt to get more runs.

Ryan reached a dozen strikeouts with McRae’s in the top of the ninth; ended the game with Ed Kirkpatrick and Piniella flying out; and limited the Royals to six hits and four walks. The one-run cushion sufficed.

It was a heavenly way to begin the season in Anaheim.16

This article was fact-checked by Thomas J. Brown Jr. and copyedited by Len Levin.

7 Nixon resigned the presidency on August 9, 1974, after it was apparent that he’d be impeached and convicted by the US Senate for crimes connected to the Watergate scandal.

11 Grabarkewitz went to the Angels the previous November with Robinson and Valentine, along with Bill Singer and Mike Strahler, in the trade with the Dodgers for Andy Messersmith and Ken McMullen.

13 In addition, Busby had an indirect link regarding education: Whittier College, located less than 20 miles from Anaheim. Nixon was an alumnus; Busby had two sisters who attended.

15 No relation to the star of Mayberry R.F.D. and F Troop.

16 In Ryan’s next start against the Royals, on May 15 in Kansas City, he pitched his first career no-hitter in a game likewise won 3-0 by the Angels. Ryan finished the season with a 21-16 record, two no-hitters, and 383 strikeouts, the most by any major-league pitcher after the nineteenth century. He finished second to Jim Palmer of the Baltimore Orioles in the AL Cy Young Award voting.