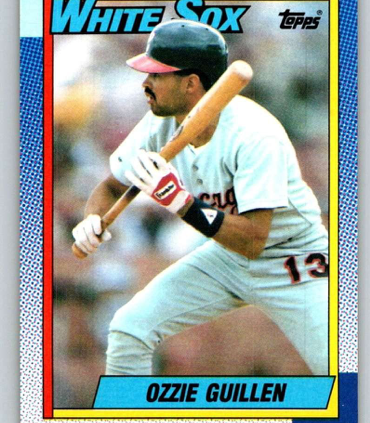 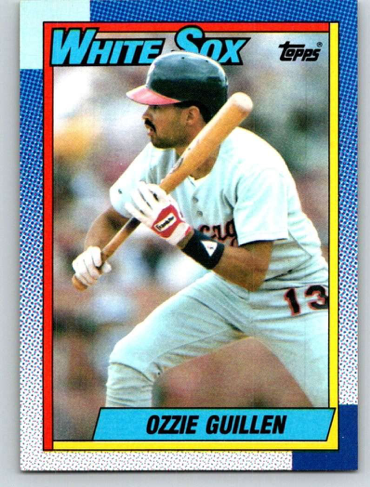 Chicago’s Comiskey Park, built in the heyday of the first wave of steel and concrete ballparks and opened in 1910, hosted its share of iconic baseball moments. A World Series championship in 1917 was followed by the infamous Black Sox Scandal two years later. It was the site of the first All-Star Game in 1933 and witnessed the mayhem of Disco Demolition Night in 1979.

By the 1990 season, the White Sox’ final campaign there, the oldest major-league ballpark was showing the effects of time. Its replacement, the new Comiskey Park, later known as U.S. Cellular Field (as of 2003) and Guaranteed Rate Field (2016), loomed across W. 35th Street to the south. Despite its age and deteriorating condition, however, Chicago’s venerable ballpark wasn’t done bearing witness to unique baseball moments. In the second game of the last doubleheader at the old Comiskey Park, two Chicago White Sox mighty mites took a living legend deep.

As a result of a rainout on May 3, 1990, the White Sox hosted the Texas Rangers in a twilight-night doubleheader on August 10. The Rangers came into the contest in third place, 11½ games behind the American League West-leading Oakland A’s. Since June 7, however, the Rangers boasted an AL-best record of 37-21.1 The White Sox, fielding the youngest major-league team,2 entered the twin bill in second place in the division, four games behind the A’s.

The first game of the doubleheader, a 5-2 White Sox win highlighted by Dan Pasqua’s home run and three RBIs and Jack McDowell’s seven innings of one-run pitching, started at 5:00 P.M. but was delayed by rain for 59 minutes in the second inning.

After completion of the 3-hour 13-minute first game, the start of the second contest was delayed an additional 32 minutes due to Mother Nature. The vast majority of the 32,073 fans in attendance waited until 10:26 P.M. for the opening pitch of the nightcap, which featured the marquee attraction, Rangers starter Nolan Ryan. The 43-year-old Ryan was making his second start since notching milestone win number 300 on July 31.3

After a scoreless inning and a half, the hometown fans were treated to an improbable power display in the bottom of the second. Ryan retired the first batter he faced, but gave up a double to Ron Karkovice, then walked Sammy Sosa. Craig Grebeck had been recalled from the minors on August 2. The 5-foot-8, 160-pound third baseman, who had made his major-league debut in April, was hitting just .118 with three RBIs in 68 at-bats. “Ryan had just walked a guy and with Ron Karkovice on base I figured Ryan wants to make a good pitch, but he made it too good,” Grebeck said afterward.5

Anticipating a Ryan heater, Grebeck turned on it and deposited it in the left-field stands. It was his first major-league home run, and gave Chicago a 3-0 lead.

“Hitting your first big-league home run is one thing,” Grebeck commented, “but when it comes off a guy like Nolan Ryan, a sure bet for the Hall of Fame and probably the best pitcher there’s ever been, that’s a big thrill for me.”6 He added, “With little guys like me, it doesn’t go out if there’s not enough power in the swing. I hit it as well as I can.”7

Asked if he was surprised by Grebeck’s home run, Ryan said, “I don’t know him, but I gave him a good pitch to hit, and they’re aggressive hitters. When you hit the ball, it’s gonna go.”8

The power display wasn’t over. Batting ninth was shortstop Ozzie Guillen. Listed at 150 pounds on his 5-foot-11 frame, Guillen hadn’t hit a home run since the previous September 8. In 877 games since his 1985 debut, Guillen had managed just six homers.

Swinging at Ryan’s first pitch, Guillen drove it into the right-field seats. On consecutive pitches, two batters who hadn’t hit a home run in a combined 428 at-bats for the season went back-to-back against the “Ryan Express.” The White Sox were now staked to a 4-0 lead.

The Rangers tried to answer in the top of the third against Wayne Edwards, who was making his first major-league start after 39 relief appearances. The first two batters, Jeff Kunkel and Gary Pettis, reached base on a hit and a walk, but the rally died when Julio Franco lined out to left and Rafael Palmeiro grounded into a 4-6-3 double play.

The White Sox added another tally in the fourth when the 21-year-old Sosa – who had come to Chicago in July 1989 in the five-player deal that sent Harold Baines to Texas – walked, stole second, and advanced to third on Grebeck’s fly out to right. One out later, Sosa crossed the plate when Lance Johnson tripled to right.

Both teams went three-up, three-down in the fifth. Ryan’s evening was done, as thousands of fans made their way to the exits having seen his final appearance at Comiskey Park. After the game, Ryan commented on his five-run, six-hit five-inning performance, “When you hang a curve to Karkovice and then throw fastballs to Grebeck and Guillen, you know you’re making three mistakes and you’re going to pay for it.”9

The Rangers got their first two men on again in the sixth. Pettis walked to lead off the inning and Franco singled. Palmeiro sidetracked the rally by hitting into his second 4-6-3 double play of the game.

With Pettis on third, Ruben Sierra singled to drive in the Rangers’ first run, cutting the deficit to 5-1. After throwing 76 pitches, Edwards was replaced by Donn Pall. Pall struck out John Russell to end the frame.

In the eighth inning the Rangers made one more serious attempt to get back into the game. Pettis and Franco led off with singles, and Pettis took third on Palmeiro’s fly out to center. Franco stole second to put two runners in scoring position.

Sierra struck out, bringing pinch-hitter Baines to the plate. Scott Radinsky was brought in from the bullpen to face the longtime White Sox outfielder and future Hall of Famer. Radinsky walked Baines to load the bases; DH Jack Daugherty came to the plate as the tying run. But Radinsky coaxed a fly ball to center to end the threat.

Radinsky pitched a scoreless ninth to pick up his fourth save of the season and preserve Edwards’s first major-league win. With 299 fewer career wins than Nolan Ryan, Edwards made the observation, “It’s funny, I grew up watching him throw for the Angels. When I was out there warming up, I could hear him warming up behind me, and it was an eerie feeling.”10 In 62 major-league games over three seasons, Edwards finished with five wins, all in August and September of 1990.

The 2-hour 28-minute game ended just before 1:00 A.M. By the end of the nightcap the ballpark was hauntingly empty. Heavy, damp air from the day’s showers permeated the park and two games’ worth of debris littered the concourse and bathrooms. The 81-year-old edifice was showing its age. Despite the melancholy realization for a few remaining fans that this would be their last time visiting the grand old ballpark, it was still able to produce memorable moments.

I attended this game with three friends. We drove eight hours that day from Western Iowa and stayed for the duration of both games. It was a long day, but a great day.

3 Ryan had followed his 300th win with a complete-game 6-4 loss to the Toronto Blue Jays on August 5.

5 “Chisox Keep the Heat on the Athletics.”

9 “Chisox Keep the Heat on the Athletics.”