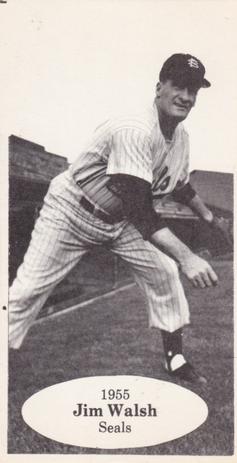 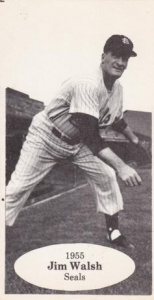 After a promising 1948 season in which they’d finished fourth but only 8½ games behind the National League’s pennant-winning Boston Braves, the Pittsburgh Pirates were beginning a descent in 1949. The team finished sixth that year and either seventh or eighth each season through 1957, but snapped out of its malaise to finish second in 1958 – assembling the team that won the 1960 NL pennant and surprised the mighty New York Yankees in the 1960 World Series.

By August 18, 1949, the Pirates, already sitting sixth and 17½ games behind the first-place Brooklyn Dodgers, were returning home to Forbes Field for a five-game homestand – opening with a makeup game against the Chicago Cubs. The Cubs were in even more dire straits than Pittsburgh, solidly entrenched in the NL cellar, 27½ games back.

Roy Hamey was the Pittsburgh general manager,1 and he’d recently recalled right-handed pitcher Junior Walsh from the Pirates’ American Association farm club in Indianapolis to bolster the mound staff.2 The Pirates used 13 different starting pitchers that season. The 30-year-old, “red-faced, tousle-haired”3 Walsh had been in the Pittsburgh organization for his entire professional career, starting with the Oil City (Pennsylvania) Oilers in the Class D Pennsylvania State Association in 1941.4 A native of New Jersey who had grown up in the northeastern Pennsylvania hard-coal region, he’d spent the 1944 and 1945 seasons in military service and had late-season cups of coffee with the Pirates in 1946 and 1948. He got his first extensive experience in Triple-A baseball later, with Indianapolis in 1949. There, under manager Al Lopez, Walsh logged a 15-4 record in 181 innings with 12 complete games using a “crackling curve ball to mix with his fast one and change of pace.”5 Despite his brief major-league appearances in 1946 and 1948, Walsh still carried rookie status at the time of his 1949 call-up.

Pirates manager Billy Meyer, back for a second season after the relative success in 1948, gave Walsh a start at Wrigley Field against the Cubs on August 10. The righty stopped the Cubs cold on one hit through four innings. In the fifth, however, he allowed singles to three of the first four Chicago batters, then surrendered a two-run double to Roy Smalley. After Walsh settled down to get the last two outs in the fifth and pitched around Frank Baumholtz’s leadoff double to complete a scoreless sixth inning, Meyer lifted him. Although the Pirates mustered four walks to go with their four hits, they couldn’t score against the Cubs’ Doyle Lade. The two fifth-inning runs made Walsh the hard-luck losing pitcher.

Walsh issued two walks in the Cubs’ first inning, one of them an intentional pass to Andy Pafko, but escaped unscathed when he got the next batter, Herman Reich, to roll back to the mound for the third out. And this time, the Pirates got him a first-inning run. With one out, rookie center fielder Tom Saffell doubled off the screen protecting the 300-foot right-field lower deck,7 then Johnny Hopp walked. Cleanup hitter Ralph Kiner – leading the National League with 32 home runs and already with 79 RBIs in the season – drove in another one, plating Saffell with a single up the middle.

Walsh continued methodically, retiring 11 consecutive Chicago batters through the second, third, and fourth innings until, with two outs in the fifth, Wayne Terwilliger launched a “high fly that fell into the pocket” between center fielder Saffell and right fielder Dixie Walker.8 It was Chicago’s first hit, but Lade was up next. Apparently weighing the prospects of rookie nerves against the fact that a pitcher hitting .158 was at the plate with two outs, “Terwilliger was out a moment later when he tried to score the tying run on a steal of home.”9 As Terwilliger started home, Walsh calmly threw a strike; catcher Clyde McCullough was waiting with the ball, cleanly blocked the plate, and tagged Terwilliger out.10

Pittsburgh added another run in the seventh. Stan Rojek led off with a single and Saffell bunted him to second. Hopp advanced him to third with a fly ball to deep right field. But all the small-ball proved unnecessary. Kiner, “with the outfield playing to the left” in recognition of his right-handed power, plopped a “high fly near the right field line.” It was good for a triple. “Rojek crossed the plate with ease.”11

Meanwhile, Walsh continued to plug away efficiently. He retired eight more Cubs in succession through the sixth and seventh innings and got two out in the eighth. That brought Terwilliger to the plate again; he bumped a single to left field – his and the Cubs’ second hit. But this time he stayed put at first base as Smoky Burgess batted for Lade and popped out harmlessly to Eddie Bockman at third base to end the half-inning.

Hal Jeffcoat doubled to lead off the Chicago ninth, bringing the potential tying run to the plate with the heart of the order coming up. Walsh stayed in control. He routinely retired Phil Cavarretta, Bob Ramazzotti, and Pafko in order, wrapping up a three-hit shutout in an efficient hour and 52 minutes. Walsh faced only 31 batters and didn’t waste pitches – his only two walks were those issued in the first inning. He got enough soft early contact that he didn’t go deep in counts and recorded only two strikeouts.

The rookie credited McCullough for his success, pointing to the eight-year veteran backstop in the postgame locker room and explaining, “He’s the fellow who should get the applause.”12

Walsh got five more starts through the rest of the 1949 season, absorbing losses in three of them and getting no-decisions in the others.

The potential Walsh showed early in his 1949 call-up earned him roster spots with the Pirates in 1950 and again in 1951, although he pitched almost exclusively in relief. By 1952, when the Pirates reached the nadir of their nearly decade-long slide with a 43-112 record,13 Walsh was still with the Pittsburgh organization, but pitching for manager Fred Haney and the pennant-winning Hollywood Stars in the top-level, Open classification Pacific Coast League.14 There he was a starter again and posted a 36-25 record over three seasons15 before moving on to the PCL’s San Francisco Seals in 1955.

Walsh wrapped up his baseball career with two games for the Buffalo Bisons in 1956 at the age of 37. In 12 minor-league seasons covering every level from Class D to the Open-classification Pacific Coast League, he logged a 116-86 record over nearly 1,700 innings.

But in two full seasons and parts of three others, this promising mastery of the Cubs on an otherwise forgettable Thursday afternoon in a disappointing Pirate season was Walsh’s only win as a starting pitcher in the majors.

In addition to the sources cited in the Notes, I consulted the Baseball-Reference.com and Retrosheet.org websites for player and team pages, batting and pitching logs, and the box scores for this game.

4 The Pennsylvania State League existed from 1934 through 1942. It was based in the western part of the state and in 1941 had six teams. They represented Johnstown, Butler, Washington, Oil City, Warren, and Beaver Falls. Oil City (53-57) made the playoffs as the fourth-place team but lost to Butler in the first round. Butler defeated Washington in the playoff finals. Walsh tied for second in the league with 16 wins against 10 losses. Al Gionfriddo, of 1947 World Series fame, hit .334 in 91 games for the 1941 Oil City Oilers. 1941 Pennsylvania State League entry, StatsCrew.com, accessed April 21, 2021. https://www.statscrew.com/minorbaseball/standings/l-PASA2/y-1941

13 The Rickey/Meyer Pirates used 15 different starting pitchers in 1952, among then a pair of 18-year-olds, Jim Waugh and Bill Bell. At the other end of the spectrum, 35-year-old Murry Dickson completed 21 of his 34 starts, pitched 277⅔ innings, won 14 games, finished eight others, and saved two, accounting for more than a third of the Pirates’ win total.

14 Walsh probably benefited from being sent to Hollywood. He had a winning record (10-9) for a top (Open) level minor-league pennant winner in 1952 and while with the Stars, he “got into the Hollywood movie-making act when the movie Angels in the Outfield was centered on the Pittsburgh team.” James “Junior” Walsh obituary, Scranton Tribune, November 13, 1990.