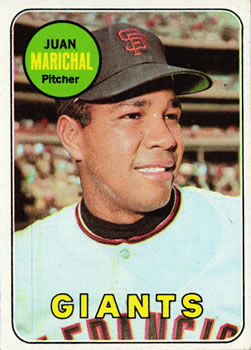 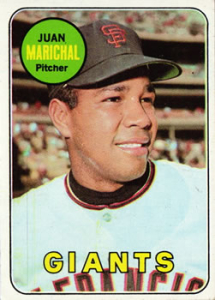 The accomplishments of Lester B. Pearson should be familiar to any Canadian. As the nation’s 14th prime minister from 1963 to 1968, Pearson oversaw the introduction of a national pension plan and universal medicare, as well as the adoption of the country’s iconic maple-leaf flag.1 Pearson was also the first Canadian to win the Nobel Peace Prize, honored in 1957 for his role in helping resolve the Suez Canal crisis.2 In a national poll held in 2004, Pearson was chosen as one of the 10 greatest Canadians of all time.3

A lifelong sports fan,4 Pearson also had extensive baseball connections. He played in the Ontario Intercounty Baseball League, Canada’s top amateur league, whose alumni also include Fergie Jenkins, Jesse Orosco, and Chris Speier.5 While serving as Canadian ambassador to the United States in the 1940s, he was known for closely following the Washington Senators and attending their games, earning a reputation as his country’s Number One baseball fan.6 Pearson was posthumously inducted into the Canadian Baseball Hall of Fame in 1983, and a series of exhibitions between the Montreal Expos and Toronto Blue Jays in the 1970s and 1980s was known as the Pearson Cup in his honor.7

When the Expos became Canada’s first major-league team in 1969, the distinguished statesman was named their honorary president. On August 24, Pearson attended his first Expos game in person at Jarry Park. Sporting the Expos’ red, white, and blue cap – sometimes jauntily backward8 – Pearson threw out the first pitch and watched from a box seat as Montreal faced the San Francisco Giants.

It was Pearson’s good luck as a baseball fan, but poor luck as an Expos supporter, to see a future Hall of Famer take the mound for San Francisco. Juan Marichal, the high-kicking “Dominican Dandy,” entered the game with a 14-9 record and 2.30 ERA – fourth-lowest in the NL among qualifying pitchers. In his previous start, he’d pitched 13 shutout innings against the New York Mets before losing, 1-0, on a 14th-inning home run. Marichal closed the 1969 season with 21 wins, a league-best 2.10 ERA, and a league-leading eight shutouts. He’d faced the Expos once before, on June 13, claiming a complete-game 4-2 win at Candlestick Park.

The Giants entered the game on a four-game winning streak, including a doubleheader sweep of Montreal two days earlier. For the full season, San Francisco showed the Expos little mercy, winning 11 of 12 games – including all six at Jarry Park.

Righty Bill Stoneman, nearing the end of an up-and-down season, opposed Marichal. Stoneman, who had pitched a no-hitter in April in the ninth game in franchise history, entered the game with an 8-15 record and a 4.80 ERA. At the start of play on August 24, he ranked among league leaders in losses, highest ERA, runs, earned runs, home runs, bases on balls, and hit batsmen. He ended 1969 as the NL leader in the latter two categories, though his 11 wins also made him the Expos’ top winner. Stoneman had made two starts against the Giants, both in June, and was a combined 0-1 with an 8.38 ERA against the San Francisco team.

In the first season of divisional play, manager Clyde King’s Giants were locked in a tight pennant race in the NL West. Their 68-57 record and .544 winning percentage put them a fingernail’s-length behind Cincinnati and Los Angeles, who were tied at the top with .545 winning percentages.9 The eventual division champion Atlanta Braves were a scant half-game behind at 69-59, while the Houston Astros lurked two games back at 65-58. (August 24 was the day the Astros picked up veteran knuckleballer Jim Bouton from Seattle to support their pennant drive.10) Only the expansion San Diego Padres were truly out of the running.

In the NL East, Gene Mauch’s Expos were filling the Padres’ role as cellar-dwellers. With a 39-88 record, they were 39 games back. The Chicago Cubs appeared to have a solid grasp on the division lead, with a 5½-game advantage on the surprising New York Mets and an eight-game lead on St. Louis. As of August 24, the Expos had lost four straight games and eight of their last nine.

On a steamy 90-degree day, the underdog Expos came out swinging in the first in front of Pearson, Montreal Mayor Jean Drapeau, and about 23,000 other fans.11 One-out singles by Ty Cline, Rusty Staub, and Ron Fairly gave Montreal its first run. Marichal struck out Mack Jones, but Coco Laboy doubled to drive in Staub, giving the Expos a 2-0 lead. With Fairly on third, Ron Brand grounded out to end the rally.

Matters stayed there until the fourth, when another future Hall of Famer made his presence known. After a leadoff walk to San Francisco’s Dave Marshall, Willie McCovey pounded a slow curve over the right-field fence to tie the game at 2-2.12 The round-tripper was McCovey’s 39th of the season, keeping him five homers ahead of Atlanta’s Henry Aaron, who also went deep that day. (Still another future Hall of Famer, Willie Mays of the Giants, got the day off.13)

Stoneman also surrendered a single and another walk in the fourth inning but shut down the Giants without further scoring. In the bottom half, Marichal hit leadoff batter Jones with a pitch. The Expos’ left fielder advanced to third on two groundouts, but Bobby Wine’s lineout to right field ended the inning.

Another San Francisco power threat, Bobby Bonds, gave the visitors a 3-2 lead in the sixth inning with a solo homer, his 25th of the season. Stoneman hit Dick Dietz with a pitch and surrendered a single to Hal Lanier, but settled down and escaped the inning. The Expos put runners on first and second in the bottom half but wasted the opportunity.

San Francisco added to its lead and chased Stoneman in the seventh. Don Mason led off with a single. Two outs later, a walk to McCovey sent Mason to second, and a single by Bonds brought him home for a 4-2 Giants lead. In the bottom half, fielding and throwing errors14 by San Francisco shortstop Lanier put Wine on second to start the frame, and a single moved Wine to third. But Cline grounded back to the mound into a double play to stifle yet another Montreal threat.

The Expos finally rediscovered their run-scoring touch in the eighth. With Marichal still on the mound, Fairly, Jones, and Laboy hit consecutive singles for one run. Brand grounded to short, and the Giants tried to turn an inning-ending double play, but umpire Frank Dezelan ruled that Laboy had beaten the throw to second base.15 Jones scored on the play to tie the game, 4-4. Wine, who had ended the fourth-inning rally, again ended the inning, this time by striking out.

The lead didn’t last long. Quebec-born reliever Claude Raymond, who pitched a perfect eighth, began the ninth by giving up a single to Mason and wild-pitching him to second. Ron Hunt, who joined the Expos two seasons later, brought Mason home with a booming double to center field.16 A groundout moved Hunt to third. After an intentional walk to McCovey, Bonds’ fly to Cline in center scored Hunt for a 6-4 Giants lead, giving Bonds his third RBI of the game.

Pinch-hitter Bob Bailey began the Expos’ last turn at bat by singling. But Gary Sutherland grounded into a 4-6-3 double play, and Cline ended the game by grounding to McCovey at first, who handled the play unassisted. Marichal scattered 10 hits for a complete-game win, walking one batter and striking out seven. Raymond took the loss, dropping his record to 2-3. The game wrapped up in 2 hours and 6 minutes.

Marichal told reporters the heat kept him from pitching his best: “Although I come from a warm country, I can’t stand the hot weather. I prefer a cold day with no wind. The heat takes something out of me.”17 Expos coach Bob Oldis, meeting the press after the game, praised his opponent: “He’s something else, that Marichal. With runners on base, he certainly knows how to get the ground balls.”18

San Francisco reporters noted that the Giants had moved back into first place for the first time since August 5, in part due to their ability to beat up on the NL’s expansion teams. San Francisco boasted a 19-3 combined record against Montreal and San Diego.19

Montreal papers noted that Pearson received a “moving standing ovation” when he threw out the first pitch and asked him for his thoughts on the Expos. “I’ve watched the team on television and I must say they’re staggeringly exciting,” he replied. “But they’re laying a solid foundation. It took the Mets five years. I hope it takes Montreal no longer than that.”20 As if on cue, the Expos rose to contention in their fifth season, remaining in the chaotic 1973 NL East race until late September.21 Unfortunately, Pearson did not live to see it, dying on December 27, 1972.

This story was fact-checked by Gary Belleville and copy-edited by Len Levin. The author appreciates the assistance of Gary Belleville, who reviewed an early draft.

1 Canadian Encyclopedia biography of Lester B. Pearson, accessed April 1, 2022. The official Nobel Prize website also had an informative high-level biography of Pearson as of March 2022.

4 Canadian Press, “Pearson Most Sports-Minded PM,” Sault Star (Sault Ste. Marie, Ontario), December 28, 1972: 10. This article was accompanied by a photo of Pearson throwing a baseball during a 1962 visit to Kingston, Ontario.

8 A photo of Pearson and club director Sydney Maislin wearing their caps backward appeared in the Montreal Gazette, August 25, 1969: 13. Coverage in the Gazette editions of August 23 and August 25, 1969, reported the August 24 game as Pearson’s first time seeing the Expos in person.

10 In exchange for Bouton, the Astros sent pitchers Dooley Womack and Roric Harrison to Seattle.

11 90-degree weather from several sources, including Dan Rosenburg, “Bonds’ Stock on the Rise as Giants Complete Sweep,” Montreal Star, August 25, 1969: 34. Two Montreal newspapers, the Star and the Gazette, reported the attendance as 22,784, while Baseball-Reference and Retrosheet list it as 23,784.

18 Blackman. Mauch managed the game but left immediately afterward to catch a flight to the West Coast. Oldis spoke to the media after the game in his absence.