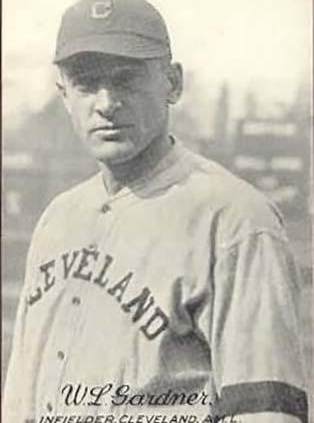 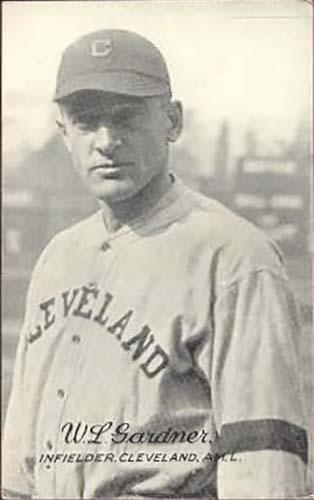 The Chicago White Sox’s 1921 season was the beginning of the club’s Dark Ages. Between 1916 and 1920, the White Sox won a World Series championship and two American League pennants and finished second twice. But for the next 30 years they were perennial second-division finishers, getting no closer to the top than third-place finishes in 1936, 1937, and 1941.

A low point in 1921 was their doubleheader loss to the Cleveland Indians on the Fourth of July. The White Sox, depleted by September 1920 revelations that members of the team had conspired with gamblers to fix the 1919 World Series, had struggled in the first month and a half of 1921, but still held hopes of a turnaround as the season moved to July.

After finishing June with a six-game losing streak to drop its record to 26-38, Chicago won three of its first four games in July. That merely meant that the White Sox were in seventh place as play ended on July 3, only one game ahead of the Philadelphia Athletics.

Of course, that was a lot of “ifs” – and the White Sox still trailed the first-place Indians by 14½ games.

Cleveland had denied the White Sox a repeat American League pennant in 1920, edging Chicago by two games. The season’s dramatic conclusion included Cleveland rookie shortstop Joe Sewell batting .329 down the stretch in place of Ray Chapman, who died on August 17 after being struck in the head by a Carl Mays pitch; and grand-jury testimony regarding the “Black Sox” in the last week of the regular season, leading owner Charles Comiskey to suspend seven players with three games to play and the pennant still undecided. Cleveland went on to beat the Brooklyn Robins in the World Series five games to two. On Independence Day 1921, the Indians led the New York Yankees by two games in a tight American League race.

The first game of the doubleheader started out well for Chicago. Rookie pitcher Cy Twombly had a 4-2 lead going into the bottom of the seventh inning. But Doc Johnston walked to lead off the inning. After Les Nunamaker flied out, pitcher Guy Morton Sr. came to the plate, and “Morton who looked helpless, delivered a two-bagger that scored Johnston.”1 Morton had been 0-for-2 batting to that point in 1921; it was the only double he would hit all season.

Charlie Jamieson doubled Morton to third, and Joe Evans ran for Morton. Bill Wambsganss “then poled an easy short fly to right center and just before [Johnny] Mostil reached it, he stumbled and went sprawling.”2 Thus it went for double that scored Evans and Jamieson. Tris Speaker then singled Wambsganss home for the fourth run of the inning. The White Sox lost 6-4, dropping their record to 29-40. This was a harbinger of what would happen in the second game.

The second game was a real heartbreaker for Chicago and its fans.3 Dickey Kerr started for the White Sox against Jim Bagby Sr. With two outs in the first, Eddie Collins singled and Amos Strunk doubled him to third. Bibb Falk’s single gave the White Sox a quick 2-0 lead. In the bottom half, a walk to Joe Evans, followed by Tris Speaker’s triple, cut Chicago’s advantage to 2-1.

The White Sox surged to a big lead in the second. Ray Schalk singled to lead off and Bagby misplayed Kerr’s bunt. Ernie Johnson had an infield single that loaded the bases. Ray Caldwell replaced Bagby; Eddie Mulligan popped to Sewell for the first out.

But Eddie Collins singled home Schalk and Kerr. Strunk then singled Johnson and Collins home, and the White Sox had a 6-1 lead.

Chicago kept on rolling. After Falk doubled Strunk to third, Guy Morton relieved Caldwell, who had got only one batter out. Johnny Mostil reached first on an error by Wambsganss, allowing Strunk to score for a 7-1 advantage.

Earl Sheely singled Falk home with Mostil advancing to third base. Schalk, batting for the second time in the inning, bunted to third. While Schalk was thrown out at first, Mostil scored while Sheely moved to second. The lead was now 9-1.

Kerr singled to drive Sheely home for the eighth run of the inning. Johnson forced Kerr at second, finally ending the frame. The White Sox led 10-1; in Kerr, they had their second-best pitcher on the mound.

But the Indians began to rally in the third. Bill Wambsganss and Tris Speaker singled to start the inning. Joe Wood fouled a ball off his foot but then singled, scoring Wambsganss. Wood left the game with an injured foot; Elmer Smith ran for him.

This was Shinault’s major-league debut. Cleveland had just purchased him from New Haven of the Eastern League for George Cykowski and $10,000 cash. At the time, this was a large amount of money, especially for a player in Class A.4 Shinault reached first on Collins’s error as Gardner scored, and Cleveland had narrowed the deficit to 10-4.

Morton singled Sewell home for the fourth run of the inning. Jack Wieneke replaced Kerr. He struck out Evans and got Wambsganss, batting for the second time in the inning, to fly out. That ended the inning, but now the White Sox lead was 10-5.

As Cleveland’s half of the fourth inning began, it appeared that the White Sox would maintain their five-run advantage. Speaker and Smith started the inning with groundouts. Thus there were two outs and no one on base. But Gardner singled and Sewell walked. Burns doubled both home and scored when Shinault singled for his first major-league hit. These three runs cut the White Sox lead to 10-8.

White Sox manager Kid Gleason replaced Wieneke in the fifth with Roy Wilkinson. Charlie Jamieson, batting for Evans, doubled and moved to third on Wambsganss’s groundout. After Tris Speaker struck out for the second out, Chicago had a chance to get out of the inning with the lead, but Smith doubled Jamieson home. Gardner’s single drove in Smith. Now the game was tied, 10-10.

Chicago’s nine-run lead had disappeared, but the White Sox attempted to go back ahead in the sixth. Eddie Mulligan reached first on a throwing error by Sewell. One out later, a passed ball advanced Mulligan to second. Then Hervey McClellan, who replaced Amos Strunk in right field in the third, reached first on a throwing error by Gardner; Mulligan held at second. With only one out, the White Sox had runners on first and second.

But Bibb Falk grounded to Wambsganss, who threw to Sewell to force McClellan at second. Mostil batted with runners on first and third, but his popup to Burns ended this threat.

In the seventh inning, with Wilkinson still pitching, Wambsganss opened with a single and Speaker singled him to third. The White Sox appeared to get a break when Elmer Smith lined to Collins, who doubled up Speaker with a throw to Earl Sheely at first.

But Gardner singled Wambsganss home to make the score 11-10, Cleveland. The Indians had come all the way back to take the lead.

Morton closed out the White Sox in the eighth and ninth; he was the winning pitcher of both games, both in relief. Roy Wilkinson was the losing pitcher and his record dropped to 0-8. He lost his next two games before beating the lowly Philadelphia Athletics on July 20. He finished the season with a 4-20 record.

After squandering leads in both games of the Independence Day doubleheader, the White Sox lost again to Cleveland a day later, 16-4. It was noted that it was “in a contest that was almost pathetic, the Cleveland Indians romped over the helpless White Sox again today. … Probably the Sox are in worse shape right now than any time this season.”2 The slim chance that the White Sox could jump in the standings had evaporated. They went on to lose 11 games in a row during a September road trip and finished in seventh place, 36½ games behind the Yankees, who pulled ahead of the Indians in the last week of the season to earn their first American League pennant.

In addition to the sources in the Notes, the author consulted Baseball-Reference.com and Retrosheet.org