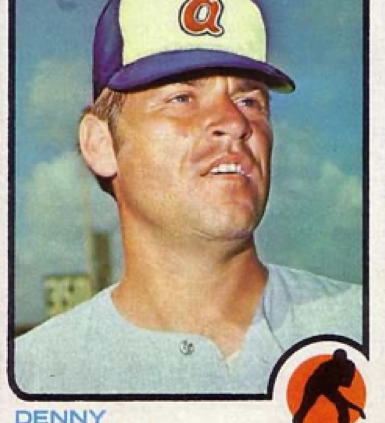 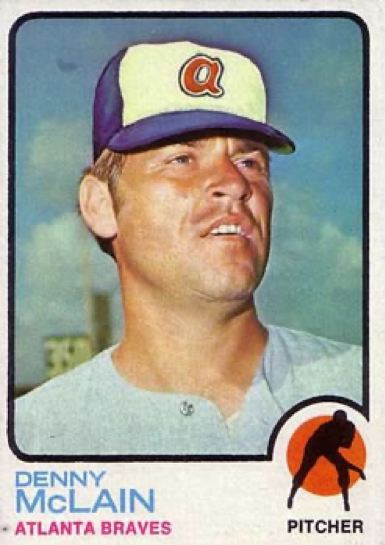 Fireworks shows on Independence Day are an American tradition and a fixture at ballparks across the country. On the Fourth of July 1972, a fireworks show between games of a Chicago Cubs-Atlanta Braves doubleheader might have cost the Cubs a victory and allowed the Braves to escape with a tie.

Leo Durocher’s Cubs entered the day in third place in the National League East with a record of 37-32, 6½ games behind the division-leading Pittsburgh Pirates. Durocher, whose life in the major leagues had begun on the 1925 Yankees, was three weeks shy of his 67th birthday and in his 24th season as a major-league manager, his seventh with the Cubs.

After a slow start to the strike-delayed season in April, the Cubs posted winning records in May (16-8) and June (17-11). Future Hall of Famer Ernie “Mr. Cub” Banks had retired the previous year,1 but the Cubs still boasted established stars Billy Williams, Ron Santo, and Fergie Jenkins, as well as rookie Burt Hooton, who surprised the baseball world on April 16 by no-hitting the Phillies in his fourth big-league game. Chicago had shellacked the Braves in a three-game series in early May, winning all three games by a combined score of 32-2. The teams had also split a two-game series later in May.

Skipper Lum Harris’s Braves began the day in fourth place in the NL West, with a record of 32-38, 10½ games behind the Cincinnati Reds, who led the division by a half-game over Harris’s former team, the Houston Astros. The team’s bright spots were the indomitable Hank Aaron, third in the league with 17 home runs; speedy outfielder Ralph Garr, fourth in hits with 86; and hard-hitting outfielder Rico Carty, fourth in on-base percentage with .409. The Braves got off to a 1-7 start and never played consistently well enough to dig themselves out. They swept three games from the defending World Series champion Pirates at the end of April, then turned around and were embarrassed in three straight games by the Cubs.

According to the Atlanta Constitution, the Braves’ largest home crowd of the year, 50,597 fans, turned out for the doubleheader.2 It was the fourth-largest crowd in Atlanta Stadium3 history to that time.4 Atlanta won the first game, 5-1, on a seven-hitter by Ron Reed and home runs by left fielder Mike Lum and catcher Paul Casanova. The first game started at 6:05 P.M. and lasted just over two hours. A fireworks show followed, delaying the start of the second game.5 The allotted 45 minutes for the show, “grudgingly” agreed to by the Cubs, stretched to 63 minutes.6

The second game featured the Braves debut of a familiar face. Starting pitcher Denny McLain had won 31 games for Detroit in 1968 and 24 in 1969, along with two Cy Young Awards and the American League Most Valuable Player Award. Plagued by poor physical conditioning, accusations of involvement in gambling, personal bankruptcy, and other off-the-field problems, McLain slumped to a 10-22 record for Washington in 1971.7 He pitched five games for Oakland in April and May 1972, going 1-2 with a 6.04 ERA, before being traded to Atlanta for Orlando Cepeda on June 29.

The crowd greeted McLain with a standing ovation as he walked from the bullpen to the dugout and cheered him eagerly during the game. The Atlanta Constitution reported, “The noise was deafening by the Atlanta crowd, hungry for a pitcher who can be called an ace, when McLain struck out Don] Kessinger in the third.”8

Reliable veteran righty Milt Pappas, a former Brave, got the start for Chicago, bringing in a 5-5 record and a 2.95 ERA. Later that season, he pitched a no-hitter against San Diego, narrowly missing a perfect game on a two-out walk in the ninth inning. The Cubs started backups Paul Popovich at second base and J.C. Martin at catcher, while the Braves gave starts to second baseman Gil Garrido and Lum in place of the banged-up Felix Millan and Carty. Aaron also sat out both games, having suffered a minor wrist injury while fielding a groundball the previous night.9 Earl Williams, Atlanta’s regular catcher, spelled Aaron at first base as backup Casanova took over behind the plate.

Atlanta threatened in the first. Garr singled on a groundball that might have rolled foul if first baseman Joe Pepitone hadn’t picked it up.10 Garr stole second and moved to third on a groundout by Lum. Pepitone’s error in judgment did not hurt the Cubs: Center fielder Dusty Baker fouled out to third and Earl Williams flied to center, stranding Garr.

Another Braves rally in the second inning led to the game’s first run. Third baseman Darrell Evans reached on a two-base error as left fielder Billy Williams dropped a “simple” fly ball.11 Casanova blooped a single to center for a 1-0 lead and took second on the throw to the plate. Casanova tried to take third on an infield grounder by Garrido, but Cubs shortstop Kessinger threw him out. Shortstop Marty Perez then grounded into an inning-ending double play.

Chicago took a turn at threatening in the third. Popovich and Martin led off with singles. A bunt by Pappas failed to advance the runner when Earl Williams threw out Popovich at third base, and McLain retired the next two Cubs hitters. In the fourth, Lum made an acrobatic catch to rob Rick Monday of a home run, but Chicago still tied the game 1-1 on a double by Billy Williams and a single by Pepitone.12 The Cubs claimed a 2-1 lead in the fifth on right fielder Jose Cardenal’s ninth homer of the year.

The Braves fought back in the bottom half with a two-out rally. Again Garr provided the spark: He hit an infield single to second base, stole second, and moved to third on an error by catcher Martin. After Pappas hit Lum with a pitch, back-to-back singles by Baker and Earl Williams drove in runs to give Atlanta a 3-2 lead.

The lead lasted until the top of the seventh. With McLain still pitching, Santo led off with a triple to right field. One out later, a sacrifice fly by Randy Hundley, who had replaced Martin an inning earlier, scored Santo for a 3-3 deadlock. Gene Hiser, pinch-hitting for Pappas, struck out to end the inning. Pappas had worked a one-two-three sixth inning, and reliever Dan McGinn did the same for the Cubs in the seventh.

That set the stage for an ending that infuriated Durocher. Cardenal and Kessinger opened the eighth with back-to-back singles to left, putting runners at first and third with none out. Then the skies opened up, delivering a sudden drenching. The Chicago Tribune reported, “There was no hint of rain until just before it struck with full force at a moment when the Cubs were threatening to take the lead.”13

The Atlanta Stadium grounds crew was unable to cover the entire infield with the tarpaulin, leaving an area by third base exposed. The rain continued to fall, and eventually the umpires had no choice but to call the game — making it the major leagues’ only tie game of the 1972 season. The statistics counted, but the game was replayed from the beginning as part of a doubleheader the next night, which the teams split.

Under rules in force at the time, the game would have been suspended if the visiting Cubs had taken the lead but the Braves had not had a chance to tie or pull ahead14 — an outcome that seems entirely possible if the 18 minutes lost to the fireworks delay had been available. Of course, if the Braves had held off on the pyrotechnics until the end of the second game, the teams would have had even more time to play to an outcome.

The combative Durocher blasted the Braves’ grounds crew and filed a protest, calling for the game to be suspended and resumed from its ending point rather than started from scratch. National League President Chub Feeney rejected it.15 Richard Dozer of the Chicago Tribune suggested that Durocher’s protest might drive Major League Baseball to revisit its rules on suspended games: “Hopefully the tirade which Durocher launched against the Braves’ management, their stretched-out between-games fireworks display, and their inept ground crew of college students will do some good.”16

In the long run, the game had no bearing on either division’s pennant race. The Cubs ended the season 85-70 — and one tie, of course — 11 games behind Pittsburgh. The Braves closed the season at 70-84 with one tie, 25 games behind the NL West champion Reds. The Cubs, just two games above .500, replaced Durocher with Whitey Lockman in late July, while the Braves dumped Harris for Eddie Mathews in early August.

McLain, in whom Atlanta fans placed such hope, went 3-5 with a 6.50 ERA in 15 games with the Braves, including eight starts. Released by Atlanta in spring training the following season, he never pitched in the big leagues again.

Image of 1973 Topps card #630 downloaded from The Trading Card Database.

1 Banks remained with the Cubs in 1972 as the team’s first-base coach.

3 The park’s name was not formally changed to the more familiar Atlanta-Fulton County Stadium until February 1975. See Jim Gray, “Fulton County Gets Name on Stadium,” Atlanta Constitution, February 12, 1975: 12A.

4 Wayne Minshew, “Braves Capture First Game 5-1; McLain Leads 3-2 in Nightcap,” Atlanta Constitution, July 5, 1972: 1D. This article called it the fourth-largest regular-season crowd at Atlanta Stadium. But according to Retrosheet, the crowds for the only two postseason games at Atlanta Stadium to that date were actually smaller than the July 4, 1972, attendance. The Braves drew 50,122 on October 4, 1969, for the first game of the National League Championship Series against the Mets, and 50,270 for the second game the next day.

6 Richard Dozer, “Disallow Durocher’s Protest,” Chicago Tribune, July 6, 1972: Section 3, 2. It should be noted that Baseball-Reference tells a different story. Box scores there have the first game ending at 8:12 P.M. and the second game starting at 9 P.M., a gap of 48 minutes between games — not 63. It’s possible that the 63-minute figure reported in the Tribune was exaggerated by Durocher.

9 Jesse Outlar, “Garr’s Stars,” Atlanta Constitution, July 5, 1972: 1D. Aaron was back in the lineup for the second game of the doubleheader against Chicago the next night. Minshew has additional information on Millan and Carty’s injuries.