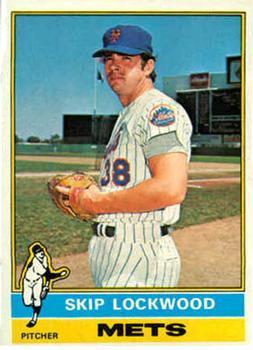 There was a feeling of goodwill in the air during America’s bicentennial year.

When 1976 began, it was less than 18 months since President Richard Nixon’s resignation caused by the Watergate scandal and less than a year since the cessation of military involvement against North Vietnam. But the Bicentennial gave well-needed succor for a country after these challenges to the collective psyche in addition to the tragedies of riots in urban areas; assassinations of Robert F. Kennedy and Martin Luther King Jr.; two assassination attempts on President Gerald Ford; an oil crisis; and the Patty Hearst kidnapping in the past 10 years.

Operation Sail saw more than 225 ships hoisting their sails and maneuvering through New York Harbor to commemorate the nation’s 200th birthday. For Mets fans, they had an added reason to feel proud. Their team’s 42-37 record before the July 4 doubleheader against the Cubs at Shea Stadium included the momentum of a nine-game winning streak.

A victory in the first game extended the streak into double digits. Between the games, a Bicentennial celebration honored “American history from Paul Revere to George M. Cohan.” It lasted nearly 30 minutes.1

Each team started a right-hander — Craig Swan for the Mets and Bill Bonham for the Cubs. Neither allowed a run for the first two innings; New York’s effort offered nary a hint of an offensive threat. Half of the home team’s eight strikeouts occurred when Bruce Boisclair and John Milner whiffed in the bottom of the first followed by Dave Kingman and Wayne Garrett the next inning.

Chicago broke the 0-0 standoff in the top of the third. José Cardenal singled home Rick Monday, who had singled and then stolen second base. Bill Madlock got the third consecutive base hit for the visitors, putting Cubs on the corners. But Milner’s catch of a Jerry Morales foul ball ended the opportunity.

The Mets responded with three runs in the bottom of the third, giving the Independence Day rooters of the blue and orange something to cheer about. Bonham began by loading the bases from Ron Hodges’ single and walks to Bud Harrelson and Swan.

Mike Phillips’ sacrifice fly accounted for Hodges scoring the team’s first run; Harrelson and Swan each advanced one base, and then Bonham loaded the bases again with Boisclair’s walk.

Milner’s single sent the second Met across the plate — Harrelson’s score put the Mets up 2-0. Bonham plunked Kingman with the bases loaded, sending Swan home for the third run of the inning. Joe Torre’s grounder to shortstop Mick Kelleher became a double play, ending the rally and the Cubs’ dismay.

New York added two more runs in the bottom of the fourth; Bonham’s lack of control allowed walks to Garrett and Hodges. Oscar Zamora came from the bullpen, but the right-hander didn’t stem the Cubs’ misfortunes. Harrelson knocked in Garrett with a single.

With runners on first and second, the next batter was Swan. It was no surprise to anyone in Shea Stadium what was going to happen next — Swan laid down a sacrifice bunt that put Hodges on third and Harrelson on second.

Phillips’ grounder to first baseman Pete LaCock resulted in a putout, scoring Hodges for the Mets’ fifth run of the game. Zamora finally let the Cubs fans exhale when he retired Boisclair with a fly out.

The Cubs inched forward with two runs in the top of the fifth from Larry Biittner’s pinch-hit single and Monday’s home run off Swan. Swisher made the score 5-4 an inning later when he doubled home Manny Trillo, who had drawn a walk.

Buddy Schultz became the third Cubs pitcher of the game in the bottom of the fifth inning; Mike Garman succeeded him in the sixth.

Mets manager Joe Frazier sent in righty Skip Lockwood to relieve Swan in the top of the seventh. Lockwood proved to be an offensive threat in the bottom of the eighth when New York batted around and scored its final five runs.

Milner’s double and Kingman’s walk led off the merriment for the Mets. Torre’s attempt at a sacrifice bunt resulted in a bonus — Swisher’s error put him on second base, and allowed Milner to score and Kingman to reach third base.

Cubs left-hander Darold Knowles headed to the Shea Stadium mound, but the barrage continued. After an intentional walk to Garrett — presumably to load the bases and set up a double play — Hodges whiffed. But Harrelson’s single sent Kingman home for the Mets’ sixth run.

With Torre and Garrett both in scoring position, Lockwood doubled them home. It was a family affair. “I got that hit for my father,” explained the right-hander. “He drove down from Boston and told me the roads were empty. I left my place in Westchester and there was nobody on the Hutch [nickname for the Hutchinson River Parkway], nobody on the road. It was spooky.”2

Lockwood pitched in 56 games during the ’76 season, the first of three straight seasons leading the Mets in appearances. Although he didn’t get many chances at the plate, he made them count. In 18 at-bats, he hit safely six times for a .333 average.

New York tallied nine runs on six hits and eight walks to counter the eight strikeouts. In comparison, the visitors had a better performance at the plate — four strikeouts and eight hits.

Milner and Harrelson led the home team’s offense, each going 2-for-3. Harrelson notched two RBIs. Milner, one. Phillips had an 0-for-4 game, but he was responsible for two runs with the sacrifice fly in the third and the bases-loaded grounder in the fourth.

It’s logical to assume that a 10-1 record in 11 games against the NL competition would have been sufficient to make a substantial move upward in the Eastern Division standings. That was not the case. The Phillies were dominant, with an 8-3 record in their last 11 contests. They won the NL East with a 101-61 record. The Mets finished third at 86-76, their best record since their 1969 World Series champions and their last winning season until 1984.

The Cubs’ win in the second game of the July 4 twin bill broke a nine-game losing streak, another stage in a poor campaign for the Windy City North Siders — their season ended at 75-87 and in fourth place.

In addition to the sources cited in the Notes, the author relied on pertinent information from Baseball-Reference.com and Retrosheet.org, including the box scores.