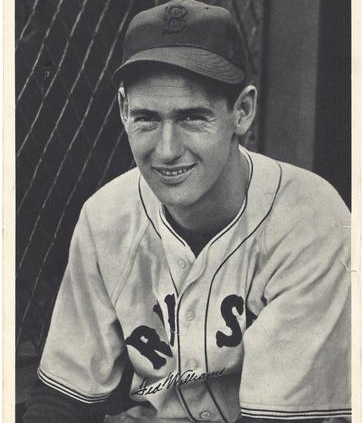 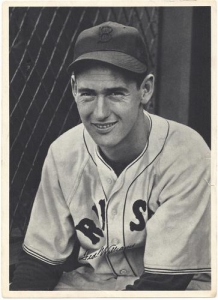 The Chicago White Sox hosted a Sunday afternoon doubleheader at Comiskey Park. The Boston Red Sox were the visitors. On Friday night, Boston had beaten Chicago, 5-1, and on Saturday afternoon the Red Sox had won, 5-2. Sunday represented an opportunity for the White Sox to salvage a split, should they sweep the doubleheader. Future Hall of Fame pitcher Ted Lyons was set to start the first game and Browns and White Sox veteran Jack Knott the second. Jimmy Dykes was Chicago’s manager, and Joe Cronin was player-manager for the Red Sox. The Red Sox had their own future Hall of Famer starting the first game – Lefty Grove.

Neither pitcher allowed a run for the first four innings. In fact, Lyons allowed only one runner to reach base – a one-out single in the top of the first by center fielder Doc Cramer, a ball that had struck Lyons and gone to shortstop Luke Appling.

Grove allowed a leadoff single by second baseman Eric McNair in the bottom of the third. With catcher Mike Tresh at the plate, there was a strike-’em-out, throw-’em-out double play: Grove striking out Tresh while Boston catcher Gene Desautels threw the ball to Bobby Doerr at second base to catch McNair attempting to steal.

The next batter to reach base for the White Sox didn’t come until the bottom of the fifth. With one out, shortstop Appling singled. The next batter up was left fielder Moose Solters. He homered to the stands in right-center field. It was 2-0, White Sox.

The White Sox built on their lead in the bottom of the seventh. Taft Wright led off with a three-base hit to left-center. Appling flied out to right field. Wright tagged and scored. Grove got both Solters and McNair to ground out, but the game was heading into the eighth and the Red Sox were losing, 3-0.

Lyons had given up just one base hit in the game, that scratch single of Cramer’s in the first inning. Ted Williams, 21 years old and in his second major-league season, had previously hit the ball twice to the left side, a fly ball in the second and a grounder to third base in the fifth. This time he tripled to left-center field. Joe Cronin followed with a single to center and the Red Sox had their first run of the game. Third baseman Jim Tabor grounded into a double play. Lyons walked Desautels, and Cronin decided to pinch-hit for Grove, calling Stan Spence off the bench. Spence singled, but Doerr grounded into a force out at second base. The White Sox held a 3-1 lead.

The new Red Sox pitcher was Jim Bagby Jr. He got one out, walked Lyons, and then got two more outs.

The game headed into the ninth inning, with Lyons holding a two-run lead. The first Red Sox batter up was Doc Cramer. He drew a base on balls. Right fielder Lou Finney fouled out to the catcher, Tresh. And Jimmie Foxx struck out, looking. The Red Sox were down to their final out.

Ted Williams was up. He reached base, but only through the courtesy of McNair, who fielded his grounder to second and threw the ball wide of first. Cramer stopped at third; Williams reached second as the potential tying run.

Cronin then singled toward second base and drove in both Cramer and Williams. McNair misplayed another one. He “fell down as he reached the ball. His throw to first pulled Kuhel off first. Coach Tom Daly at third smartly waved Williams to keep on going.”1 McNair had made a “spectacular” stop of Cronin’s drive, but instead of holding the ball and letting just one run score, he tried to throw to first “from a reclining position.”2 Lyons struck out Tabor for the third out, but the game was tied.

Bagby struck out center fielder Mike Kreevich to open the bottom of the ninth. Taffy Wright singled, but Appling lined into a double play, Doerr to Foxx, and the game went into extra innings.

Lyons remained in the game. He got three batters to fly out in the top of the 10th, two of them on infield flies.

In the White Sox’ 10th, Solters singled off Bagby. Larry Rosenthal ran for Solters and reached second on a sacrifice bunt, with McNair reaching first base safely on his bunt. Tresh hit the ball back to Bagby, who threw to Tabor at third for a force out. Lyons flied out and so did Bob Kennedy.

In the 11th, Lyons retired the side in order again. First baseman Joe Kuhel got his first hit of the game, a double. Kreevich hit the ball to right field, and it turned into a double play when Finney caught the ball and earned himself an assist – Finney to Foxx to Tabor, according to the Boston Globe – that nabbed Kuhel.3 Wright doubled. Bagby then walked the next two batters, Appling and Rosenthal. McNair flied out to Ted Williams in left field.

The game moved into the 12th inning, and the 39-year-old Ted Lyons was still on the mound. Williams, in from left field, stepped into the batter’s box. He hit a home run, “a terrific drive into the upper right-field stands.”4

Lyons recorded outs from the next three batters, and the Red Sox took their first lead of the day into the bottom of the 12th.

Bagby got Tresh to ground out to Cronin. Ken Silvestri pinch-hit for Lyons. He popped up foul to Desautels. Bob Kennedy also fouled out, popping up to third base. Bagby got the win.

It was a two-triple day for Williams. He hit another in the second game of the Sunday doubleheader, and hit a double, too. The Red Sox won the second game, 14-5. They got out to a fast start and led 10-2 by the top of the fourth inning. Foxx, Cronin (twice), and pitcher Jack Wilson (twice) all homered for the Red Sox. Wilson was 4-for-5 and pitched a complete game. Boston had 20 base hits and 40 total bases and left 12 runners on base.

Ted Williams greatly respected Ted Lyons. He cited him as one of the least predictable pitchers, “moving the ball all the time, giving you something here, then a curve there, then a little extra on the fastball, moving the ball all the time. Much tougher to guess with. A guy like Lyons would fool you because you’d have him figured and he’d come right back and cross you up. Ninth inning, wind blowing out, you have just hit his fastball the last time up, you know he can’t throw a fast ball now, and sure enough he’d throw it and then come right back and throw it again. Lyons was that exception they told me about when I first came up: Don’t guess with this guy. Hit what you see. It was fun for a young hitter to face a guy like Lyons. I often wish I could do it all over again.”5

In addition to the sources cited in the Notes below, the author relied on Baseball-Reference and Retrosheet for pertinent information, including the box scores.