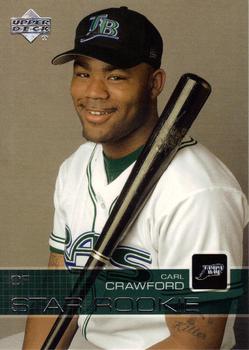 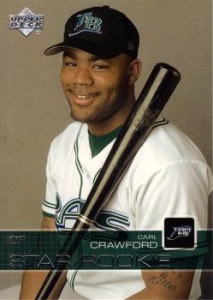 Lou Piniella was coming home. The Tampa native signed a four-year contract to manage the Tampa Bay Devil Rays on October 29, 2002.1 At the press conference announcing his signing, he said, “For 40 years now, I’ve been packing for spring training. I don’t need to pack anymore.”2

Piniella had successfully managed other teams over the past 16 years. Less than two years after his final game as a player, he became manager of the New York Yankees in 1986 but left after two seasons over differences with owner George Steinbrenner. Then Piniella took the 1990 Cincinnati Reds to the World Series. He spent 10 years managing the Seattle Mariners, piloting them to the playoffs four times.3 Fans were hopeful that Pinella could bring that success to the Devil Rays, who had never won more than 69 games in their five-year history.

“I’m not going to say we’ll be a playoff team next season, but I think I have an idea of how to put a team together to win,” Piniella, now 59 years old, said at the news conference announcing his signing. “I believe in no shortcuts to success. I believe in hard work. I believe in dedication. I believe in pride. I believe winning can become a habit as much as losing can.”4

A crowd of 34,391 filled Tropicana Field on Opening Day to see if Piniella would work some of his magic on their team, with the Devil Rays hosting the Boston Red Sox. All spring he had been telling the media and fans that “we’ve got a much better ballclub than people expect.”5

Joe Kennedy took the mound for the Devil Rays. The 23-year-old left-hander had come up through Tampa Bay’s organization. After splitting time between the Durham Bulls, the club’s Triple-A franchise, and the Devil Rays in 2001, he spent 2002 in the majors, compiling an 8-11 record with a 4.53 ERA as a starter.

Kennedy struggled in the first inning in the ’03 opener, giving up three runs, all three of them unearned. After Todd Walker reached on second baseman Brent Abernathy’s error, Nomar Garciaparra’s single moved him up a base. Walker scored on another error when Aubrey Huff mishandled Manny Ramirez’s hard groundball down the third-base line.

Kevin Millar singled to load the bases, and Shea Hillenbrand’s double to right field scored two more runs. Kennedy finally got out of the inning on a strikeout and a groundout, but Piniella’s new-look Devil Rays were down three runs before they had even come to bat.

Pedro Martinez started for Boston. The three-time Cy Young Award winner, who had finished second in the AL voting to Barry Zito of the Oakland A’s in 2002, was 8-2 against the Devil Rays since joining the Red Sox in 1998. The last time Tampa beat him was on May 6, 2000, when he lost 1-0 despite a six-hit complete-game effort.

Martinez continued his mastery of the Devil Rays. Tampa did not hit anything out of the infield until Abernathy’s fly out to center field in the third. Their first baserunner came when Martinez walked the next batter, Rey Ordoñez. But Carl Crawford’s weak groundball back to the mound ended the frame one batter later.

Rocco Baldelli, one of two 21-year-old outfielders in the Devil Rays starting lineup, got Tampa Bay’s first hit when he led off the fourth with a double down the left-field line. It was Baldelli’s first major-league hit. After Huff flied out to right, Travis Lee’s groundout pushed Baldelli to third. Martinez hit Al Martin before striking out Ben Grieve to end Tampa’s threat.

The Red Sox added another run in the fifth. Walker and Garciaparra led off with singles. Kennedy hit Millar to load the bases. Hillenbrand’s groundout to second brought Walker across the plate. This gave Martinez a four-run lead that probably seemed insurmountable to many fans at Tropicana Field. Kennedy prevented any further damage by getting Jeremy Giambi to ground out.

The Devil Rays broke through with a run in the seventh. Martin led off with a single and moved up when Martinez hit Grieve. Toby Hall’s fly out pushed Martin to third. Abernathy grounded to third, and Martin broke for the plate, scoring on Hillenbrand’s errant throw. Martinez held the Devil Rays to one run when he got Ordoñez to ground into a double play.

Martinez did not return in the eighth despite giving up just three hits and throwing only 90 pitches. At this point Boston turned to its “controversial bullpen by committee.”6 After the team did not re-sign 40-save closer Ugueth Urbina, manager Grady Little announced during spring training that he would use several relievers interchangeably rather than rely on one closer.

Right-hander Ramón Mendoza pitched a perfect eighth for the Red Sox. Then left-hander Alan Embree took over in the ninth.

Travis Lee led off with a single. Piniella now showed his first “magic touch” when he went to his bench and sent Terry Shumpert to pinch-hit for Martin. The right-handed Shumpert, a career .255 hitter, had signed with the team three days earlier. Many in the crowd were probably wondering what Piniella was doing.

But all that changed when Shumpert sent Embree’s first pitch over the left-field fence. The score was now 4-3. “Lou knew he was going to get a good at-bat from Shump,” said Martin afterward. “Some of the stuff Lou does, you wonder what he’s thinking. I’ve seen him pinch-hit a lefty for a lefty. But it usually works out.”7

Grieve followed with a single. Little replaced Embree with right-hander Chad Fox. Piniella’s next bit of “magic” came when he sent in Damian Rolls to run for Grieve. Piniella told Hall to bunt but he struck out instead. Next Piniella tried a hit-and-run. Abernathy hit a groundball up the middle and it looked as though Garciaparra might turn the double play. But Rolls slid hard into second, preventing Garciaparra from making the relay to first.

Piniella had been telling the team that they played hard and Rolls’s efforts showed that his words were paying off. “Nomar is a swift fellow,” said Rolls. “I didn’t know if I was actually going to get contact but I knew I wanted him to hear me coming down the line, let him know mentally that if you don’t get out of the way I’m going to plow you over.”8

After Rolls kept the rally going, Piniella went to his bench again. Marlon Anderson batted for Ordoñez and drew a walk. This brought up Crawford, the other 21-year outfielder for Tampa. Crawford said he told himself, “I know I can hit. No matter that I’m already 0-for-4, don’t get down. Just go up there and get a base hit so we can tie the game up.”9

Crawford fouled off the first four pitches, then took a ball. He connected on the next pitch, sending it sailing into the right-field seats. “I didn’t think it was a home run; I was … ready to get another triple,” he said. “That was the biggest hit ever – so far.”10

As Crawford crossed the plate, he was mobbed by his teammates. The crowd stood cheering and applauding him. “His home run gave me a headache,” Shumpert told reporters in the locker room.11

The Devil Rays win ended Boston’s 11-game winning streak at Tropicana Field. It was also the second time that they had beaten the Red Sox by scoring five runs in the ninth inning. The first was July 23, 2002, when the Devil Rays won 5-4 at Fenway Park. In this one, Seth McClung, who relieved Kennedy in the eighth and pitched two scoreless innings, earned his first major-league win.

After the game, Martinez expressed some frustration with the team’s decision to go with the bullpen-by-committee decision. “When you have a guy who saved 40 games for you, it’s difficult for you to understand that you’re going to really just hand the ball to a committee that you’ve never seen before.”12

But Little stood by the strategy, saying, “We thought we had it in our favor with Embree in the ninth but it didn’t work out that way. We didn’t make the pitches but we have all the confidence in the world in [the Red Sox reliever corps]. I don’t think that one game will dictate the tone of the season.”13 14

As for the Rays, Abernathy perhaps best summed up the game and the beginning of Piniella’s tenure as manager by saying, “For eight innings things didn’t look good for us, but the staff and the players maintained that intensity until the ninth inning and it worked out for us in the end. There’s a different feeling in the clubhouse, there really is. And it’s a good feeling.”15

“Great day for the franchise,” Piniella said. “Let’s try not to get euphoric. At the same time let’s try to build on this.”16

Unfortunately for the Devil Rays, they were not able to “build” on their victory and ended up finishing with a 63-99 record. Piniella managed the Devil Rays to a team-record 70 wins in 2004 but never succeeded in matching his previous success as a manager during his three years at the helm.

1 Piniella signed with the Devil Rays after they worked out an agreement with Seattle to send Randy Winn to the Mariners in exchange for Piniella. The Devil Rays gave Piniella a four-year, $13 million contract with additional incentives. Piniella had personal as well as professional reasons for returning to Tampa. His father was in ill health and his daughter needed his support as she went through a divorce.

3 Piniella also won the Manager of the Year award twice during his tenure in Seattle, first in 1995 and again in 2001.

14 The Red Sox eventually finished with a 95-67 record. Their record left them in second place in the American League East, six games behind the New York Yankees. They made the playoffs, beating the Oakland A’s in the Division Series before losing to the Yankees for the American League championship. The closer-by-committee approach took place after the Red Sox decided to save money by not signing Urbina after signing numerous sluggers like Kevin Millar, David Ortiz, and Bill Mueller in the offseason. This led to them to sign several inexpensive relievers. After the first two weeks of the season, the bullpen had blown three of its five save opportunities. Their ERA was 6.90 and teams were batting .319 against them. The Red Sox designated Brandon Lyon as closer by early May before trading for Byung-Hyun Kim to end the experiment.