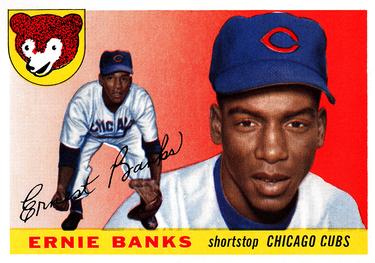 The Brooklyn Dodgers were on a mission in 1955. The Boys of Summer were planting springtime seeds of success and entered this mid-May game in Chicago with a record of 22-2, leading the National League by 9½ games and undefeated in their first 11 road games.1

With Russ Meyer on the hill, the Dodgers had to be confident that the streak would extend. Meyer had topped the Cubs 17 straight times since last losing against his former team on July 16, 1950.2

By contrast, 32-year-old rookie John Andre was facing the mighty Dodgers for the very first time, in the second of his three starts for the Cubs in what turned out to be his only major-league season.3 The Cubs were looking to even the series after being shut out by Don Newcombe 3-0 in game one of the two-game midweek set. 4

A paid crowd of 10,637 settled in for the 1:30 P.M. Wednesday game on a cloudy 70-degree day with a southerly wind blowing out to left field at 10-15 mph.5 Tuesday’s game was a pitcher’s affair, but the midweek matinee came right out of the gate as a slugfest.

Andre walked Junior Gilliam to lead off the game. One out later, Duke Snider hit a drive to center field. Eddie Miksis charged, but the ball took a bad hop and bounced past him for a triple to score Gilliam. Roy Campanella drove in Snider with a single through a drawn-in infield into right field, and the Dodgers were up 2-0.

Undeterred, the Cubs responded in their half of the first. Miksis lined a single to center field to open the inning. Gene Baker followed with a double to right, and Miksis held at third. After a groundout to first base, Ransom Jackson drew a walk on four pitches to jam the bags. Likewise, rookie Ted Tappe never saw a strike to push Miksis home for the Cubs’ first run.

Ernie Banks was in his second full season as a Cub and would be recognized as a slugger after hitting 44 homers in this ’55 campaign. Five of those home runs were grand slams, setting a major league record at the time.6 The very first salami7 happened in this at-bat with a shot that cleared the blooming ivy growing on the left-center-field wall. At the end of an action-packed first inning, the Cubs led 5-2.

The Cubs increased their lead in the third. All the damage came after two outs. Clem Labine, who replaced Meyer after the first inning, gave up a single to Tappe. Perhaps wary after Banks’ first at-bat, Labine worked cautiously with two outs and walked him. Dee Fondy followed with a blast over the 400-foot sign in center field to boost the Cubs’ lead to 8-2.

Under normal circumstances, a six-run lead might seem secure, but the Dodgers were persistent and came back in the top of the fourth inning. A single by Gil Hodges was followed by a walk to Jackie Robinson. Carl Furillo singled to center field to send Hodges home, and Robinson moved to third. Another walk, to pinch-hitter Frank Kellert, loaded the bases and sent Andre to the showers. Hal Jeffcoat came on to induce a double play, but then gave up a single to Pee Wee Reese, scoring Furillo and Kellert. The Dodgers had retrieved the three runs they lost in the third. Cubs 8, Dodgers 5.

The fifth and sixth innings were scoreless, but the Dodgers turned the heat back on in the seventh. Snider led off with a walk. Campanella drove him in with a triple to the right-field wall. Sandy Amoros struck out, but Hodges followed with a walk. Robinson drove home Campanella with a single to center field, moving Hodges, the tying run, to within 90 feet of home plate. Jeffcoat relinquished the hill and Jim Davis came on to try to put out the fire.  Things were indeed tense for the home team.

Furillo was the first batter Davis faced. Just as Jeffcoat had done with the first batter he faced, Davis lured a groundball to second base that turned into a 4-6-3 inning-ending double play to avert further damage. The game moved to the home half of the seventh inning with the Cubs clinging to an 8-7 lead.

Nobody sang to start the bottom of the seventh inning in Wrigley Field; it was 1955.8 But the Cubs rallied anyway, as both managers started strategizing as if it was October instead of May: Walter Alston perhaps to extend the winning streak; Stan Hack possibly to preserve Cub pride.

Miksis led off with a walk and moved to second on Baker’s bunt. At this point, with lefty Bob Speake due up, Alston moved Furillo from right field to left and Amoros from left to right. Hack countered by pinch-hitting right-handed hitter Hank Sauer for Speake. Sauer struck out. After an intentional pass to Jackson to set up a double play, Billy Loes came on in relief.

The Cubs countered with pinch-hitter Walker Cooper. The crafty 40-year-old veteran responded with a liner to left, driving home Miksis and advancing Jackson to second, then jogged off the field in favor of pinch-runner Jim Bolger. Banks stepped to the plate and hit a grounder to short that befuddled Reese, whose errant throw to first allowed Jackson to score from second and regain the Cubs’ three-run advantage at 10-7.

The Cubs then shuffled their entire outfield for the eighth inning, Bolger stayed on to play center field. Miksis moved from center to right. Jim King entered the game to play left field. The move proved strategically sound.

Of course, the Dodgers charged right back. Don Hoak singled to lead off the eight. After Gilliam struck out, Reese doubled to right, driving home Hoak, and then took third on a wild pitch with Snider at the plate.

Snider hit a fly to left. King made the catch, just far enough out to induce Reese to tag up and attempt to score. King’s throw beat Reese home, and the veteran shortstop was tagged out standing up to end the inning.

According to Chicago Tribune sportswriter Edward Prell, Harry Chiti, the 22-year-old catcher, waited until “the last split second” to make a move to catch the throw, deking Reese in the process to prevent the run. It went in the books as a 7-2 double play.9 The fledgling Sports Illustrated even captured the tag in a photo captioned, “Stand-up charge by Dodger Pee Wee Reese fails.”10

In the Cubs’ half of the eighth, Miksis tripled with two outs in an attempt to add an insurance run but was left stranded, and Chicago’s lead remained 10-8.

A tense game moved to the ninth inning. Roscoe McGowen of the New York Times observed, “The constant threats by the Brooks kept the fans keenly interested. … (They) seemed to feel the Dodgers would pull out the game. They’re not over-confident about the Cubs.”11

After Campanella’s leadoff lineout to left fielder King, Dixie Howell batted for Amoros and doubled. Hodges singled, moving Howell to third. Robinson came to the plate representing the go-ahead run with two runners on and the Dodgers two runs behind.

Robinson grounded to Banks. He flipped it to Baker, who turned the 6-4-3 twin killing with a throw to Fondy to log Chicago’s third straight inning-ending double play and end the thriller.  “And that, children, is how the Cubs finally beat Meyer and those mean, mean Dodgers.”12

A nailbiter indeed: The Chicago Tribune published a photo on the front page of the sports section captioned, “Victory Tough to Nail Down,” featuring manager Hack flashing his bitten fingernails to reflect the tension of the contest in a postgame photo with Banks, Fondy, and Davis. Cubs pitchers allowed 14 hits and walked seven, allowing the Dodgers 21 runners for the game. But the Cubs had five double plays and the Dodgers left eight more runners on base, keeping Brooklyn behind at the end.

The game was in the midst of a trilogy of meaningful May milestones at Wrigley Field in 1955. Newcomb’s near-no-no, coupled with Snider’s 200th career homer,13 kicked off the eight-game homestand on May 10.

The second game of the sequence, with Banks’ first grand slam of a record-setting season and the end of Brooklyn’s 11-game road winning streak, is addressed in this article.

The next day, May 12, with the Pittsburgh Pirates in town, Sam Jones became the first Black American to throw a no-hit game in the post-integration major leagues, winning 4-0.  Jones walked the bases loaded in the ninth inning, then struck out the side, keeping the fans on the edge of their seats yet again.

The author thanks John Fredland for editing expertise for this contribution to the Games Project.

The author consulted Baseball-Reference and Retrosheet.org for box scores, play-by-play information, and other pertinent data.

In addition to these sources, the author also accessed SABR.org, the Sports Illustrated Vault and The Sporting News archive via Paper of Record.

1 Despite winning four National League pennants from 1947 through 1954, the Dodgers had not won the big prize. They started the 1955 season with 10 straight wins, lost two of three to the rival New York Giants, defending 1954 National League champions, then won 11 more in a row, logging a victory versus every other NL team in the process. Meanwhile the Cubs had confirmed their reservation for a 20-year residency in the NL second division that also started in 1947.

3 John Andre got his shot at “The Show” with the Cubs after being named the 1954 Texas League pitcher of the year for the Shreveport Sports. A native of Brockton Massachusetts, Andre had as his batterymate on the Brockton CYO baseball team Rocky Marciano, who went on to be world heavyweight boxing champion. Andre joined the military in 1941 and was stationed in Hawaii during the Japanese attack on Pearl Harbor. He suffered a head injury when he was blown off a telephone pole in the raid and was awarded the Purple Heart. https://www.baseballsgreatestsacrifice.com/wounded_in_combat/andre-john.html

4 Don Newcombe faced the minimum 27 batters in a dominating pitching performance to lift his season record to 4-0. Only a one-out single by Gene Baker in the fourth inning stood between Newcombe and a perfect game. Baker was erased trying to steal second base to end the fourth inning.

6 Don Mattingly in 1987 and Travis Hafner in 2006 surpassed Banks with six grand slams in a season. As of the end of the 2020 season, Banks’ five grand slams tied Albert Pujols for the NL record.

7 Jack Lang, “Baseball bit,” Jersey Journal (Jersey City, New Jersey), September 3, 1966: 10. “‘In that way I always manage to get a nice big salami delivered to my home by the Hebrew National salami people,’ Banks laughed (commenting on why he would call a grand slam a grand salami).

8 From the early 1970s through 1997, play-by-play announcer Harry Caray, first with the Chicago White Sox, then with the Cubs, would lead the crowd in singing “Take Me Out to the Ball Game” during the seventh-inning stretch.

10 A photo captured by a new magazine called Sports Illustrated captured Chiti’s tag on Reese, who appears caught off guard and caught at the plate as well. Vault.si.com, May 23, 1955: 29.

13 The ball Snider hit for his 200th home run is enshrined in the Baseball Hall of Fame. https://collection.baseballhall.org/PASTIME/duke-snider-200th-career-home-run-ball-1955-may-10-1.