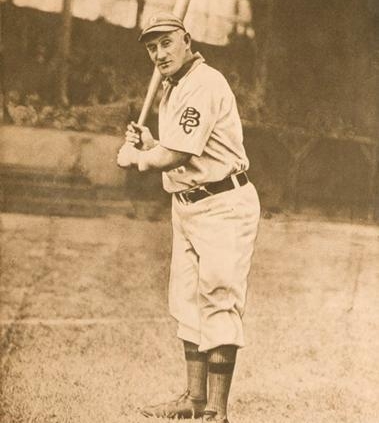 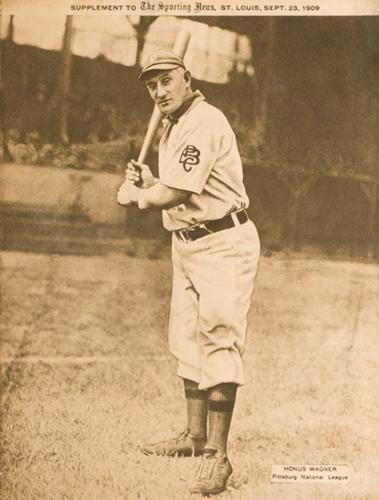 At the close of the 1908 baseball season, Cleveland pitcher Addie Joss in a syndicated newspaper column called Honus Wagner “one of the greatest players baseball has ever produced.” It was a commonly held belief in and around baseball that the 34-year-old was the game’s best player. Joss talked about Wagner’s “size and build,” his “big hands,” and his “great arm.” Joss also noted that Wagner’s hitting was so good that “there is no use saying anything about his ability with the stick, as his average every season shows how good he is in this department of the game.”1

Joss also highlighted Wagner’s speed, especially for such a seemingly awkward big man. In the field, Honus ran “just as fast close to the ground” as he did straight up, which made him such an expert defensive infielder. And on the basepaths, Joss said, Wagner, nicknamed the Flying Dutchman, was as great as they came, adding that fellow players marveled at the way he broke for second base. “His first leap seems to carry him 10 feet, and, once he is under full steam, he simply eats up the distance between the bases,” wrote Joss.

Before the start of the 1909 season, there was rampant speculation that Wagner, who celebrated his 35th birthday in February, was going to retire.2 It wasn’t the first time his exit from the game was theorized. Through the fall and winter months, Wagner didn’t address his future baseball plans, but instead resumed his semipro basketball playing and focused on his various business ventures in and around his home of Carnegie, Pennsylvania, just outside of Pittsburgh. He owned an oil well,3 invested in real estate, partnered in a car dealership, and—in a revelation that received national attention—announced the creation of a new traveling circus, the “Hans Wagner & Brothers Circus and Congress of Athletics.”4 Between attending to his business interests and a hand injury he suffered on March 20 playing basketball,5 he failed to join his teammates for spring training at Hot Springs, Arkansas.

By the third week of March, Wagner finally reported that he had indeed signed a new contract with Pirates owner Barney Dreyfuss and would be ready to join the team at its opening game at Cincinnati on April 14.6 Despite all the offseason distractions and preseason rumors, Wagner immediately showed that by the time he joined his teammates, he was as ready and focused for a new baseball season as he had ever been.

Wagner got his 1909 season off to a quick start, batting .333 in the opening month, despite the Pirates’ pedestrian 5-6-1 record for April. Included in the victories was a 12-inning 1-0 victory over the Cubs in Chicago on April 18 on their way home from the opening series against Cincinnati. The April 19 and April 20 games in Chicago were postponed because of cold weather.

The Pirates opened May with a four-game series sweep at West Side Grounds against the Cubs, outscoring the defending world champions 21-4. In the series, Wagner batted .500, scored four runs, had five RBIs, and stole six bases. The series foreshadowed the season ahead for both the Pirates and Wagner.

The Pirates and Cubs were initially scheduled to start the series in Pittsburgh for two games on April 29 and May 1, then travel to Chicago for May 2, 3, and 4. But heavy rains drenched Pittsburgh’s Exposition Park field on April 29 and the threat of flooding from the rampaging Allegheny River wiped out both dates.7 The teams traveled to Chicago for an afternoon doubleheader on May 2, one game of which was a makeup for the postponed April 19 game. Though the temperature was in the mid-30s and stiff crosswinds precluded the grounds crew from even raising any pennants or flags, the teams played on.8

The first game featured a matchup between the teams’ second-best starters, Howie Camnitz for Pittsburgh and Orval Overall for Chicago. Each team scored two runs in the first inning, but Camnitz and the Pittsburgh defense settled in and didn’t allow another run. Pittsburgh added single runs in the third, eighth, and ninth to seal the 5-2 victory. Wagner was 2-for-4 with two RBIs.

But it was Wagner’s play in in the first inning of the second game that garnered headlines around the country. Cubs pitcher Ed Reulbach walked Pittsburgh’s leadoff man, Jap Barbeau, to start the game, and the third baseman promptly stole second. Center fielder Tommy Leach flied out to right, and Reulbach then walked left fielder-manager Fred Clarke. With runners on first and second, Wagner hit a grounder to Cubs shortstop Joe Tinker, who flipped it to Heinie Zimmerman at second to force Clarke for the second out. Wagner beat the relay to first, and Barbeau moved to third.9

On Reulbach’s first pitch to Bill Abstein, Wagner stole second. Catcher Pat Moran’s throw was low and got away from Tinker, allowing Barbeau to score the game’s first run. On the next pitch, the Flying Dutchman easily stole third. The feat garnered sarcastic excitement from the crowd of 12,000 at the West Side Grounds.10

Wagner timed his dash splendidly and before Bid Ed could untangle his waving arms and legs, to say nothing of his wits, he was within a jump of the pan. With that final jump he cleared the remaining distance and actually hit the plate before the ball left Reulbach’s hand. It was the cleanest, most unquestioned steal of home … ever yet accomplished.11

The Pittsburgh Gazette report added that the nine Cubs players in the field and the fans in the stands stood still in “amazement” at Wagner’s feat.12

Reulbach, who appeared rattled, hit Abstein, sending him to first. The big first baseman then stole second. Tinker missed a grounder by Pirates second baseman Dots Miller as Abstein moved to third. Miller then stole second, and right fielder Chief Wilson’s double to deep left scored both baserunners. Pirates catcher George Gibson drove in Wilson with a single to right-center to make it 5-0. Reulbach fanned pitcher Lefty Leifield to end the inning—and his day.13 In Reulbach, the Pirates beat a centerpiece of the Cubs dynasty and championship teams. In his four-year Cubs career, he amassed a record of 78-29, with a 1.79 ERA. He pitched 25 complete games in 1908 but made it through only one inning on this day.

Rip Hagerman replaced Reulbach in the top of the second for the Cubs and quieted the Pirates’ bats. In the third inning, Abstein reached on an error and moved to third on a single by Wilson, but both were thrown out when they tried to execute a double steal. From the fourth inning through the seventh, Hagerman retired 12 batters in a row.14

Pittsburgh scored once more in the eighth. Leach reached base on an error by Tinker, moved to second on Clarke’s sacrifice, and scored on Wagner’s single to left. The Pirates led, 6-0.15

Though Leifield gave up six hits, he walked no one and held the Cubs scoreless. With one out in the Cubs sixth, right fielder Frank Schulte doubled and advanced to third on an infield out by utilityman John Kane. But Del Howard grounded out to Wagner, ending the threat. In the ninth, Kane led off with a double to left that excited the Chicago faithful. Backup catcher Tom Needham pinch-hit for Howard and popped out. Third baseman Harry Steinfeldt grounded out, moving Kane to third. But Tinker grounded out to second to end the game.16

Wagner batted .414 in May and ended 1909 with a league-leading .339 average, his 11th straight season above .300. The Pirates won an amazing 110 games, finally overcoming the powerful Cubs, who won 104. The NL rivals battled for first place throughout May. But after sweeping Chicago in a May 30 doubleheader, Pittsburgh held first the rest of the season.

In the World Series, the Pirates faced the Detroit Tigers, who had lost the previous two fall classics to Chicago. The Tigers were powered by 22-year-old phenom Ty Cobb, who won what came to be known as the Triple Crown with a .377 batting average, 9 home runs, and 107 RBIs. The Pirates emerged victorious in seven games, giving Wagner his first and only World Series title.

In addition to the sources cited in the Notes, the author consulted the Baseball-Reference.com and Retrosheet.org websites for pertinent material and the box scores noted here.