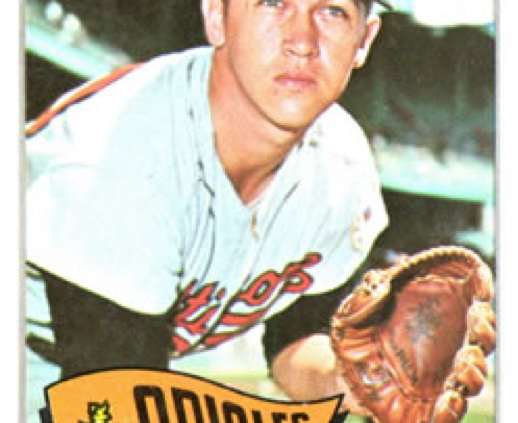 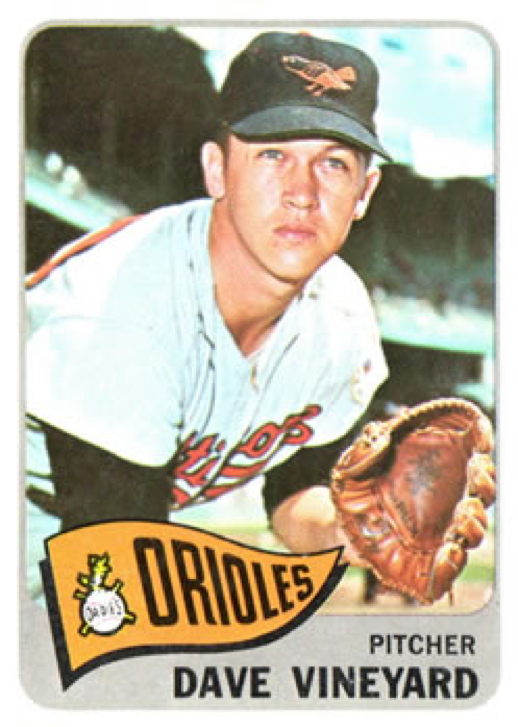 On June 29, 1990, Toronto baseball fans got to witness a bit of history when Dave Stewart of the Oakland A’s threw a no-hitter at SkyDome, beating the Blue Jays 5-0. It was the first major-league no-hitter thrown in Toronto. However, it wasn’t the first professional no-hitter thrown in the city, which has a rich minor-league history predating the Blue Jays’ arrival. Before Stewart’s big game, the last professional no-hitter in Toronto took place at the city’s old Maple Leaf Stadium on May 23, 1967. By coincidence, it also starred a veteran right-hander named Dave.

Twenty-six-year-old Dave Vineyard got the start that night for the Toronto Maple Leafs, a Boston Red Sox affiliate in the Triple-A International League. The Leafs’ opponent was the Rochester Red Wings, Baltimore’s top farm club and the team for which Vineyard had pitched for parts of five seasons. The Red Wings, managed by Earl Weaver, were a tough opponent: They tied with the Richmond Braves for the International League regular-season title that year before losing in a one-game playoff.1

That said, the pitcher had faced much tougher obstacles than the Red Wings in his up-and-down career. In November 1962, Vineyard was working an offseason construction job in his native West Virginia when his left leg became caught in the steel track of a bulldozer, shattering his ankle and inflicting a deep wound that became infected.2 Doctors questioned whether he would walk again. With the help of extensive physical rehabilitation — and, initially, a heavy leg brace — he came back and pitched well enough to earn a call-up to the Orioles in July 1964. Vineyard went 2-5 with a 4.17 ERA in 19 games with Baltimore, throwing a complete-game two-hit win against the Washington Senators in his third big-league appearance. It was his only season in the major leagues.

Coming off that triumph, Vineyard suffered arm trouble in 1965 that limited him to only seven appearances in Rochester. In July he was sent back home to West Virginia with orders to rest his arm.3 He rebounded in 1966 to pitch a full season for Rochester, peaking with a 1-0 no-hitter against Toledo on July 28. That victory was again followed by struggle, as Vineyard suffered more arm trouble, pitched ineffectively, and did not win another game for the Red Wings the rest of the year.4 In the offseason, Rochester traded him to Toronto for Gerry Herron, a right-handed pitcher who never made the big leagues.

Rochester’s starting lineup for the May 23 game featured many players who reached the majors, including catcher Cam Carreon, third baseman Steve Demeter, shortstop Bobby Floyd, right fielder Dave May, second baseman Mickey McGuire, left fielder Curt Motton, and first baseman Ron Stone. The Wings’ starting pitcher was righty Tom Fisher, who racked up a 10-6 record and a 3.04 ERA with Rochester that year and was called up in September for two appearances with Baltimore.

In contrast, Toronto manager Eddie Kasko’s starting lineup was made up almost entirely of career minor leaguers, with the exceptions of Vineyard, catcher Jackie Moore, and second baseman Syd O’Brien. Right fielder Tony Torchia later spent a year in the big leagues too — not as a player, but as the bullpen coach for the 1985 Red Sox.5

On a frigid spring night, a scant 262 fans showed up to Maple Leaf Stadium to see Fisher and Vineyard face off. The pitchers swapped zeroes for the first three innings before the home team got on board in the bottom of the fourth. Torchia singled, first baseman Jose Calero singled him to third, and left fielder Jim Russin drove in Torchia with a groundout.6

Rochester scraped together a run without a hit in the top of the sixth to tie the game 1-1. Demeter drew one of the five walks Vineyard issued in the game.7 May bunted and Toronto third baseman John Ryan made a wild throw, allowing Demeter to reach third. McGuire then drove in Demeter with a groundout. (Vineyard admitted after the game that, of all the hitters in the Wings lineup, Demeter was the one who concerned him most: “He’s tough. You just can’t make a mistake.”)8

Toronto went ahead for good off Fisher in the bottom half of the inning. Ryan began the rally by singling, and Torchia followed with a double to send him to third. Russin then hit a sacrifice fly to score Ryan, bringing the game to its final score of 2-1.9 Fisher yielded only five hits and two walks in six innings of work. He was succeeded by relief pitcher Ricardo Delgado, who threw two perfect innings for the Red Wings.

While one game account said the Red Wings managed nothing close to a hit,10 there were still some tense moments for Vineyard. He said after the game that he’d hung a pitch to Motton in the eighth inning and expected to pay for it, but Motton flied out to deep center field. In the ninth, leadoff hitter May drew three straight balls before Vineyard fought back to a 3-and-2 count; May finally grounded out. Second hitter McGuire struck out. Rochester’s last chance, catcher Carreon, ran the count full and hit several foul balls before being rung up on a checked-swing strikeout on pitch number 142 to clinch the no-hitter.11

Vineyard’s achievement made him the fifth pitcher in the International League history to throw two nine-inning no-hitters, and only the third to win them both.12 As of 2020 he remained the most recent pitcher to accomplish this feat. After no-hitting the team that had cut him loose, Vineyard was gracious in victory: “Quite honestly, I feel very grateful that they went as far with me as they did. They gave me every chance and I’ll always appreciate it.”13

Vineyard, who had already lived a few impossible dreams, might have been a worthy call-up to the 1967 “Impossible Dream” Red Sox as they marched to the World Series. It was not to be. On June 27 Vineyard had set down the first 11 batters in a start against Columbus when he injured his elbow and had to be removed from the game.14 The Sporting News reported in mid-August that Vineyard was testing the elbow but not yet able to return. He attempted a last comeback in spring training in 1968, but retired in March because of chronic elbow problems.15

The Toronto Maple Leafs didn’t make it to another season either. Playing in an aging stadium, the team drew only 92,000 fans in 1967 — down from 446,000 in 1952 — and piled up financial losses. On October 17, 1967, the franchise was sold to Walter Dilbeck, who moved it to Louisville, Kentucky, for the 1968 season.16 Toronto fans had to wait for the Blue Jays’ arrival in 1977 to see pro baseball again. And they had to wait until Dave Stewart came to town to see another no-hitter on the professional level.

1 By comparison, the Maple Leafs finished the season at 64-75 with one tie, sixth in an eight-team league.

2 Some news reports throughout the course of Vineyard’s career said the pitcher was injured in a farm accident involving a tractor. This Games Project story cites a very detailed news account of the bulldozer incident appearing in “Dave Vineyard — A Story of Courage and a Career,” Salisbury (Maryland) News, September 29, 1964: 10. The Orioles’ 1965 media guide describes the incident as “an industrial accident.”

4 Neil MacCarl, “Vineyard’s Labors Bring Sweet Taste; Second No-Hit Job,” The Sporting News, June 10, 1967: 39. Vineyard insisted his 1966 arm problems were incurred during a fight with Buffalo and were not related to his earlier arm woes.

5 Torchia managed in Boston’s minor-league system from 1976 to 1984 and again in 1986. He subsequently held minor-league managing jobs in the Padres, Rockies and Expos organizations.

7 MacCarl’s game story says six walks; the box scores in The Sporting News and the Democrat and Chronicle say five.

11 Details of the final inning from MacCarl.