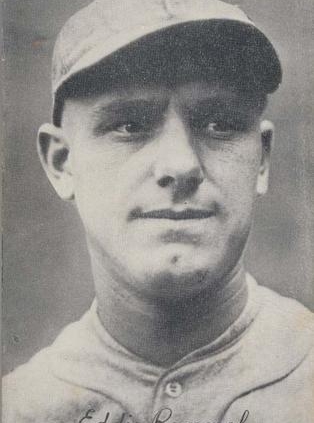 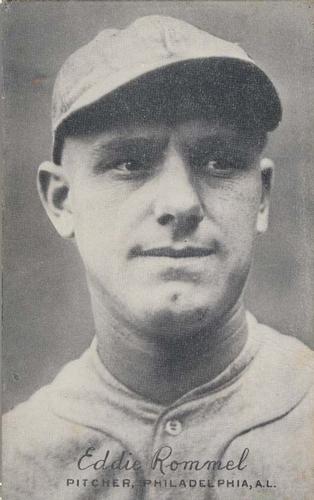 The Philadelphia Athletics experienced another rough April in 1921. They had finished the 1920 season with a 48-106 record, their sixth consecutive AL basement finish, and their woes continued into the next season. On April 30, Philadelphia found itself mired in the AL cellar again, with a 3-9 record and a six-game deficit to the league-leading Washington Senators. But the Mackmen won three of their first five games in May, briefly moving into sixth place.

Connie Mack, now in his 21st season at the helm in Philadelphia, hadn’t experienced success since he dismantled his “$100,000 infield” after the 1914 season, and the Athletics’ fan base had low expectations entering the season.1 AL President Ban Johnson commented on the 1920 Athletics, “The team was light in hitting, slow in base running and also outclassed in fielding and pitching. Only in the catching department was the team strong.”2 Cy Perkins anchored Philadelphia’s defense behind the plate, with an offense led by veteran third baseman Joe Dugan and outfielder Tillie Walker. Philadelphia’s pitching staff was led by Scott Perry and Rollie Naylor, who had both lost 20 games the previous season. Promising right-hander Eddie Rommel provided some hope for Philadelphia.3

In contrast to the Athletics, the Yankees were attempting to build on recent success. Behind their young superstar Babe Ruth igniting the baseball world,4 New York finished in third place with a 95-59 record in 1920, just three games behind the pennant-winning Cleveland Indians. Led by Ruth’s 54 home runs and .847 slugging percentage, New York also had two returning 20-game winners in Carl Mays and Bob Shawkey, veteran infielders Wally Pipp and Roger Peckinpaugh, and offseason acquisition catcher Wally Schang leading the club.5

Between completing a four-game road trip and starting a 17-game Western road trip, the Yankees — still the New York Giants’ tenants in the Polo Grounds — hosted Philadelphia for a single game on May 8.

Eddie Rommel started for Philadelphia. The 23-year-old right-hander went 7-7 with a 2.84 ERA over 34 games and 174⅓ innings as a rookie during 1920. Through his first six games in 1921, Rommel was 2-2 with a 4.70 ERA in 30⅔ innings and struggled with his control, issuing 12 walks against four strikeouts. He started and pitched three complete games but pitched less than two innings during his other three appearances. Rommel threw a fastball, curve, and knuckleball; he learned about knuckleballs early in his career and relied on the “butterfly ball” more often as his career progressed.6

Bill Piercy started for New York. The rookie right-hander pitched one complete game during the 1917, losing to the Athletics, then returned to the minors for the next three seasons before landing a rotation spot with the Yankees in 1921. Piercy had pitched extremely well to date, delivering four complete games in four starts and compiling a 3-1 record with a minuscule 1.29 ERA through 35 innings.

More than 38,000 patrons attended the Sunday afternoon game, with thousands more turned away when the gates closed,7 hoping to witness a Ruthian blast. The day before, Ruth had hit a massive home run off Senators legend Walter Johnson as the Yankees rallied for a 6-5 win.8 The home run was his eighth of the season, through 16 games. During his record-setting 1920 campaign, Ruth had taken 32 games to hit eight home runs.

Jimmy Dykes started the game with a foul popout. Whitey Witt walked. Dugan struck out. With Tillie Walker batting, Witt was caught stealing second by catcher Fred Hofmann to end the inning. In the bottom half, Braggo Roth and Roger Peckinpaugh lined out. Underwhelming the crowd, the Sultan of Swat hit a tapper fielded by the catcher in his first plate appearance.

During the fourth inning, Witt singled to the pitcher and took second base on Piercy’s errant throw to first. Dugan singled, advancing Witt to third. Tillie Walker’s sacrifice fly scored Witt while Dugan reached second base.

Rommel escaped trouble during the Yankees’ fourth inning. With one out, Peckinpaugh doubled, Ruth walked after hitting a long foul ball, and Pipp singled to load the bases. Rommel wiggled out of the jam when Bob Meusel struck out and Home Run Baker flied out.

Rommel wasn’t as fortunate during the fifth. He walked Hofmann with one out. Piercy singled. Catcher Schang’s throwing error on an attempt to pick off Hofmann allowed both runners to reach scoring position. Roth’s groundout scored Hofmann. Peckinpaugh’s groundout ended the inning, but Philadelphia’s lead was down to one run.

The Athletics recovered that run in the sixth. With one out, Frank Walker walked, took third on Perkins’ single, and scored on Griffin’s single. Perkins and Griffin were stranded after two strikeouts, though Philadelphia regained its two-run lead.

In his third plate appearance, Ruth led off the Yankees’ sixth inning with a long single to right field. He advanced to second base on a groundout, then third on a passed ball, but was stranded after a strikeout and groundout. Ruth popped out in the eighth inning during his fourth plate appearance.

Philadelphia carried a 3-1 lead into the bottom of the ninth inning. Leadoff hitter Meusel reached second base when Tillie Walker misjudged his fly ball in the sun.9 Baker fell behind 0-and-2, worked three straight balls for a full count,10 and singled to left, plating Meusel and moving New York within one run.

Ward sacrificed Baker to second base. Schang walked. Chick Fewster ran for Baker. Pinch-hitter Chicken Hawks struck out on a dropped third strike; Perkins threw out Hawks at first, but both baserunners advanced.11 Down to their last out, the Yankees had runners on second and third.

With the count full on Roth, Fewster daringly stole home to tie the game. Schang took third base on the play, and “hats went into the air, scorecards followed, and it was a wild scene until the excitement subdued.”12 Not only did Fewster score, but the pitch was outside, resulting in Roth walking. But Peckinpaugh grounded out to end regulation with a 3-3 score.

Rip Collins, who relieved Piercy to start extra innings, appeared in his second game of the season; in his first, he took the loss when he allowed four runs in 1⅔ innings against the Washington Senators on April 26.

Neither team scored in the 10th inning, though both stranded two runners. Ruth singled to start the Yankees’ 10th and reached third on Meusel’s single. Mike McNally attempted a squeeze play but missed the ball; as Ruth scampered back to third base, Meusel ran toward second. Perkins threw to Philadelphia second baseman Dykes, attempting to throw out Meusel. Dykes dropped the ball and Ruth changed direction for home. Dykes threw a strike to Perkins, who tagged Ruth out at the plate.13

In the 11th, both teams stranded a runner at second base. Each team threatened to score during the 12th, but similar to the 10th, each left two runners. Roth tripled in the Yankees’ 13th with two outs but was stranded when Peckinpaugh grounded out.

In the 14th inning with one out, Dugan singled and Tillie Walker was hit by a pitch. Frank Walker grounded out, and both runners moved up. They scored on Perkins’s triple into the left-field power alley, giving Philadelphia a 5-3 lead.

Rommel returned to the mound for the bottom half of the inning. Ruth and Pipp singled. With no outs, the winning run was at the plate, and the Athletics were primed to let a win slip through their fingertips. Meusel’s fly ball scored Ruth, and New York crept within one run again. McNally grounded into a fielder’s choice for the second out. Aaron Ward singled, and the tying and winning runs were on base. McNally advanced to second base and represented the tying run, with Ward representing the winning run at first base. But Dykes made a fine catch on Schang’s fly ball to short right field, and the Athletics hung on for a 5-4 win.

Rommel pitched a 14-inning complete game for his third win, allowing four runs (one earned) on 15 hits. Perkins, who drove home the winning run, hit 4-for-6 with three RBIs. Every Yankee batters delivered at least one base hit. Collins absorbed the loss, allowing two runs over five innings and dropping to 0-2. Ruth had three singles in seven plate appearances but no extra-base hits. In a game of missed opportunities on both sides, the Yankees stranded 16 runners and hit 2-for-19 with runners in scoring position.

Rommel finished the season 16-23 with a 3.94 ERA in 285⅓ innings, pacing Philadelphia pitchers in all those categories. He led the AL in losses (23) and homers allowed (21). Perkins finished the season with career highs in home runs (12) and RBIs (73) while hitting .288 with a .727 OPS. The Athletics finished last in the American League for the seventh straight season, although their 53-100 finish was an improvement over 1920’s 48-106 record.

6 Rommel’s knuckleball was well known throughout baseball; Rob Neyer lists him as having the fourth best knuckleball of all time. Bill James and Rob Neyer, The Neyer/James Guide to Pitchers (New York: Fireside Books, 2004), 42, 364.

12 “Triple by Perkins Upsets the Yanks.”