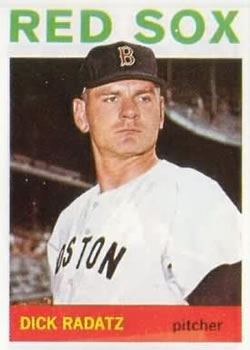 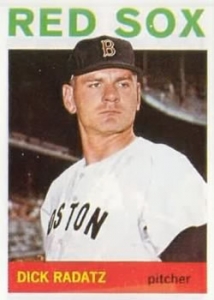 Sources agree that a mere 306 fans turned out for the game on Thursday afternoon, October 1, 1964, at Boston’s Fenway Park. It can stand as the lowest documented attendance of a game at the ballpark, though there was a game there in 1922 which the Chicago Tribune claimed drew only, precisely, 68.1 That number was small enough that one could easily have counted them while seated, even allowing time for those in the restrooms to return to their seats.

The Boston Globe, however, provided a count of 2,800 for the 1922 game, leaving one to wonder how there could be such a discrepancy.2 Of course, in considering the lowest attendance at a game in Boston, one must note at least in passing that there were zero fans in attendance at any of the 31 home games during the pandemic season of 2020. Cardboard cutouts were placed in hundreds of seats, depicting fans and raising money for charity, but there were no fans at all in attendance from September 29, 2019 – the last home game of the 2019 season – until Opening Day 2021 on April 2.

The 1964 Red Sox did not inspire enthusiasm. The team hadn’t finished in first place since 1946. After Ted Williams retired in 1960 and before Carl Yastrzemski truly established himself as the star he became, they didn’t have a leading personality with as strong a draw. Tony Conigliaro, the team’s 19-year-old rookie, was beginning to attract attention but was not yet a big draw. The player with the biggest WAR (Wins Against Replacement) in 1964 was “The Monster” – Dick Radatz, a relief pitcher one couldn’t assume would be playing in any given game (though he did appear in a record-setting 79).

At the end of September, the Red Sox weren’t even battling for the “honor” of eighth place in the 10-team American League. They were 69-90 and a staggering 29 games behind the first-place New York Yankees. They were almost 10 games behind the 78-80 Cleveland Indians – their opponent on October 1 – and there were only this game and two more to play. Below the Red Sox in the standings, there was another gap. The Washington Senators were 36 games behind New York. The Red Sox were solidly locked into eighth place and had been since August 22. There was no drama involved.

Likely depressing attendance even further was that the October 1 game was a makeup game, rescheduled from a September 29 rainout. Many fans may simply had been unable to attend. The Red Sox were riding a losing streak of six games, including a doubleheader loss to the Indians (5-0 and 3-0) the day before. In fact, the Red Sox had been shut out for three games in a row and in four of their last six games.

One does wonder how many ushers had been employed to show everyone to their seats.

Those who came – presumably more of them Red Sox fans than Indians fans (Cleveland was tied for sixth place with the Minnesota Twins) – saw the home team win. For the record, the Red Sox won the three final games on the schedule, this one and the two games that followed against the visiting Washington Senators.

Johnny Pesky was the manager of the Red Sox in 1964, although this was the last game he managed. Coach Billy Herman handled the two season-closing games against the Senators.4 Pesky selected left-hander Ed Connolly as his starting pitcher. His father – also named Edward Joseph Connolly – had been a catcher who had played in four seasons (1929-1932) for the Red Sox. The father had hit for a .178 career batting average. He had died just the year before, in November 1963, and thus never saw his son make the majors. Son Ed started 15 games for the Red Sox in 1964 and relieved in 12 others. He was 3-11 with a 5.09 earned-run average coming into this game.

There had been a change in managers on the Indians already. George Strickland had started the season, replaced after 73 games (33-39-1) by Birdie Tebbetts, who came into this game 45-41-1. Tebbetts named Sonny Siebert as his starter. This was Siebert’s rookie year. He came into the game with a record of 7-8 and a 3.37 ERA.

The first batter Connolly faced – Chico Salmon – doubled, then took third on a sacrifice bunt. But Connolly struck out the next two and that threat was eliminated.

Siebert gave a one-out walk to Tony Conigliaro in the bottom of the first. Carl Yastrzemski singled, sending Conigliaro to third base, but Dick Stuart grounded into a double play.

The Indians loaded the bases in the top of the second, but two more strikeouts helped keep them from scoring. The Red Sox got two runs in the bottom of the inning. Right fielder Lee Thomas singled. Third baseman Frank Malzone reached on an error at third base, and the Red Sox had runners on second and third with nobody out. Shortstop Eddie Bressoud hit a sacrifice fly to right field, scoring Thomas. After catcher Russ Nixon struck out, Connolly came up and he doubled to left, scoring Malzone.5

Connolly walked two in the third, but once again got an inning-ending strikeout to secure another scoreless inning. The Red Sox added a third run on Conigliaro’s walk, a single by  Yastrzemski that sent Conigliaro to third, and a sacrifice fly from Stuart.

One can only speculate regarding how loud the cheering might have been in a ballpark that was 99.08 percent empty.

Connolly allowed two singles in the fourth but no runs. Siebert set down the Red Sox in order.

In the fifth, Connolly loaded the bases with nobody out on a single and two walks, but a shallow fly and a double play ended that threat. The Red Sox went down in order again.

Salmon singled in the sixth but was the only man on either team to get on base.

The Indians scored in the top of the seventh and drove Connolly from the game. Two of the first three batters drew walks and then right fielder Woodie Held doubled to left for their first run. Radatz was called on to relieve. He walked the first batter, pinch-hitter Fred Whitfield, loading the bases. Bob Chance pinch-hit and he hit a ball to Bressoud at short, reaching on an error. A second run scored on the play. The third pinch-hitter in a row – Leon Wagner – came on, hitting for Siebert. He hit into a fly-ball double play, Yastrzemski backhanding a catch and throwing from center field to cut down pinch-runner Larry Brown, unable to get back to second base on time. The inning ended with the Red Sox still on top, 3-2.

Gary Bell took over on the mound for Cleveland, while five other Indians shifted positions defensively behind him. He retired the side in order in the seventh.

Indians shortstop Dick Howser reached on an error and stole second in the eighth, but Radatz held the Indians scoreless.6

The Red Sox made it 4-2, adding one in the bottom of the eighth on a two-out double to center by Yastrzemski and a single to left by Stuart.

Held hit a one-out single in the top of the ninth. Vic Davalillo pinch-hit for Bell but struck out. Radatz then hit Chance with a pitch, putting the tying run on first base, but Wagner lifted a fly ball to shortstop and the game was over.

Yastrzemski had been 3-for-4. Stuart had two RBIs.7 Notably, the Indians left 16 runners on base and were 2-for-17 with runners in scoring position. The Red Sox left four.

Starters Connolly and Siebert took different paths over the years. Siebert pitched 12 years in the majors, including five with the Red Sox (1969-73) and compiled career totals of 140-114 (3.21), while Connolly appeared in the majors only one other year – with Cleveland in 1967 (Siebert’s teammate), with a winning record of 2-1 despite an ERA of 7.48. Connolly’s career totals were 6-12 (5.88). He became a very successful stockbroker, rising to become a senior vice president of one of the largest firms in the field.

Boston Globe coverage of the game was perfunctory. The paper did claim the crowd as the smallest in Fenway history, less than half of the previous low – 674 against Kansas City in 1963.8

The Boston Herald said it was the “smallest … so far as can be ascertained.”9 The Boston Record American suggested, “Anybody who showed up had to be a little odd, eh?”10

4 The hiring of Herman had been announced that morning, before the game. Herman then managed the Red Sox in 1965 and most of 1966. At least nominally, Pesky was listed as manager for this game.

5 The Boston Record American said Connolly had hit a routine fly ball to left field but that outfielder George Banks “took a fall.” The Cleveland Plain Dealer said Banks “would have caught the ball but fell down.” See “Indians Lose, 4-2, to Bosox,” Cleveland Plain Dealer, October 2, 1964: 33.

6 The error was Dick Stuart’s, his 24th of the year. The 1964 season was his seventh straight year leading his league in errors at first base. Stuart had earned the nickname “Dr. Strangeglove.” Monahan commented, “Stuart didn’t disappoint the small crowd. He drew an error when Dick Howser’s grounder went through his legs in the 8th.”

8 “306 Watch Sox Edge Indians, 4-2,” Boston Globe, October 2, 1964: 37. The story was without a byline and ran on the third page of the sports section. It did mention one fan by name – William Henry Chamberlain of Cambridge, former foreign correspondent for the Christian Science Monitor. His personal record for games he had attended in 1964 was 16-10. The 1963 game against Kansas City was on September 24.