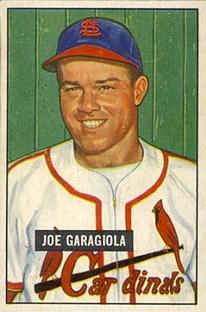 The St. Louis Cardinals were operating at a deficit as the 1946 World Series unfolded, having won Game Two with a 4-0 shutout but losing Games One and Three to the Boston Red Sox. They scored only a total of five runs over the first three games.

George “Red” Munger hadn’t pitched a lot during the 1946 season. He’d been in the US Army and stationed in Germany as part of the postwar occupation force, before being discharged in August and rejoining the Cardinals in time for his first game of the year on August 25. He finished the season with a 2-2 (3.33) record. Prior to this start, he hadn’t pitched for 11 days, since September 29.

Hughson had a fine first inning, with two groundouts and a popup to second base. The Red Sox likewise were set down in order, all three batters on fly balls, each to a different outfielder.

In the second inning, leadoff batter Enos Slaughter lined a home run 10 rows deep into the right-field seats.1 Whitey Kurowski followed with a double off the left-field wall. Joe Garagiola flied out to center, but Harry Walker singled to right field and drove in Kurowski.

Walker then attempted a steal of second base and looked to be out, after a pitchout, while scrambling back to first base. He was, however, not only safe but waved on to third base by the umpires when shortstop Johnny Pesky’s attempt to catch him returning to first got by first baseman Rudy York and went into the Red Sox dugout. Marty Marion laid down a squeeze bunt, fielded by second baseman Bobby Doerr, to bring in Walker with the third Cardinals run. Hughson struck out Munger, but St. Louis had a 3-0 lead.

The visitors doubled their score, adding three more runs off Hughson in the top of the third. Red Schoendienst singled to center. Another error — this time, Hughson’s throwing error when fielding center fielder Terry Moore’s sacrifice bunt — resulted in St. Louis having runners on second and third with nobody out. Stan Musial doubled to the deepest part of the park in right-center field to boost the score to 5-0.

Manager Joe Cronin replaced Hughson at this point, with Jim Bagby. The reliever got two outs — Slaughter grounding out while Musial took third, and Kurowski fouling out to first base. But Garagiola singled to center for another run. Walker struck out.

Right fielder Wally Moses got Boston’s first base hit in the third — a two-out single — but was stranded.

The Red Sox finally got a run in the fourth. Williams singled to right field, then scored from first on Rudy York’s double to center.

With Bagby still pitching, Slaughter and Kurowski hit back-to-back one-out doubles in the top of the fifth, adding a run to restore their six-run lead. St. Louis probably would have scored more runs in the inning but had two runners thrown out at home plate: Kurowksi on a throw from center fielder Dom DiMaggio and Garagiola on a throw from left fielder Ted Williams.

Bill Zuber retired the Cards in order in the sixth. The Red Sox mounted a threat in the bottom of the inning with a walk to York and singles by Doerr and Pinky Higgins, but catcher Hal Wagner then hit into a double play — a fly-ball out to right field and a “bulls-eye thing of beauty” from Slaughter in right that got York coming home.2 He was out by 10 feet and didn’t ever bother to slide.3

The Cardinals added another run in the top of the seventh. Singles by Slaughter and Kurowski were followed by a double by Garagiola, scoring Slaughter. At the seventh-inning stretch, the score stood 8-1 in favor of the Cardinals

The Red Sox did nothing of note in the bottom of the seventh.

Mace Brown became Boston’s fourth pitcher of the game, and he allowed Munger to single leading off the eighth. Wagner pounced on a sacrifice bunt attempt and threw him out to Pesky covering second base. Moore walked but Musial hit into a double play, ending the inning.

Doerr hit a two-run homer over the left-field wall in the bottom of the eighth, scoring DiMaggio, who had reached on an error.

The Cardinals added four insurance runs in the top of the ninth. Slaughter and Kurowski both registered their fourth base hits of the game, a single to center and a bunt single to third base. Garagiola then singled to right to drive in Slaughter.

Mike Ryba relieved Brown. Ryba, who had originally broken in with the Cardinals, had been waiting since his first year in pro ball, 1928, to get into a World Series. He’d appeared in only eight games during the 1946 season. But things didn’t unfold the way the 43-year-old had hoped.

Walker dropped down a sacrifice bunt to advance the baserunners to second and third. Marty Marion doubled to left and drove them both in. Munger grounded out, but Schoendienst reached on a fielding error by Ryba. Marion scored on the play.

Moore singled and Musial walked, and the bases were loaded. Cronin beckoned in Clem Dreisewerd as the sixth Red Sox pitcher of the game.4 He got Slaughter to hit a high pop-fly ball, caught by first baseman York.

Munger allowed just an inconsequential single to Moses in the ninth and the game was over. It was 12-3, an embarrassment for the Red Sox and a win for the Cardinals that evened the World Series at two wins apiece.

The Red Sox had committed four errors in the game. They had used six pitchers. The Cardinals had hammered out a World Series record-tying 20 base hits.5 Every Cardinal had at least one hit. The rookie catcher Garagiola joined Slaughter and Kurowski with four hits (tying a World Series record), and led his team with three RBIs.6 At age 20, he was the youngest player to ever catch in a World Series game.7

The game had lasted 2 hours and 31 minutes, before a crowd of 35,645. Most of those present were Red Sox fans, who left in “a complete state of stupefaction.”8

Hughson bore the loss. Munger had a complete-game win, allowing nine hits in his only career postseason appearance. A Chicago Tribune story said, “He appeared so elated over the victory that it was fully 10 minutes before he could talk.”9

4 The use of six pitchers in one World Series game tied a record at the time.

5 In Game Three of the 1921 World Series, the New York Giants had collected 20 hits while beating the New York Yankees, 13-5.

6 The New York Times reported that the record was then shared by 22 other players. Wally Moses collected four base hits for Boston, but never once did he advance past first base.