This article was written by Joe Schuster 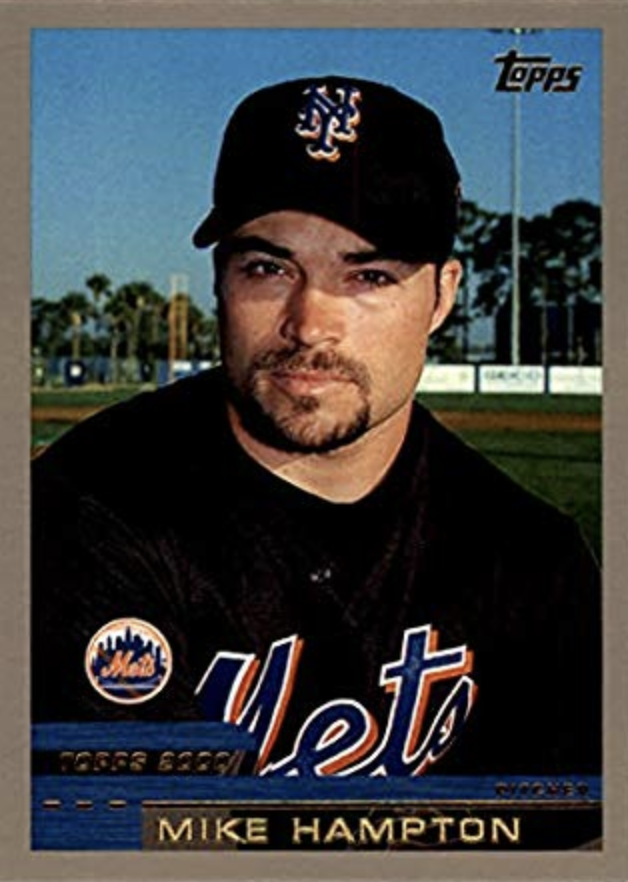 The New York Mets came into the 2000 National League Championship Series against St. Louis facing a number of challenges.

For one, the Cardinals had had an easier time in their best-of-five division series, against Atlanta, than the Mets had against San Francisco. Despite pitcher Rick Ankiel's meltdown as the St. Louis starter in Game One, when he failed to get out of the third inning, walking four and throwing five wild pitches, St. Louis had swept the Braves, outscoring them 24-10.

On the other hand, the Mets' series against the Giants had been more taxing. The Giants took the first game, 5-1, and while the Mets won the next three, it was not easy. Games Two and Three went into extra innings before right-hander Bobby Jones clinched the series with a nifty 4-0, one-hit shutout in the decisive fourth game. Beyond that, they lost right fielder Derek Bell when he injured his right ankle in Game One going after a Barry Bonds line drive.1

As The Sporting News put it, "While the Giants and the Mets were knocking the drool out of each other, the Cardinals were at ease, their only concern being the removal of Korbel stains from polyester. ... So as the Mets and Braves were resorting to whoever was able to stand, the Cardinals had their feet up, resting. ... It's a ragged bunch of New Yorkers being sent [to the NLCS]."2

This is not to say that the Cardinals did not have their own raggedness, largely due to injury. While the Mets were missing Bell, St. Louis was down several components of the team that had won the National League Central. Sixteen-game winner Garrett Stephenson tore a ligament in his pitching elbow in Game Three of the Division Series (he would miss the entire 2001 season), Gold Glove catcher Mike Matheny sliced two tendons in his right hand in a September accident with a hunting knife, and slugger Mark McGwire was reduced to pinch-hitting after developing tendinitis in his right knee in early July, keeping him either on the bench or the disabled list for the last three months of the season and the playoffs.

There was, however, another factor that eventually determined the outcome of the league championship series: The Mets simply played better ball.

While they made three errors in Game One, they overcame them to win the game, 6-2, and then won Game Two, 6-5, by exploiting three Cardinals errors and another poor outing by Ankiel, who lasted but two-thirds of an inning. While St. Louis took Game Three 8-2 behind an eight-inning stint by starting pitcher Andy Benes, the Mets scored seven in the first two innings of Game Four against 20-game winner Darryl Kile and put themselves on the brink of the World Series with a 10-6 victory.

For Game Five, Mets manager Bobby Valentine sent southpaw Mike Hampton to the mound as the Mets’ starting pitcher. The team had acquired Hampton from Houston in a December 1999 deal that had also brought them Bell in exchange for three players, gambling that Hampton, who would leave as a free agent after the season, could be the piece the team lacked the previous season when it lost the NLCS to Atlanta. With the Astros in 1999, Hampton had his career-best season, going 22-4 and finishing second in the Cy Young Award voting to Randy Johnson. For the Mets in 2000, he had not been quite as good but he did go 15-10 and his 3.14 ERA ranked fifth in the league. In the division series, he'd been the losing pitcher in Game One, but in the opening contest of the NLCS he had thrown seven shutout innings for the victory.

For the visiting Cardinals, manager Tony La Russa tapped right-hander Pat Hentgen, whom the team had also acquired in an offseason deal, in November 1999, when they sent three players to Toronto for Hentgen and reliever Paul Spoljaric. St. Louis released him in spring training.) The deal was also, according to some, "a gamble" as Hentgen, who had won the 1996 American League Cy Young Award, was coming off two mediocre seasons (1998 and '99) when he'd gone a combined 23-23 with an ERA of just under 5.00.3 While he did not approach his Cy Young form, posting a 4.72 ERA, he managed to go 15-12 and had generally pitched well over the last half of the season, going 6-4 in his last 10 decisions. However, in his final two starts he had been "abysmal" in the words of a St. Louis Post-Dispatch sports writer, allowing 11 runs on 16 hits in nine innings; partly because of that, La Russa had not used him in the playoffs at all to that point and he came in on 16 days’ rest.4

Unfortunately for St. Louis, Hentgen’s rustiness showed in Game Five and, compounded by sloppy Cardinals defense and Hampton's best outing of the year, the game was never truly a contest.

After Hampton retired the Cardinals in the first, surrendering only a leadoff single to Fernando Vina, the Mets batted around in the bottom of the inning, aided by wildness by Hentgen and two errors. Timo Perez, in the lineup in place of Bell, led off with a single, then stole second, ending up on third when catcher Carlos Hernandez threw the ball into center field trying to nab him. Perez scored on a single by Edgardo Alfonzo that just got past Cardinals shortstop Edgar Renteria and, after Mike Piazza walked, Robin Ventura singled, driving in Alfonzo and sending Piazza to third. Piazza scored on a fielding miscue when Todd Zeile hit what appeared to be double-play ball to Vina, but he bobbled it and then made what a Post-Dispatch sportswriter described as a hurried flip of the ball from his glove to Renteria for the first out, then first baseman Will Clark dropped Renteria's throw, making Zeile safe at first and scoring Piazza.5 The Mets threatened to add even more when Hentgen walked Benny Agbayani and Jay Payton singled, but Mike Bordick popped out and Hampton fanned.

Hentgen got through the next two innings without further damage but the Cards were unable to put together any offense, as Hampton allowed only a third-inning single by Hentgen (his only career postseason hit) and another in the fourth, by Clark, the Cardinals' last hit in the game.

In the fourth, Hentgen ran into trouble that ended his night. After Hampton flied out leading off, Perez lined a ball off Hentgen's foot that went for an infield single, although it could have been charged as an error when Clark again dropped a throw from Renteria.6 Piazza doubled and Ventura walked, bringing up Zeile. On a 2-and-2 pitch, "Zeile crushed a fastball that cut through the chilly air and caught the wind, crashing in to the wall in right center and clearing the bases."7 Zeile's double sent the crowd of 55,695 into a roar that culminated, with their anticipation of the first all-New York World Series in more than four decades, in anti-Yankee chants.8 That was all for Hentgen as La Russa replaced him with Mike Timlin.

From that point, the Cardinals managed only a sixth-inning walk to Placido Polanco, and the action on the field took an ugly turn. In the seventh, La Russa sent Ankiel to the mound, a move a Post-Dispatch writer characterized as an "indignity" as Ankiel suffered "more wildness and humiliation. The kid threw two more wild pitches [the second scoring the Mets seventh run] and walked two Mets before LaRussa ended the farce."9

The Cardinals frustration boiled over the next inning when St. Louis reliever Dave Veres threw first one pitch up and in to Payton and then a second one that hit him in the face, opening a cut; Payton charged the mound and the benches cleared but after a brief spate of shoving, the game resumed.10

An inning later it was over. The Cardinals went down in order in the ninth and when pinch-hitter Rick Wilkins lofted a fly ball to Perez in center, Hampton thrust his fist into the air and was picked up by a jubilant Ventura as their teammates swarmed the field. Hampton's three-hit shutout, combined with his Game One effort, gave him 16 scoreless innings against St. Louis in the series and earned him the NLCS Most Valuable Player Award.

For the Mets, it meant a ticket to their first World Series since their 1986 victory over the Boston Red Sox.

In addition to the publications listed in the endnotes, the author also referred to Retrosheet, Baseball Reference, and the SABR Biography Project.