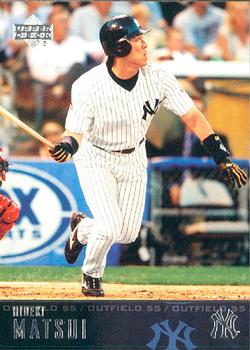 A season of great promise suddenly looked impossible. The Red Sox fans who stayed to the end of this evening’s game at Fenway Park could hardly have been more despondent. Boston fans had been waiting 86 years for a world championship and 18 years since their team’s spirit-crushing defeat at the hands of the New York Mets in 1986.

First, the team has to get to the World Series. In 2003 the Red Sox had gotten to Game Seven of the League Championship Series against these same New York Yankees but lost 6-5 in 11 innings on Aaron Boone’s home run. Now they were trying once more to win a pennant.

The Red Sox had taken three straight in the 2004 Division Series, winning two games handily from the Anaheim Angels, 9-3 and then 8-3, and taking the third game at Fenway, 8-6, thanks to a two-run homer by David Ortiz in the bottom of the 10th.

But they lost the first two games, at Yankee Stadium, 10-7 and 3-1. Both games saw the Red Sox battle from deficits but never catch up. They hoped to right the ship, back in Boston for Game Three.

The game was something of a see-saw in the early innings, the Yankees taking a 3-0 lead in the first inning against Red Sox starter Bronson Arroyo. They’d scored first in all three of the ALCS games to date. A double play limited the damage.

Boston scored four times in the bottom of the second off starter Kevin Brown, getting the first two runs on a Trot Nixon homer that just barely made it into the right-field seats. Arroyo made it through only three batters in the third, replaced by Ramiro Mendoza. Hideki Matsui and Alex Rodriguez each had a homer and a double by this point. Mendoza let two inherited runners score — the second one on a balk — and the Yankees had a 6-4 lead.

Javier Vazquez took over from Brown as Boston batted in the bottom of the third. Neither team’s starter had made it into the third inning. After Jason Varitek singled and Kevin Millar doubled off the left-field wall, Bill Mueller walked. The bases were loaded and Vazquez allowed two runs on Orlando Cabrera’s double to center field. The score was tied, 6-6, after three innings.

Then the Yankees went to town. They scored five runs in the fourth on Gary Sheffield’s three-run homer off reliever Curtis Leskanic and a two-run triple by Ruben Sierra off Leskanic’s replacement, Tim Wakefield. They got two more runs in the fifth. Wakefield gave up back-to-back doubles to A-Rod and Sheffield in the fifth.

It was 13-6. Author Stephen King, a diehard Red Sox fan, was asked during the bottom of the sixth how horrifying this was to a Red Sox fan, and he said that for a Red Sox fan it’s just terrific to be in the playoffs. When pitcher Curt Schilling had been hurt earlier on, it had disturbed [upset?] the whole Red Sox rotation. King said the ending he’d write would include “a seven-run rally in the bottom of the ninth ending with a walk-off David Ortiz home run. … I believe in suspense, but I also believe in happy endings.”1

It got worse. A seven-run rally wouldn’t be enough. New York made it 17-6 in the top of the seventh by adding four more runs to its total. Wakefield was charged with one of the runs in the seventh. He’d been touched for five runs in all, one less than Arroyo’s six. Vazquez had settled down and worked a scoreless fourth, fifth, and sixth.

After the Yankees had upped the score with their four runs in the seventh, a loud sarcastic cheer went up when the Red Sox recorded the final out of the inning. Quite a number of fans who stood for the seventh-inning stretch simply chose not to sit back down again. Instead, they walked out of Fenway. Video shows the park about 25 percent empty by this point in the game.

Those who left missed seeing Jason Varitek hit a two-run homer, and Paul Quantrill come in from the bullpen to give up a couple of singles but get a couple of outs. It was 17-8.

Neither team scored in the eighth. Mike Myers struck out two and so did Quantrill.

But the Yankees hadn’t finished. They got to Myers in the top of the ninth when Sheffield singled and Matsui homered again, making it 19-8 in favor of the visitors. Tom Gordon came in to pitch the ninth for the Yankees. Trot Nixon hit a one-out double, and took third on a wild pitch, but never scored. The final remained 19-8.2

Vazquez (who gave up four runs) got the win; Mendoza (who had given up only one of the 19 runs) bore the loss. Matsui drove in five runs for New York, Sheffield drove in four, and both Alex Rodriguez and Bernie Williams had three RBIs. Nixon, Cabrera, and Varitek each had two for Boston.

Red Sox fans everywhere were stunned. For the second year in a row, it looked as though the Yankees were going to knock them out in the ALCS, following a pattern that had seemed ingrained over the decades — Yankees win, Red Sox lose. That the script appeared to be so predictable may have left Red Sox fans more mute and immobile than angry. This was their destiny, or so it seemed.

The Yankees held a three-games-to-none lead in a best-of-seven series, and no team had ever come back to win when down 0-3. Was there any hope?

There had been 25 times where teams had won the first three games of a best-of-seven postseason series. In 20 of the 25, the same teams won Game Four as well. Three teams won Game Four, but then lost Game Five. There were two teams (the 1998 Atlanta Braves and the 1999 New York Mets) that won both Games Four and Five, but both lost Game Six. No major-league team had ever battled back to even play a Game Seven. It had happened in the minor leagues, once. In 1937 the Newark Bears (International League champions, and a Yankees farm team) lost the first three games of the Junior World Series to the Columbus Red Birds (American Association champions) before winning four in a row.3

To read a number of veteran sports reporters in the next day’s newspapers, there was no hope at all.

George King, New York Post: “The victory gives the Yankees a 3-0 lead in the best-of-seven series, going into tonight’s Game 4. No team in baseball has flushed such a bulge. That means the Yankees are a lock for their 40th flag and their second straight World Series appearance.”4

Dan Shaughnessy, Boston Globe: “The Yankees stripped the Red Sox of all dignity last night, pummeling six Boston pitchers to a hideous 19-8 victory, which gives them a 3-0 lead. So there. For the 86th consecutive autumn, the Red Sox are not going to win the World Series.”5

John Harper, New York Daily News: “So much for another epic series between these teams. The Sox are done, not only because no team has ever come back from a 3-0 deficit, but because Derek Lowe is all they have left to throw at a Yankee lineup that is salivating at the sight of fastballs, curveballs, knuckleballs, you name it.”6

Bob Ryan, Boston Globe: “Soon it will be over, and we will spend another dreary winter lamenting this and lamenting that. Sure, you can root for the National League team to defeat the Yankees, but just exactly how satisfying is that going to be?”8

Tony Massarotti, Boston Herald: “They are doing more than just losing now. They are disgracing the game and embarrassing themselves, and they are doing a disservice to the paying customers who blindly and faithfully stream through their doors. Shame, shame, shame on the Red Sox. … What a joke.”9

Steve Politi, Newark Star-Ledger: “Eighty-five years from now, when the Red Sox fans are sitting around in their spaceship and discussing the missed opportunities during the 17 decades without a world championship, they will certainly remember the collapse of 2004. The Curse lives.”10

Really, how could anyone have concluded anything different?

There was indeed another game the following day, Game Four. And before that game, Boston’s Kevin Millar famously said, repeatedly, “Don’t let us win tonight!”

In addition to the sources cited in the Notes, the author consulted Baseball-Reference.com and Retrsosheet.org.

Video of the game can be found here: youtube.com/watch?v=3GOvaelo6bA

1 See the YouTube video of the game at https://youtube.com/watch?v=Z_2R73SDYXw.

2 A little over a week later, the NFL’s Patriots/Jets game on October 24 saw a final score of Pats 13, Jets 7.

3 Allan Wood and Bill Nowlin, Don’t Let Us Win Tonight: An Oral History of the 2004 Boston Red Sox’s Impossible Playoff Run (Chicago: Triumph Books, 2014), 291-2. In the National Basketball Association, 0-3 teams were 0-for-73 in terms of winning a seven-game series. Two National Hockey League teams, however, had accomplished the feat: the 1941-42 Toronto Maple Leafs and the 1974-75 New York Islanders. For all three leagues combined, that was 2-for-238.