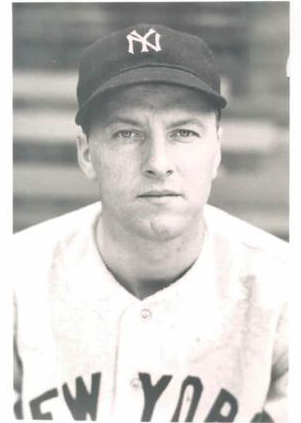 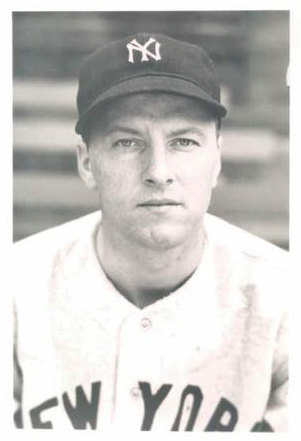 After a tense pitchers’ duel that saw Red Ruffing of the Yankees defeat Cincinnati and Paul Derringer 2-1 in Game One of the 1939 World Series, the Reds turned to the second of their two aces, Bucky Walters, to try to even the Series against veteran Marcellus “Monte” Pearson.

Reds manager Bill McKechnie professed to like his team’s chances. “One game don’t win a series,” he said. “The Yanks are no super ballclub. They can be beaten, and I’ll send Bucky Walters after them tomorrow.”1 Walters had won the National League pitching triple crown and the National League Most Valuable Player Award in the regular season with 27 wins, a 2.29 ERA, and 137 strikeouts; Pearson, meanwhile, had won just 12 with an ERA of 4.49 and was only recently recovered from a sore arm.

Despite Pearson’s mediocre season, however, Yankee skipper Joe McCarthy had plenty of reason to expect that the curveball specialist from California would deliver a solid start in Game Two. A member of the starting rotation for the Yankees since 1936, when they launched their run of four straight pennants, Pearson had started one Series contest — and won it — each year. He’d bested Carl Hubbell and the New York Giants in a complete-game 5-2 win in Game Four in 1936; throttled the Giants again for 8⅔ innings in a 5-1 Game Three win in 1937; and held the Cubs to five hits in a 5-2 Game Three victory in 1938. “That fellow, Pearson, showed as much stuff as any American League pitcher I ever batted against,” said Cubs player-manager Gabby Hartnett after that contest. 2

A crowd of almost 60,000 at Yankee Stadium settled in to watch both pitchers get off to strong starts; Pearson retired the first six Reds in order, while Walters allowed one single in each of the first two frames but nothing more. Pearson made it three perfect innings by retiring Wally Berger on a lineout, striking out Billy Myers on three straight pitches, and getting Walters on a groundball.

Babe Dahlgren, batting in the eighth spot, led off the Yankees’ half of the third. Dahlgren had famously replaced the legendary Lou Gehrig at first base earlier that season, ending the Iron Horse’s consecutive game streak at 2,130. Dahlgren was the regular from that point forward; while the 27-year-old San Francisco native was widely acclaimed as one of the finest defensive first basemen in the game,3 he was arguably the weakest hitter in the starting lineup, managing only a .235 average in 144 games.4

On the first pitch from Walters, though, Dahlgren smashed a liner to deep left field that bounced into the stands for a ground-rule double. Pearson followed with a successful sacrifice. Frank Crosetti brought Dahlgren in with a grounder to third that Myers fumbled before recovering in time to record the out at first, and the Yanks took a 1-0 lead.5

With two outs and nobody on, Walters was unable to limit the damage. After Red Rolfe singled, Charlie Keller hit a liner to left on which Berger tried and failed to make a shoestring catch, resulting in a double that scored Rolfe from first. Joe DiMaggio beat out a slow roller down the third-base line to put runners at the corners, and Bill Dickey brought in the third and final run of the inning with a base hit, before Walters retired George Selkirk to end the uprising.

The Reds got their first baserunner in the top of the fourth when Billy Werber drew a walk after falling behind 0-and-2, but he was quickly erased trying to steal as Ival Goodman struck out. Pearson ended the fourth inning still having faced the minimum number of batters.

In the bottom half of the inning, with one out, Dahlgren made his second plate appearance. With the man he had replaced, Lou Gehrig, watching from the bench,6 Dahlgren launched a home run into the left-field stands. “Running around those bases and listening to that crowd cheer I couldn’t even feel my hat on my head,” he said. “It felt like my hair was standing straight up. It was electric.”7

It was the last damage done by the Yankees’ offense, but it was enough. The Reds were helpless against Pearson, whose “curve snapped like a blacksnake whip and [whose] fast ball whistled like a plane in a power dive.”8 Cincinnati went down in order in the fifth and again in the sixth without getting the ball out of the infield. With two outs in the top of the seventh, Goodman hit the ball hard, but DiMaggio made a nice running catch in left-center to retire the side.9

In the eighth, “as a throng of … fans sat tensed and ‘oohed’ and ‘aahed’ with every pitch,”10 Pearson went to work. The leadoff batter, Frank McCormick, swung at the first pitch and made loud contact, but Selkirk hauled in his drive to deep left field. With 7⅓ hitless innings, Pearson had now tied the World Series record set by the Yankees’ Herb Pennock against the Pirates in 1927.11

Next up was Cincinnati’s lumbering but hard-hitting catcher, Ernie Lombardi. Though they had played in different leagues for their entire major-league careers, Pearson and Lombardi knew each other well. They had been batterymates with the Oakland Oaks of the Pacific Coast League in 1930.

Lombardi’s familiarity with Pearson hadn’t helped him in his first two at-bats, but the third time proved to be a charm, as he lined Pearson’s first offering over second base for a clean single. As the Associated Press noted, “just when the fingers were ‘crossed’ for Monte to become the first flinger in World Series history to hurl a no-hit, no-run game, the spell was broken.”12

Pearson retired the next two hitters on a strikeout and a weak groundball. He returned to the mound in the ninth and gave up a two-out single to Werber before coaxing a groundout by Lonny Frey to finish with a two-hitter and one of the greatest pitching performances ever in the World Series.13

“I just kept bearing down on one batter just as hard as I did on the other,” Pearson said. “I didn’t know how many hits our team had and I didn’t care. My only object was to get those Reds out as fast as I could.”14

Despite having mustered only six singles in two losses to the Yankees, the Reds put on a brave face. “We’ll be back!” they hollered in the locker room and on the train headed back to Cincinnati for Game Three.16

But to some seasoned observers, the Reds’ bravado had a hollow ring to it. “It really is hard to say so and the Chamber of Commerce may object, but after those first two games it just looks as though our boys are outclassed,” wrote Cincinnati Enquirer sports reporter Bob Saxton. “… Maybe [a] day’s rest will give them some confidence, but there is little left to hope for. … Crosley Field is next.”17

4 Rob Neyer and Eddie Epstein. Baseball Dynasties: the Greatest Teams of All Time (New York: W.W. Norton & Company, 2000). In the chapter on the 1939 Yankees — the authors’ choice as the greatest team ever — they name Babe Dahlgren as the team’s worst regular; see page 136.

7 Matt Dahlgren. Rumor in Town: A Grandson’s Promise to Right a Wrong (California: Woodlyn Lane, 2007), 93 (as cited at https://sabr.org/bioproj/person/babe-dahlgren/).