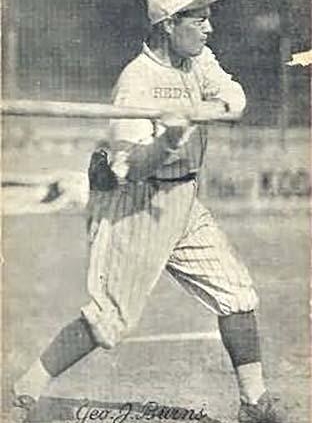 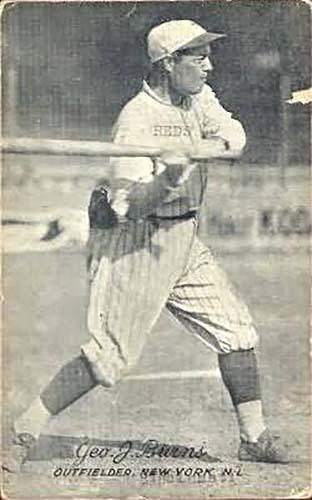 “There is no smarter man in baseball today than Miller Huggins.” — John McGraw1

New York Yankees co-owner Jacob Ruppert realized by mid-August 1917 that the Yankees, mired in a seven-game losing streak, were not going to contend for a championship anytime soon with easygoing manager Bill Donovan leading the team. The Yankees were not only longtime residents of the American League’s second division but also second-class tenants of the New York Giants at the Polo Grounds. By contrast, the Giants were on the verge of capturing their sixth National League pennant under Hall of Fame manager John McGraw. It was obvious to Ruppert that he needed a skipper of McGraw’s caliber to vault the Yankees into championship contenders.

American League President Ban Johnson, who desperately wanted a winning team in New York, mentioned to Ruppert that the highly regarded Huggins would most likely be out as St. Louis Cardinals manager after the 1917 season. After the 1916 season, Huggins had attempted to obtain the financing to acquire the Cardinals, but club owner Helene Hathaway Britton sold the team to a group led by Sam Breadon. The new ownership group lured Branch Rickey away from the St. Louis Browns to become team president. With a diminished role within the Cardinals organization, Huggins wanted out. Despite this, the financial challenges the new ownership faced, and his new boss always looking over his shoulder, Huggins had the Cardinals in third place in August 1917. A feature in The Sporting News headlined “Little Miracle Worker of the West” brought much attention to Huggins’s performance as manager of the Cardinals.2 By mid-August, the Cardinals were in New York to face the Giants. Huggins took the opportunity to meet with Ruppert; two months later, the Yankees hired Huggins as their manager for 1918.

Fast-forward to 1921: The Yankees won their first American League pennant and faced the Giants in what would be the last best-of-nine World Series. It was also the first time the World Series was played at a single ballpark, the Polo Grounds. The upstart Yankees won the first two games, both by 3-0 scores and led by shutouts by Carl Mays and Waite Hoyt. Unfortunately for the Yankees, beyond Mays and Hoyt there wasn’t as much depth to their pitching staff as on the Giants. If the Yankees were going to win the World Series, they would have to outslug their crosstown rivals.

Before Game Three, former Giants pitching star Christy Mathewson, home battling tuberculosis, sent McGraw a telegram that read, “Tell the boys to get their eyes on the ball and their feet on home plate.”3

For this game the National Leaguers were the home team. Giants starter Fred Toney retired the first two Yankees in the top of the first and then had the unenviable task of facing Babe Ruth. Ruth saw a mix of pitches varying in speed and curves from Toney and worked a full count before the veteran righty “shot a sweeping curve over the inside corner at which the home run king swung mightily but futilely.”4

Bob Shawkey surrendered a single to Irish Meusel to lead off the bottom of the second, but second baseman Aaron Ward’s leaping catch of Johnny Rawlings’ drive and his quick throw to Wally Pipp at first doubled up Meusel. Frank Snyder singled to left but was caught stealing second for the third out.

After two scoreless innings, the Yankees were poised to make Game Three a blowout in the top of the third. Wally Schang’s leadoff walk and Shawkey’s single to right put runners on first and second with none out. Elmer Miller’s single to right scored Schang, giving the Yankees the first run of the game. Roger Peckinpaugh walked to load the bases. Ruth avenged his first-inning strikeout with a single to center, driving in Shawkey and Miller to give the Yankees a 3-0 lead. McGraw replaced Toney, who had failed to record an out in the inning.

With runners at the corners, Ruth did Giants reliever Jesse Barnes a huge favor when he was caught stealing second base. Ruth had seriously gashed his elbow in Game Two when he stole two bases; this failed stolen-base attempt damaged his elbow even further. Later that evening, after the game, the elbow became infected requiring that it be lanced and drained. Huggins wasn’t sure if Ruth would return. “It is difficult to figure just how long it will take for such a wound to heal sufficiently enough to permit the arm to be subjected to the rigors of throwing and batting,” he said.5 After Ruth’s caught-stealing, Bob Meusel walked to put Yankee runners on the corners again. Pipp’s groundout to second scored Peckinpaugh, extending the Yankees lead to 4-0. Barnes struck out Aaron Ward to end the inning.

For the Giants, trailing in the Series two games to none and down 4-0 early, things looked bleak. But Barnes led off the bottom of the third with a single to left field. After George Burns flied out to center, Dave Bancroft’s single to right put runners on first and second with one out. Shawkey walked Frankie Frisch to load the bases; walks to Ross Youngs and High Pockets Kelly followed, forcing in two runs to cut the Yankees’ lead in half at 4-2.

Huggins replaced Shawkey with Jack Quinn. Irish Meusel’s grounder to first baseman Pipp scored Frisch and cut the Yankee lead to one run. Rawlings legged out an infield single to shortstop, scoring Youngs and knotting the game, 4-4. Snyder popped a foul ball to Pipp to end the inning.

Both Barnes and Quinn shut down their opponents for the next three innings. Barnes extended his scoreless streak to four innings in the top of the seventh, thanks to a running over-the-shoulder catch by Burns off the bat of Quinn to deep center field.

The Giants then struck paydirt in the bottom of the seventh. A leadoff single by Frisch, a double to deep right field by Youngs, and a walk to Kelly loaded the bases with no outs. Irish Meusel’s double to right scored Frisch and Youngs, giving the Giants their first lead of the World Series.

Rawlings’ single plated Kelly and Meusel to extend the Giants’ lead to 8-4 and end Quinn’s afternoon. Rip Collins relieved Quinn and was the immediate benefactor of Rawlings being thrown out attempting to steal second. But Collins then surrendered consecutive singles to Snyder, Barnes, and Burns, loading the bases. Bancroft’s fly out to left field was deep enough to score Snyder and push the Giants’ advantage to 9-4.

Frisch walked to load the bases again. All three runners scored on Youngs’ second hit of the inning, a triple to deep center field. The Giants had broken the game open with an eight-run inning for a 12-4 lead. Tom Rogers relieved an ineffective Collins and induced Kelly to ground back to the mound to end the inning.

The Yankees scored a meaningless run in the top of the eighth. Ruth led off with a walk. Chick Fewster ran for Ruth and advanced to second on a wild pitch by Barnes. Pipp’s groundout sent Fewster to third, and he scored on Ward’s single; the run was the only blemish on Barnes’s splendid seven innings of relief.

Irish Meusel led off the Giants half of the eighth by slapping a single to center field and stole second base. Snyder’s single plated Meusel, resulting in the final 13-5 score.

The surprising offensive outburst gave hope to a team that was at such a low point earlier in the game. What could have been three-games-to-none deficit was now only a one-game deficit, two to one. “The victory will renew the confidence of my players,” McGraw said. “One of the most gratifying features of the victory to me was the way the Giants came from behind to win. No doubt there were many in the stands who figured when the Yankees scored four runs in their half of the third inning that the game was on ice, but my players didn’t think so.”6

Huggins was unfazed by the blowout loss. “We will get going again tomorrow,” he said. Asked if he was discouraged by the loss, Huggins laughed. “Why should I be?” he replied. “With the odd game still tucked away and two pitchers [Mays and Hoyt] who have conclusively proved that they could stop the Giants to call upon?”7

In addition to the sources cited in the Notes, the author accessed Retrosheet.org, Baseball-Reference.com, Back To Baseball, and SABR.org.

The author also relied on Steve Steinberg and Lyle Spatz, The Colonel and Hug: The Partnership That Transformed the New York Yankees (Lincoln: University of Nebraska Press, 2015) for background on Jacob Ruppert and Miller Huggins.