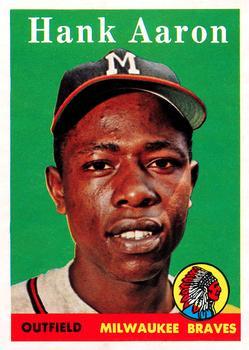 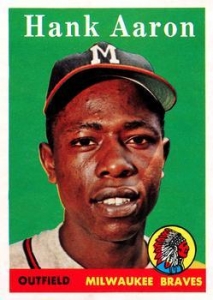 It was the start of a dynasty. Or so thought Milwaukee’s baseball fans.

On September 21, 1958, the Braves won the National League pennant for the second year in row. Hank Aaron propelled the reigning World Series champs with a 2-for-3 afternoon, sending four runs across Crosley Field’s home plate. Red Schoendienst knocked in a run, and a run scored on an error in the 6-5 victory against the Reds.

After the game, an unnamed Brave declared, “This is the best damned ballclub in the world.”1

Warren Spahn got the win at Crosley Field, raising his record to 21-11. The veteran pitcher—37 years old—added one more win a few days later and led the major leagues that season. It was part of a fantastic five-year run for the legendary lefty, who topped the NL in wins every year from 1957 to 1961 and the majors three times in that period. Father Time was helpless against Milwaukee’s ace.

For the first four innings, Spahn and Reds righty Brooks Lawrence kept each other’s squads in goose eggs on the scoreboard. But the fifth inning saw the visitors build a 4-0 lead against the home team’s hurler. Spahn cracked a double, advanced to third base on Bill Bruton’s single, and scored on Schoendienst’s single.

Eddie Mathews’ grounder to Walt Dropo at first base resulted in a force out of Schoendienst and Bruton taking third base. Bruton and Mathews scored on Aaron’s double—and so did Aaron because Cincinnati shortstop Roy McMillan “threw wildly to the plate” after getting the cutoff throw.2

Tom Acker headed to the mound for Cincinnati to begin the top of the sixth. The right-hander began his journey against the Braves with Del Crandall’s leadoff double, then retired Johnny Logan on a fly out. Spahn’s liner to Schoendienst led to a double play when the second baseman tossed to Logan to catch Crandall off second.

Schoendienst singled again in the top of the seventh; Aaron bashed a two-run homer to make the score 6-0.

Through six innings, Spahn had given up one hit—a single by Alex Grammas to lead off the bottom of the first—and two walks. But the Cincinnati nine fought back in bottom half of the seventh and nearly tied the game.

On defense, Andy Pafko substituted for Braves left fielder Wes Covington. Frank Robinson ignited the Cincy lineup with a leadoff homer. Dutch Dotterer made the first out with a fly ball to Bruton in center field.

But the home team got a break when Logan made an error on Dropo’s grounder, allowing Dropo to get to first base. Gus Bell doubled him to third and pinch-hitter Smoky Burgess’s single scored both runners to make the score 6-3.

Reds manager Jimmy Dykes tagged Eddie Miksis for pinch-running duty and Jim Fridley to bat for Acker. It was a wise move; Miksis scored on Fridley’s two-bagger and closed the gap to two runs.

Braves skipper Fred Haney relieved Spahn with righty Don McMahon, who faced the Reds’ third pinch-hitter in this offensive flurry. Don Newcombe, one of the better hitting pitchers in the majors with a .269 lifetime batting average, singled in place of Grammas and sent Fridley to third base. Bobby Henrich then took over Newcombe’s baserunning obligations.

Jerry Lynch’s grounder to McMahon allowed Fridley to make the score 6-5. George Crowe batted for Pete Whisenant and fouled out to Frank Torre at first base to end the rally. McMahon blanked the Reds in the last two innings to preserve the win.

Cincinnati Enquirer sports reporter Lou Smith reported on the fraternal bonds that endure after a hard-fought contest. Haney asked his counterpart to join the team during the World Series and “give advice.” Dykes politely declined: “You’ll do all right without me.”3

Spahn’s performance was one of finesse rather than power, allowing five hits and striking out two batters, Lawrence in the third and Bob Thurman pinch hitting for Lawrence in the fifth. Newcombe’s single in the seventh inning and Dotterer’s in the eighth were the only hits off McMahon in the right-hander’s 2⅔ innings on the mound.

It was appropriate, if not expected, that Aaron would play a highly significant role in a Braves victory.

He had won the 1957 National League Most Valuable Player Award and clinched the National League pennant for the Braves with an 11th-inning home run against the Cardinals.

An Associated Press article pointed out that the beginning of the season did not start off auspiciously for the game’s hero. At the end of May, his average hovered around .230.4 Thankfully for Braves fans, Aaron rebounded.

Though the hometown rooters in Crosley Field’s crowd of 27,213 respected the opponents’ strength in pitching and hitting, they had hoped for a different outcome. The season had been a bit volatile for the fans. Dykes escalated to manager from coach when Birdie Tebbetts quit in mid-August after helming the Reds since 1954.

They began the home stretch of the 1958 season with great promise.

On August 25 Cincinnati was nine games below .500 with a 58-67 record. But a 12-2 run from August 26 to September 7 raised hopes across the Ohio Valley. Formidability then tapered—five wins and six losses leading up to the contest on September 21.

The oldest surviving professional baseball team in the National League ended the season at 76-78.

Repeating as World Series champs proved a difficult task against Mickey Mantle, Yogi Berra, Elston Howard, and the rest of the mighty Yankees lineup. But the Braves put up a fight. They lost in seven games.

In 1959 Milwaukee lost the pennant to the Dodgers in two games of a best-of-three playoff; Haney resigned less than a week later despite a one-year contract offered by Braves owner Lou Perini.5

It was the end of an era of excellence. The Braves moved to Atlanta in 1966 and did not finish above fourth place in the 1960s until 1969, when the 93-69 Atlanta squad took the newly formed National League West by three games ahead of the Giants. Another World Series berth was not to be, however. The Braves lost the league title to the Mets, who defeated the Orioles in five games to win the World Series.