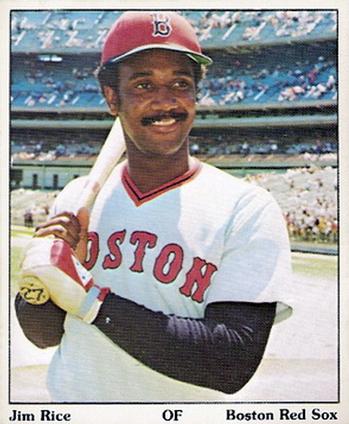 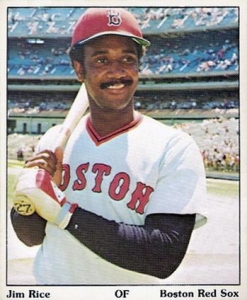 The uncredited scribe who wrote that sentence in the September 22, 1973, edition of the Boston Globe proved to be very prescient indeed. Rice hit 382 home runs in a 16-season career spent entirely with the Boston Red Sox, helped Boston teams reach two World Series, and was inducted into the Baseball Hall of Fame in 2009. When that terse sentence was written, though, he was a 20-year-old prospect whose late-season heroics had just helped the International League’s Pawtucket Red Sox win the Junior World Series.

The Junior World Series was a Triple-A postseason tournament, played on and off between the 1930s and the mid-1970s, that pitted the playoff winners of the International League and the American Association against each other.2 (Baseball’s third Triple-A league, the Pacific Coast League, was not represented.)

The team that won each league’s postseason playoff wasn’t always the one that finished with the best record. And in 1973, neither team in the Junior World Series could be said to have dominated its peers. Manager Jack Krol’s Tulsa Oilers, a St. Louis Cardinals farm club, won the American Association’s West Division by finishing a scant one game over .500 at 68-67. The East Division-winning Iowa Oaks3 finished 15 games better, at 83-53 with one tie. But the Oilers outlasted the Oaks in a seven-game championship series to take the league title. Outfielder Jim Dwyer, who hit .387 in 87 games, was Tulsa’s brightest star. Other notables included 19-year-old first baseman Keith Hernandez (.333 in 31 games), veteran first baseman-outfielder Byron Browne (.259, tied for the team lead with 10 home runs, and a team-leading 64 RBIs), and starting pitcher Bob Forsch (team-leading 12 wins and a 4.39 ERA in 27 starts).

In the International League, manager Darrell Johnson’s Pawtucket Red Sox were playing their first year in Rhode Island after moving from Louisville, Kentucky. They had a record that looked good on paper – 78-68, one game behind perennially powerful Rochester in the American Division. Behind that record lurked months of uneven play, redeemed by a late sprint. The PawSox didn’t get above .500 to stay until August 10, then played at an 18-9 clip the rest of the way to clinch a playoff spot.4 Players who carried the weight all year included third baseman Juan Beniquez (.298, 13 home runs, 52 RBIs), first baseman Cecil Cooper (.293, team-leading 15 home runs and 77 RBIs), and starting pitcher Dick Pole (12-9, 2.03 ERA, and a remarkable 16 complete games in 23 starts).

Rice spent most of 1973 with Boston’s Double-A team in Bristol, Connecticut, where he tore up the Eastern League to the tune of a .317 average, 27 home runs, and 93 RBIs. Promoted to Pawtucket near the season’s end, he arrived in time to play 10 regular-season games and hit .378 with four more homers and 10 more RBIs. He took part as the PawSox beat the Tidewater Tides three games to two, then defeated the Charleston Charlies by the same margin to clinch the Governor’s Cup and a trip to the Junior World Series.5

The series began in nailbiting fashion in Tulsa on September 16. The Oilers and Red Sox had at it in see-saw fashion for 12 innings before Tulsa center fielder Danny Godby blooped a run-scoring single in the bottom of the 12th to win the game, 7-6. After a day off for unseasonable cold, the PawSox evened things up with a 5-3 win, led by shortstop Rick Burleson’s 3-for-4 hitting and pitcher Mel Behney’s 4⅓ innings of shutout relief. Pawtucket’s pitching took over from there. Lynn McGlothen threw a two-hit shutout in Tulsa for a 1-0 win in Game Three, and Mark Bomback and Lance Clemons combined on a six-hit shutout back home in Pawtucket to take Game Four, 5-0. The PawSox, representing the smallest city in Triple A,6 were on the verge of triumph in front of their home fans.7

The starters in Game Five on Friday night, September 21, were left-hander Behney for the PawSox – filling in for injured teammate Billy Kouns8 — and former fifth-round draft choice Greg Terlecky (10-10, 5.33 in 27 games) for the Oilers. It took the red-hot PawSox no time at all to get on the scoreboard. With one out in the bottom of the first, Burleson singled and took second base on a passed ball charged to Tulsa catcher Marc Hill. First baseman Frank Vazquez singled in Burleson to give the home team a 1-0 lead, no doubt thrilling the 4,033 fans on hand.9

The PawSox kept their foot on the gas. In the third inning, Burleson and Vazquez teamed up to cause more trouble, as Burleson reached on a fielder’s choice and took third on a single by Vazquez. Beniquez, whose wife had given birth to a baby girl that morning in Puerto Rico, drove in Burleson with a single to make the score 2-0.10 With Rice coming to the plate, Tulsa called in reliever Ike Brookens, who had earned the win in Game One and allowed only one run in 7⅓ innings of work in the Series. Righty swinger Rice promptly sent Brookens’ first pitch 370 feet to the opposite field for a three-run homer, padding Pawtucket’s lead to 5-0.11

No additional PawSox crossed home plate that night, but with Behney working effectively, none needed to. Behney allowed a run in the fourth on consecutive doubles by designated hitter John Wockenfuss and first baseman Hernandez, and a second run in the seventh on nonconsecutive two-baggers by Wockenfuss and second baseman Larry Milbourne. Outside of these rallies, Behney allowed only three additional hits and a walk while striking out six. He had notched 12 complete games during the regular season, and he went the distance once again. The game lasted a few minutes shy of two hours, and ended when Hill flied out to center fielder Fred Lynn to clinch a 5-2 Pawtucket win.12 Terlecky took the loss.

Pawtucket became the fifth Red Sox farm team to claim the Junior World Series title, following the Louisville Colonels in 1939, 1945, and 1954 and the Minneapolis Millers in 1958. They were also the last. The Junior World Series was contested only once more – in 1975, when the Detroit-affiliated Evansville Triplets carried off the title.13

Some players who shined in the Junior World Series never got a shot at the big leagues. That included Pawtucket first baseman Vazquez, who hit .471 and was involved in two Game Seven scoring rallies, and PawSox designated hitter Roger Nelson, who led hitters from both teams with nine hits in the Series.14 The clinching victory was also pitcher Behney’s final Pawtucket appearance. Behney was promoted to Boston’s 40-man roster over the winter, but ran into serious arm trouble the following spring and is not listed as having appeared in a regular-season game at any level in 1974.15 In May of that year, Behney broke his pitching arm while throwing a pitch during a PawSox-Boston exhibition game in Pawtucket.16 His handful of games and a single start with the 1970 Cincinnati Reds would be his only major-league experience.

News reports mentioned that Pawtucket manager Johnson, who had also managed a first-place team in Louisville in 1972, was rumored to be on his way to the big leagues. Johnson denied those rumors during the postgame celebration, but they proved to be true less than two weeks later. On October 1, 1973, he was announced as the new skipper of the parent Boston Red Sox, replacing Eddie Kasko, who had never been able to lead talented Boston teams into the postseason.17 Two years after winning the Junior World Series, Johnson won the American League pennant with Boston.

As for promising young Rice, he was given one more year of minor-league seasoning – and he dominated it, winning the International League’s Triple Crown, Most Valuable Player, and Rookie of the Year Awards in 1974.18 The next season, playing left field in Boston alongside Lynn in center, he hit .302 with 22 homers and 102 RBIs, starring on the first Red Sox team to reach the postseason in eight years. He remained a feared hitter through the end of the 1980s. By the time he retired, “Jim Rice. Remember the name” ranked right up alongside “I saw rock and roll future and its name is Bruce Springsteen” on the list of great predictions made by Boston-based journalists.19 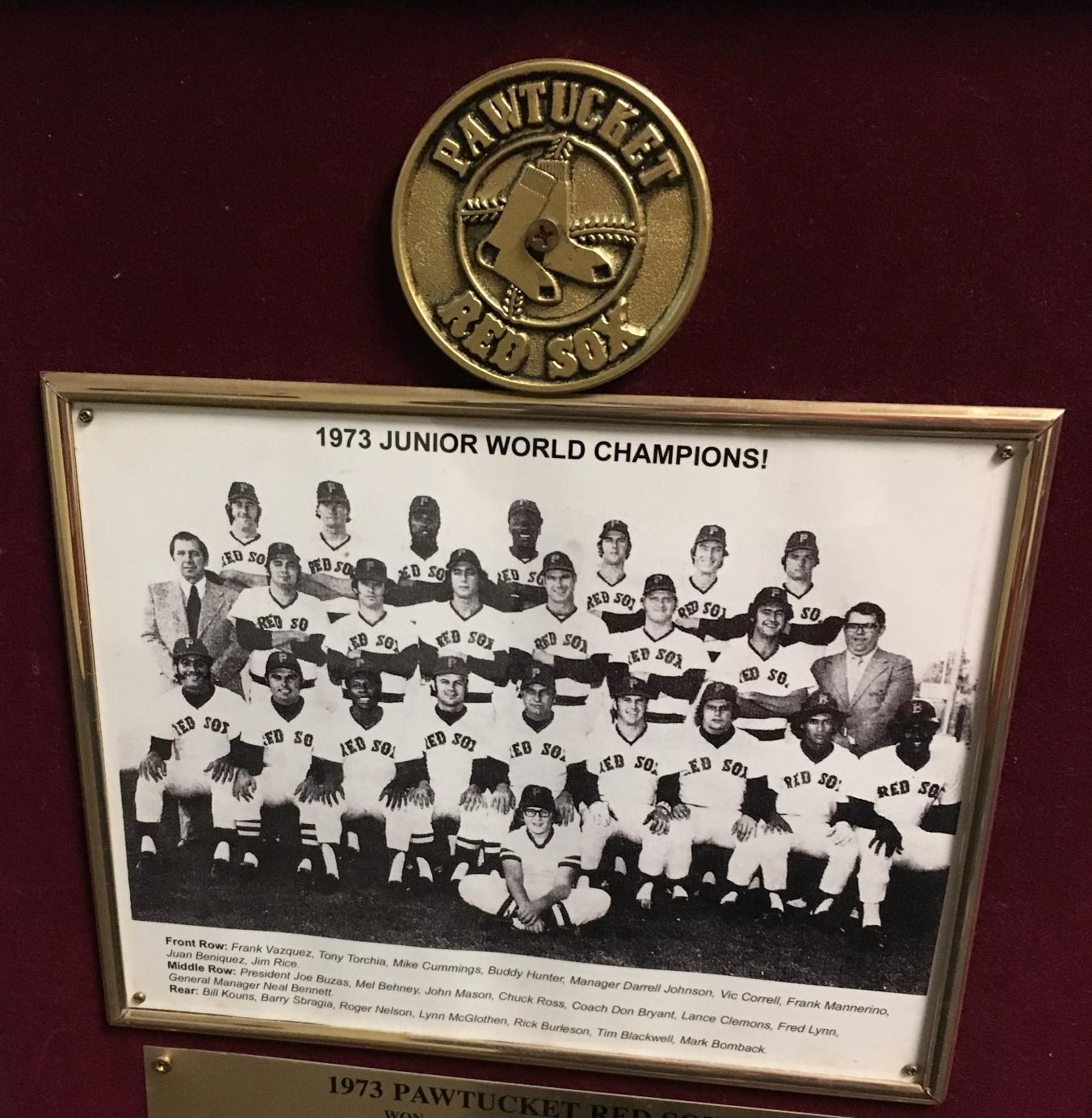 5 Tidewater was a Mets farm club, while Charleston was affiliated with the Pirates.

6 The population figure is deceiving. Pawtucket is part of a metropolitan area with more than 1.6 million inhabitants.

9 “Rice Helps Crown Pawtucket Champs.” As a side note, the Tulsa-Pawtucket game outdrew four major-league matchups played on the same day. An Expos-Cubs day game in Chicago drew 2,540 fans; an evening Padres-Giants doubleheader in San Francisco drew 2,992; a day game between the A’s and Twins in Minnesota drew 3,000; and an Angels-Rangers day game at Arlington Stadium drew 2,513.

14 “Junior World Series Items.” This was not the same Roger Nelson who pitched for several major-league teams between 1967 and 1976. This Roger Nelson was a New Jersey-born outfielder who played several seasons at Triple A in the Red Sox organization.

19 Music writer Jon Landau wrote the latter sentence in the May 22, 1974, edition of a Boston-area alternative weekly, the Real Paper, after seeing Springsteen and his E Street Band perform in Cambridge, outside Boston. Springsteen’s record label subsequently used the quote in national advertising, making it widely known in rock music circles. (It is sometimes misquoted as “I have seen rock and roll’s future …”) An example of a Columbia Records advertisement including the quote can be seen in the Pittsburgh Press, September 7, 1975: F5.