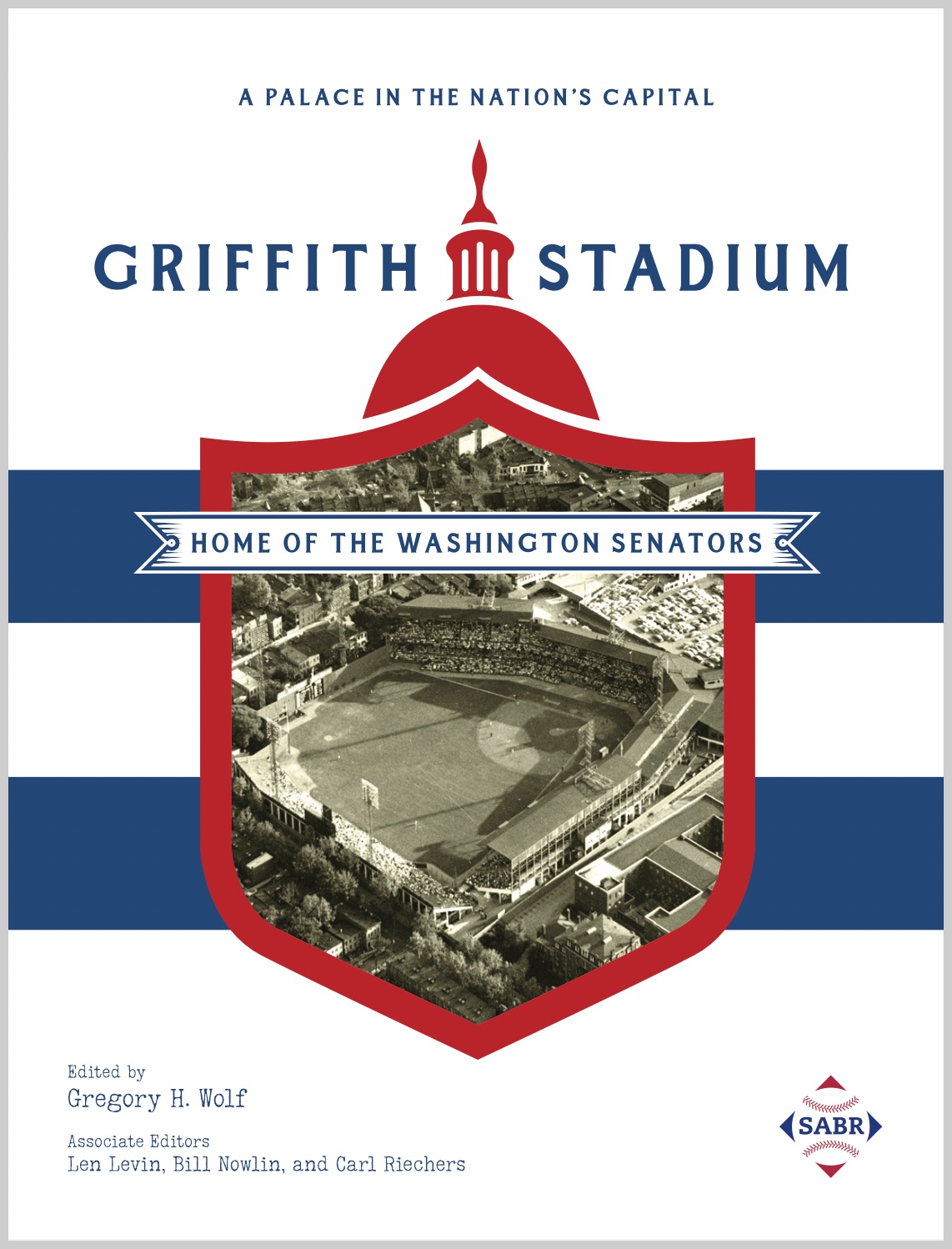 A Palace in the Nation’s Capital: Griffith Stadium, Home of the Washington Senators revives memories and the history of Griffith Stadium through detailed summaries of more than 70 games played there, as well as insightful essays. The ballpark’s rich and storied history of Negro League baseball is included, too.

Griffith Stadium was the home of the American League charter member Washington Senators from 1911 through 1960 and the identically named expansion team in 1961. Situated in the middle of a bustling residential neighborhood with tree-lined streets on what is now the site of the Howard University Hospital, Griffith Stadium was known for its cavernous dimensions, a unique outfield notch in center field with a conspicuously large tree behind the wall, cozy quarters, and something no ballpark or stadium in the US had: a presidential box. For more than 50 years, presidents traveled from the White House two miles northeast to Griffith Stadium to throw out the ceremonial first pitch.