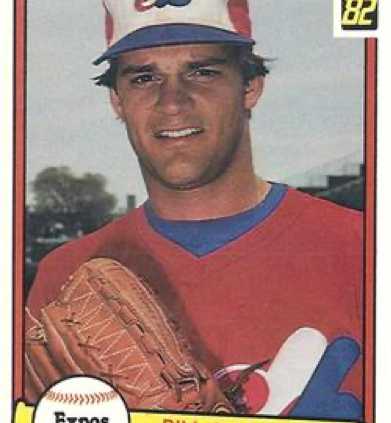 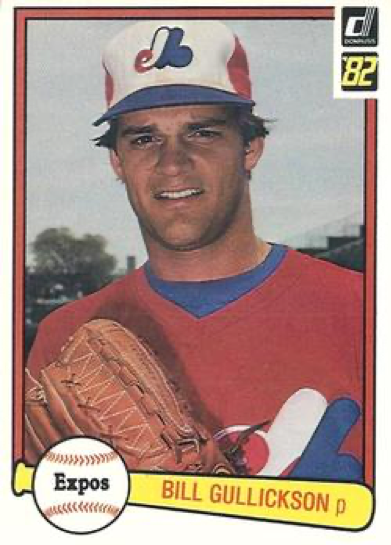 Bill Gullickson arrived in the National League with a record-setting splash in 1980. On September 10, the 21-year-old Montreal Expo became the first rookie pitcher to strike out 18 hitters in a game when he beat the Chicago Cubs, 4-2.

On April 10, 1982, Gullickson – by then an established member of the Expos’ rotation – tied a less distinguished record. Making his first start of the season against the Philadelphia Phillies, Gullickson became just the third major-league pitcher to throw six wild pitches in a game. Gullickson lasted seven innings despite his lapsed control and earned the win as the Expos defeated the Phillies, 11-3.1

The first two pitchers to accomplish this dubious feat seemed like natural candidates for the distinction. Houston Astros pitcher J.R. Richard, a gifted fireballer, led the National League in walks and wild pitches three times apiece. Richard threw six wild pitches in a game against the Dodgers on April 10, 1979 – three years to the day before Gullickson did it. Phil Niekro of the Atlanta Braves, whose lively knuckleball made every pitch an adventure, also threw six wild pitches against Houston on August 4, 1979. Niekro was also a three-time NL leader in walks, wild pitches, and hit batsmen.2

Gullickson, in contrast, had no reputation for missing the strike zone. In his record-tying game, he walked a modest two batters in seven innings and didn’t hit any. For the entire season, he walked 61 hitters and hit four in 236⅔ innings, both unremarkable. In 33 other games that season, he threw five wild pitches. Against the Phillies, though, he threw six pitches past catcher Gary Carter, and estimated later that Carter saved him as many as nine more.3

What accounted for his unusual burst of wildness? Gullickson told reporters that a long layoff since his last preseason start contributed to his problems. The Expos’ season-opening series against the Pittsburgh Pirates was postponed by snow, and Gullickson had not pitched in eight days. He said he lost his mechanics and his feel for the ball: “I was overthrowing on breaking balls and kept getting them down a lot. I hung onto the ball extra long and I had an extra foot and a half on it. I felt strong, maybe too strong.”4

Going into the game, manager Jim Fanning’s Expos had played only one game and won it, while Pat Corrales’s Phillies had played two and lost them both. Both teams were expected to be competitive. In the strike-fractured 1981 season, the Phillies won the division in the first half and the Expos in the second, giving both a ticket to the postseason. The Expos beat the Phillies, 3 games to 2, in the NL Division Series before falling to the Los Angeles Dodgers, 3 games to 2, in a dramatic NL Championship Series. The baseball world was also watching Mike Schmidt, the Phillies’ All-Star third baseman, to see if he could win a third consecutive NL Most Valuable Player Award.

Gullickson’s opponent on the mound was 31-year-old right-hander Dick Ruthven, who had won 17 games for the 1980 World Series champion Phillies. Ruthven added 12 more wins in the strike-shortened 1981 season, though his ERA jumped from 3.55 to 5.15. The April 10 game was also his first appearance of 1982.

About 16,720 fans came to Veterans Stadium for the Saturday-night matchup, which was only one of the athletic activities occurring in Philadelphia that day. The Philadelphia Flyers of the National Hockey League were participating in the Stanley Cup playoffs at their home rink, the Spectrum, in the same South Philadelphia complex as Veterans Stadium.5

Carter spent some of his afternoon watching the Flyers play the New York Rangers. After his experience with Gullickson, Carter made a hockey analogy: “I felt like a goaltender,” he told reporters. “It was a funny night. I was diving all over the place out there. … I try to take pride that I can block anything. I was very frustrated.”6 Carter, incidentally, won his third and final Gold Glove that season.

The visitors piled on with a two-out third-inning rally. Second baseman Wallace Johnson, playing in his 13th big-league game, singled for his third major-league hit. Johnson stole second and Ruthven wild-pitched him to third. Center fielder Andre Dawson walked and Oliver homered to give Montreal a 4-0 lead.

Gullickson lost his control, and part of his lead, in the bottom half. Catcher Bo Diaz led off with a homer off the facing of the upper deck in left,8 and Trillo followed with a single. Gullickson wild-pitched Trillo to second, and a grounder by Del Unser, pinch-hitting for Ruthven, moved him to third. One out later, Gullickson’s second wild pitch allowed Trillo to score, making it 4-2.

The Expos got a runner to third in the fourth inning but could not bring him in. The Phillies fared better in the bottom half. Schmidt singled, took third on a single by right fielder Dick Davis, and scored on Gullickson’s third wild pitch. Center fielder Garry Maddox walked, and Gullickson’s fourth wild pitch moved Davis to third and Maddox to second. Gullickson escaped the jam by striking out Diaz and getting Trillo to ground out. Montreal led 4-3.

Both teams wasted opportunities in the fifth. Cromartie grounded out with a runner on third to end the Montreal half. In Philadelphia’s turn at bat, shortstop Ivan de Jesus was thrown out stealing second after reaching on an error, and Dawson threw out Pete Rose at second base trying to stretch a single.

After several quiet half-innings, the Phillies threatened in the seventh. Maddox singled and Diaz bunted him to second. Trillo walked and Gullickson threw his fifth wild pitch, moving Maddox to third while Trillo stayed at first. Pinch-hitter Greg Gross popped out to Wallach in foul ground. Gullickson threw his record-tying sixth wild pitch; Trillo moved to second but Maddox stayed on third. Gullickson once again escaped the jam by striking out de Jesus on a low outside slider9 – the final batter he faced that night.

Relievers Ron Reed and Sid Monge had combined for four scoreless innings for the Phillies. But in the eighth inning, Philadelphia’s bullpen lost the plot. Sparky Lyle, beginning his 16th and final big-league season, coughed up a single to Oliver, a two-run homer to Carter on a hanging slider,10 and a single to Wallach after a groundout.

With the Expos up 6-3, Warren Brusstar came on to pitch for Philadelphia. Speier doubled Wallach home, and Jerry White, batting for Gullickson, doubled in Speier. White moved to third on a grounder, and Rodney Scott, who had replaced Johnson in the seventh, singled him in. Brusstar gave up another single, then retired Oliver for the third out. Montreal had a commanding 9-3 lead. One news report noted that Brusstar, a sinkerballer, “died under a barrage of line drives that had their origin in unsinking sinkers.”11

Montreal’s onslaught continued against Brusstar in the ninth as Carter and Cromartie singled. Speier’s fly to right scored Carter. To add insult to injury, relief pitcher Jeff Reardon doubled to right, scoring Cromartie for an 11-3 lead. It was Reardon’s first major-league hit and RBI. In a career that lasted through the 1994 season, Reardon collected only four more hits and one additional RBI, and retired with a batting average of .088.12

Reardon retired the Phillies in order in the eighth, and he shut them down the same way in the ninth, striking out Diaz to end the game in 2 hours and 10 minutes. Ruthven took the loss. Coincidentally, struggling relievers Brusstar and Lyle both ended the season with the Chicago White Sox, who purchased Lyle on August 21 and Brusstar nine days later.

Neither the Phillies nor the Expos reached the playoffs, as the eventual World Series champion St. Louis Cardinals held off Philadelphia by three games and Montreal by six in the NL East. Despite 35 homers, a .280 batting average and a seventh Gold Glove, Schmidt finished sixth in National League MVP voting behind winner Dale Murphy of Atlanta. (Schmidt won a third and final MVP Award in 1986.) Gullickson recovered his control but struggled to a sub-.500 season, finishing with a 12-14 record and a 3.57 ERA. As of the end of the 2021 season, no big-league pitcher had since thrown six wild pitches in a game.

Image of 1982 Donruss card #162 downloaded from the Trading Card Database.

1 Negro League single-game achievements were still being researched and compiled when this article was written in July 2021, and there was no definitive source to confirm whether a Negro League pitcher achieved or surpassed either of Gullickson’s distinctions.

5 The entire weekend was sports-crammed in South Philadelphia. The following day, the Philadelphia 76ers of the National Basketball Association played a regular-season home game at the Spectrum, losing in overtime to the Boston Celtics, 110-109. The box score of that game on Basketball-Reference.com indicates that the Sixers outdrew the Phillies, as a crowd of 17,582 packed the Spectrum. The Philadelphia Inquirer of April 11, 1982, reported that the Flyers and Rangers drew a crowd of 17,147, which means the hockey game also outdrew the Phillies.

7 Schmidt finished his Hall of Fame career with 10 Gold Gloves.

12 As a reliever typically used in late-inning situations, Reardon appeared in 880 games but recorded only 57 at-bats. He also spent part or all of seven seasons in the American League in the era before interleague play, when pitchers did not bat during the regular season.