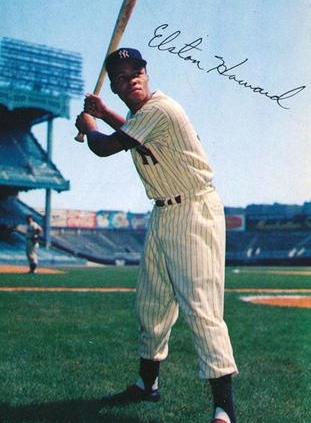 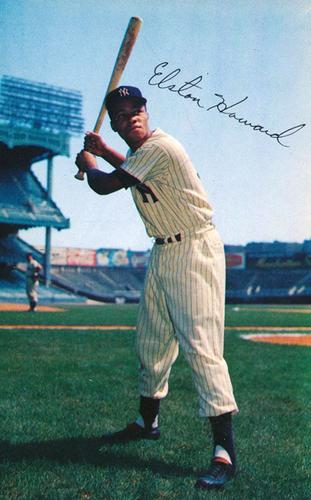 By the dawn of the 1955 season, the New York Yankees were one of only four teams that had yet to integrate.1 Jackie Robinson had debuted for the Brooklyn Dodgers eight years earlier, and several Black players had established themselves as stars with teams in the American and National Leagues – particularly Larry Doby in Cleveland, Minnie Miñoso on the South Side of Chicago, and Monte Irvin and Willie Mays with the New York Giants, just across the Harlem River from Yankee Stadium.

Robinson, in fact, had called out the Yankees directly during a television appearance in November 1952. Responding to a child’s question on the NBC show Youth Wants to Know, the Dodgers star said he felt there was prejudice in the Yankees’ front office. “[T]here isn’t a single Negro on the team now and there are very few in the entire Yankee farm system,” he said. When a New York Times reporter called Robinson and asked him to elaborate, he explained, “It seems to me the Yankee front office has used racial prejudice in its dealings with Negro ball players. I may be wrong, but the Yankees will have to prove it to me.”2

George Weiss, the Yankees’ general manager, responded by saying that he and his scouts were not going to add a Black player to the roster just for the sake of integrating. They would wait until there was a player who could crack their lineup. “We have numerous Negroes in our farm system,” Weiss told another New York Times reporter. “It has always been our hope that one of these shall prove good enough to make it with the Yankees. But we do not intend under any circumstance to bring one up just for exploitation.”3

To Weiss’s point, it may have been hard for a player of any racial background to supplant the established stars in New York’s lineup in those eight seasons between Robinson’s debut and that of Elston Howard, who would ultimately integrate the Yankees. In eight seasons from 1947 through 1954, New York won six World Series and finished third (with 94 wins) in ’48 and second (with 103 wins, their highest total in this span) in ’54. They averaged nearly 98 wins per season during that stretch.

Howard’s professional debut came in 1948 with the Kansas City Monarchs, when he was 19 years old. After that season, he was signed to the Yankees by scout Tom Greenwade, the same evaluator who landed Mickey Mantle,4 and played 54 games for Muskegon of the Central League in 1950. But Howard’s path to New York was sidetracked when he missed the 1951 and ’52 seasons after being drafted into the US Army. He returned to the minor leagues with the Triple-A Kansas City Blues in 1953, batting .286/.326/.427 in 139 games, and followed up with an MVP season in the International League in ’54: .330/.380/.569 with 22 home runs and 109 RBIs for the Toronto Maple Leafs.

After that impressive showing, the Yankees purchased Howard’s contract in October 1954, and he immediately was recognized as a top candidate to integrate the venerable ballclub. “Yanks Buy Howard, Negro Star, Two Pitchers and Third Baseman,” read the headline in the New York Times, with a subheadline: “Catcher From Toronto Likely to Be First of Race to Remain with Bombers.”5 Upon signing in early December, Howard was sent to the Puerto Rican Winter League, then went straight to spring training.6

With Yogi Berra the starter behind the plate, Irv Noren and Bob Cerv platooning in left field, and Hank Bauer established in right,7 the Yankees used Howard as a reserve catcher and corner outfielder in the Grapefruit League, his versatility only increasing his value. “I can’t make up my mind where he’s best at,” Yankees manager Casey Stengel said, “even though I’ve had him hittin’ clean-up which I don’t do except with a real good hitter which he is. He’s a three-way man, right field, left field and catch, which I caught him some games and he came down on some bad pitches, blockin’ them good.”8

When the Yankees broke camp two weeks later, Howard made the team. In an as-told-to Associated Press story bearing his byline, the rookie said: “I feel real good about getting a chance with the Yankees. I’d like to play major league ball. People have been asking me about the pressure of making it. I don’t feel that there is any pressure.”9

New York opened the 1955 season at home on April 13 with a 19-1 win over Washington, but even in a blowout, Howard watched from the bench. His debut came a day later, in Boston.

The Red Sox built a 3-0 lead with single runs in the first (a Faye Throneberry sacrifice fly), second (Billy Goodman’s single), and fourth innings (Jim Piersall’s home run) while their starting pitcher, Willard Nixon, breezed through five scoreless innings, allowing two walks and three singles and hitting a batter. To this point, Howard again took it all in without leaving the dugout.

New York got to Nixon in the sixth, when Mantle led off with a walk and Berra reached on a fielder’s choice force play. Bill Skowron singled to put runners on first and second for Noren, who had pinch-hit for Cerv10 in the fourth and stayed in the game in left field. The lefty-swinging Noren doubled to center, scoring both runners to cut the deficit to 3-2.

Jerry Coleman followed with a single to left field, but Noren was thrown out at the plate and argued umpire Bill McKinley’s call. During the dispute, Noren bumped McKinley and was ejected.11

In the bottom of the sixth, Stengel – needing his third left fielder of the day after Cerv and Noren – called on Howard in left. At 4:32 P.M. on April 14, 1955, the Yankees were integrated.12 Sammy White, the Red Sox catcher, who had tagged out Noren in the top of the inning, restored Boston’s three-run lead with a two-run home run to left off New York starter Bob Grim. The right-hander retired the next three batters to finish his afternoon: six innings, five runs (all earned), seven hits, a walk, and five strikeouts.

Nixon pitched a scoreless top of the seventh, allowing just a two-out single, before Boston added another run in the bottom of the inning on Throneberry’s double to left to score Nixon; it was the only batted ball (that stayed in the park) sent Howard’s way in his three innings in the field.

Now down 6-2 in the top of the eighth, the Yankees got to Nixon. Mantle opened the inning with a walk before Berra popped out. Skowron worked another base on balls, putting runners on first and second.

That set the stage for Howard’s historic first at-bat. The 6-foot-2 slugger dug into the right-handed batter’s box and drove a single to center to plate Mantle and move Skowron to second. “Howard’s appearance at-bat signaled the fall of a dynasty that had been assailed on all sides as being anti-Negro. The fans gave Howard a well-deserved round of applause, making his debut on the heretofore lily-white Bronx Bombers,” wrote a correspondent for the Black Associated Press.13

Up stepped Coleman, who reached on a single to second base, allowing Skowron to score to make it 6-4. With that, Nixon’s outing ended at 7⅓ innings (four runs allowed on nine hits, with five walks and four strikeouts). Ellis Kinder – at age 40 the oldest player in the major leagues – came in from the bullpen and immediately got out of the inning when Eddie Robinson lined back to the box and Kinder threw to second base to get Howard for a double play.

The Red Sox added two more runs in the bottom of the eighth when Kinder drove in Norm Zauchin and Ted Lepcio with a one-out single to center field. Kinder then put the finishing touches on the victory with a one-two-three ninth, totaling 1⅔ innings to record the save, retiring all four batters he faced on the line-drive double play, two fly outs and a strikeout.

Howard went on to play in 96 more games with the Yankees that season, though he wouldn’t get the first of his 69 starts until two weeks later, on April 28 in Kansas City. (He went 3-for-5, scoring two runs and driving in two.) Overall, Howard made 60 appearances in left field, 16 in right, and nine at catcher for the AL pennant-winners. He played in all seven games of the Yankees’ World Series loss to the Dodgers, homering in his first at-bat but going just 4-for-25 with one walk the rest of the series – and making the final out in Game Seven.

“Elston called me in St. Louis that night,” his wife, Arlene, wrote in her memoir Elston and Me: The Story of the First Black Yankee. “There was sadness in his voice, but he promised me that the Yankees would beat the Dodgers the following year if the Dodgers were ‘lucky enough’ to make it back to the World Series. Elston took the loss with class. Like a Yankee.”14

Howard, Arlene, and Ralph Wimbush. Elston and Me: The Story of the First Black Yankee (Columbia, Missouri: University of Missouri Press, 2001).

10 Contemporary sources did not mention a reason for Cerv’s early exit, though the New York Daily News said he “floundered badly” in left field, helping the Red Sox to two of their first three runs. Goodman, Boston’s leadoff hitter, reached in the first on a looper that got by Cerv for a double; Goodman later scored on Throneberry’s sacrifice fly. In the second, Cerv missed an “easy fly” by Lepcio, who scored on a Goodman single. See Joe Trimble, “Fenway’s Jinx Again Jolts Yanks, Bosox Breeze, 8-4,” New York Daily News, April 15, 1955: 57.