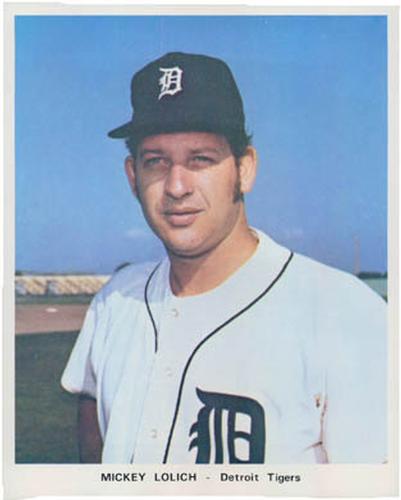 It might be difficult to imagine in the modern era, with big-money cable TV contracts and team-owned TV stations – but imagine entering the season not knowing where you would be able to watch your favorite team play. In 1972 Boston Red Sox fans found themselves in such a position.

The Red Sox had a TV contract, of course, with WHDH-TV, but the station was in the midst of a dispute over the retention of its TV license. The Red Sox entered the year knowing that WHDH-TV was scheduled to lose its license, effective March 19, and sought out a new TV partner.1 They ultimately signed with WBZ-TV, the local NBC affiliate.2

But that did not end the uncertainty surrounding the TV deal. The Boston Herald-Traveler, owner of WHDH-TV, continued to fight the loss of its license and did so in two courts, the court of public opinion and court of law. The Herald-Traveler tried to prove that it was the popular choice among Boston viewers by placing an ad in local newspapers asking viewers to mail the station to state whether they preferred WHDH-TV or Boston Broadcasting Inc. (BBI), which had been awarded the license.3 A month later, WHDH-TV “reported” the results as 83,585 preferring WHDH-TV and only 400 preferring BBI.4 Despite their best efforts, which even included an attempt to get the United States Supreme Court to intervene, WHDH-TV signed off the air on March 19, 1972, freeing the Red Sox to move to WBZ-TV.5

Now, imagine not knowing when your team will begin play. Almost as soon as the Red Sox cleared up the ambiguity regarding their TV carrier, they faced the possibility of not even beginning the season on time. Spring training had been filled with discussions of a strike, based on disagreements between the players and owners over health care, life insurance, and pension benefits.6

Those discussions manifested into reality when on April 1, the first-ever league-wide work stoppage in major-league history began.7 Fans waited for almost two weeks for a resolution. On April 14, it was announced that the strike had finally come to an end and that none of the canceled games would be made up.8 The result, of course, was that some teams would play more games than others and that teams had lost the opportunity to play games against key opponents.

Both of these facts proved relevant in the American League East race that played out later in the season. That possibility was not lost on sportswriters at the time. Right after the announcement of the strike’s ending, sportswriter Harold Kaese discussed the role of the missed games and the now-unbalanced schedule in the pennant race.9

In the immediate term, however, the Red Sox were back and set to begin the season at Tiger Stadium against the Detroit Tigers. Back in New England, fans tuned into Channel 4 to catch their Red Sox on WBZ-TV for the first time.10

Adding to the general feeling of uncertainty was the question of what kind of shape players were in after a two-week layoff. As soon as the strike ended, Red Sox manager Eddie Kasko pulled the team together at Fenway Park for an intrasquad game. Kasko noted that the pitching seemed to be ahead of the hitting and that the players were in far from perfect shape.11 For any Red Sox fan, such a declaration had to be worrying. The Detroit Tigers, led by veteran slugger Al Kaline, were no slouches and were projected to be challengers to the defending division champion Baltimore Orioles.12 If it was any consolation, Tigers manager Billy Martin voiced a similar concern about his own players, stating that he needed at least two to three days to get them ready to play.13

The Red Sox sent Marty Pattin, recently acquired from the Milwaukee Brewers after an All-Star 1971 season, to the mound for Opening Day. He faced off against Tigers ace Mickey Lolich. It was expected that Lolich would have a short outing, with Martin telling the press that he expected Lolich to pitch five strong innings before coming out of the game.14

The Red Sox wasted little time pouncing on Lolich, loading the bases on consecutive singles by Tommy Harper, Luis Aparicio, and Carl Yastrzemski. Seeing his starter on the ropes in the early going prompted Martin to get Tom Timmerman warming up in the bullpen.15 Lolich struck out Reggie Smith to get a much-needed first out and offer a bit of reprieve to the home crowd.

But the Red Sox still had the bases loaded and a chance to get an early rally going. The next batter, Rico Petrocelli, scored Harper from third on a line-drive single to left field. Aparicio moved safely to third, but Yastrzemski ran from first to third, meeting Aparicio and easily being tagged for the second out. While a wild pitch to the next batter, Danny Cater, sent Petrocelli to second, Lolich was able to get the strikeout to end the inning and limit the damage to one run.

The Tigers jumped on the board in the bottom of the second with a two-run home run by Ed Brinkman for a 2-1 lead. The Red Sox answered in the third when Aparicio scored Harper from first on a double to left field. The game was now tied, 2-2.

Both pitchers were beginning to find their grooves. Lolich in particular started to look especially dominant. Doug Griffin (single) was Boston’s only baserunner in the fourth, and the Red Sox went down in order in the fifth. Martin’s pregame statement aside, Lolich returned to the mound for the sixth and pitched another one-two-three inning. The next day, Lolich told the press that he was just “scuffling along” for the first four innings.16 Lolich’s self-assessment made the failure to capitalize on his first-inning struggles all the more painful for the Red Sox fans watching.

Pattin also made it through the fifth and sixth innings without allowing a runner but began to unravel in the bottom of the seventh. He began the inning by giving up back-to-back singles to Norm Cash and Willie Horton. Bill Freehan brought Cash home with a single to left; Yastrzemski’s off-balance throw home appeared to beat Cash to the plate, but catcher Duane Josephson dropped the ball as he made the tag.17 Detroit had a 3-2 lead.

Kasko responded by pulling Pattin and putting in reliever Ken Tatum. Tatum entered with runners on first and second and nobody out. He induced a fly out from Brinkman to get the first out. A sacrifice by Lolich moved the runners to second and third. Rather than face the threat of Dick McAuliffe bringing runners home, the Red Sox opted to walk him and load the bases and set up a force out at every base. A fly out to third by Aurelio Rodriguez got Tatum out of the inning with the bases loaded.

Unfortunately for the Red Sox, Tatum’s attempts to limit the damage were all for naught as Lolich remained dominant on the mound, far exceeding his manager’s pregame expectations. He set Boston down in order in the eighth, and then the ninth, ending the game by setting down the final 16 batters in a row. The Tigers took the Opening Day win, 3-2.

And with that, the 1972 season was finally underway. Having survived a tumultuous spring that saw their TV deal upended and the season delayed, the Red Sox were off to chase another pennant. In the end, they came devastatingly short. In April, Harold Kaese prophetically opined that the Red Sox could finish a half-game out of the division lead.18 They did exactly that, finishing a half-game behind the Tigers. This game also provides a picture-perfect illustration of the adage that a loss in April is just as important as a loss in September. In the end, if the Red Sox had capitalized on Lolich’s first-inning struggles, they might well have won the 1972 American League East.