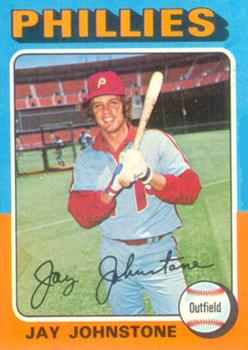 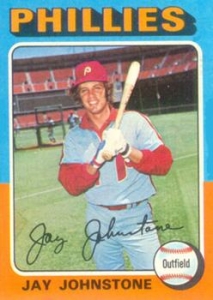 No one at Montreal’s Jarry Park on Saturday, April 19, 1975, could ignore the howl of tropical-storm-force winds.1 Philadelphia Phillies manager Danny Ozark listened to the wind and let it dictate last-minute changes to his starting lineup. The results made him look like a genius as his team downed the Expos, 3-0.

Most accounts of the game reported winds gusting to 50 mph, though one observer, Bill Conlin of the Philadelphia Daily News, had them blowing as high as 70 mph.2 Conlin also reported watching from his hotel-room window as the wind peeled a 20-foot strip of copper roofing off a nearby high-rise.

The wind caused widespread electric outages, including at Jarry Park, which lost power about two hours before game time.3 Players, coaches, and 8,154 fans watched in fear as the ballpark’s inoperative light towers swayed menacingly under darkening skies. “Look at those towers,” Phillies outfielder Greg Luzinski said. “They don’t want to stay up. We can’t play in this wind. No way we can play in this wind.”4

They played in the wind.

Why? According to news accounts from both Montreal and Philadelphia, the home-team Expos had the prerogative of deciding whether the game would start, and they chose to play. The Montreal Gazette reported that Expos President John McHale ordered the game to go on because it would have embarrassed the team to have an afternoon game called for darkness.5 The Philadelphia Inquirer reported that Expos manager Gene Mauch wanted to play to put pressure on the Phillies’ strained pitching staff: “Smart fella, Mauch. Make the Phillies play Saturday and they’d have to dig deep for a starter [Sunday].”6 Both publications noted that Ozark and umpiring crew chief Ed Vargo were opposed to playing.

Montreal, incidentally, was not the only baseball outpost plagued by strong winds that day. The Rochester (New York) Red Wings of the Triple-A International League postponed their home game against the Memphis Blues as gusts of up to 70 mph raked western New York. It was believed to be the first “wind-out” in the team’s long history.7 A “strong wind” was reported at that day’s Yankees-Tigers game in Detroit,8 while Chicago Cubs outfielder Rick Monday said “the winds were swirling all around” during the Cubs-Mets game in New York.9 But nowhere was the weather as oppressive as it was in Montreal, where veteran Phillies pitcher Jim Lonborg got the start against second-year Expos hurler Dennis Blair.

During warm-ups, Expos coach Dave Bristol demonstrated the strength of the wind – as if proof were needed – by picking up a fungo bat and casually lofting a pop fly over the right-field fence.10 Ozark had a late flash of inspiration. He removed right-handed hitters Mike Anderson and Alan Bannister from his starting lineup, replacing them with lefty swingers Tom Hutton and Jay Johnstone in right field and center field, respectively. “Somebody hit a fungo. The ball went out (of the park) like nothing,” Ozark said later. “I thought, ‘Damn, if a lefthander gets a ball in the air. …’”11

The Expos put two runners on base in the first inning on a single by second baseman Larry Lintz and a walk. Righty-swinging center fielder Pepe Mangual drove a fly to left that might have been a three-run home run on a normal day, but the powerful wind cut it down to a fly out.12 The same thing happened in the bottom of the second. Left fielder Tony Scott drew a walk, catcher Barry Foote reached on an error, and right-handed third baseman Larry Parrish hit a ball hard to left that couldn’t fight its way through the wind. Instead of six potential runs, the Expos scored none.

One reporter noted that the Expos could have used switch-hitter Ken Singleton and lefty hitters Ron Fairly and Willie Davis, who were all traded away by the team in the course of a single week in December 1974.13 Another wrote, “The Expos were reminded again about an ailment no doctor can cure – somebody who can hit with authority from the left side. … The Expos play 81 games in this park and yet they spot that wind advantage to every visiting team.”14

The Phillies had plenty of left-handed bats in their lineup, and they took advantage of the wind in their half of the second. Hutton laced a line-drive single off the pitcher’s rubber, the first of his three hits that day. Third baseman Mike Schmidt singled to center, bringing up Johnstone. On a full count, Blair threw Johnstone a second straight slider, and the center fielder lofted a routine fly ball into the low-level jet stream and let the wind do the rest.15 The ball cleared the fence, past leaping Expos right fielder Gary Carter,16 and the Phillies took a 3-0 lead on Johnstone’s first home run of the year. Carter, incidentally, was just beginning his Hall of Fame career. He’d played nine games with Montreal in 1974, and this was his 10th appearance of the young 1975 season.

After his struggles in the first two innings, Lonborg switched to a compact no-windup pitching motion and found his rhythm.17 From the third inning through the eighth, the Expos managed only two baserunners and no runs. Lonborg hit first baseman Mike Jorgensen with a third-inning pitch, and Lintz drew an eighth-inning walk.

In the fifth inning, the Expos’ decision to play the game cost them the services of one of their brightest young prospects. Phillies second baseman Dave Cash led off by hitting another deceptively strong windblown ball to right field. Carter raced after the ball and made a sensational leaping catch. His momentum – and the wind – carried him full force into the wall, and he crumpled to the warning track in pain. Carter was taken to Montreal’s Queen Elizabeth Hospital for evaluation. He suffered a cracked rib and did not play again until April 25.18 A wire-service photo of a prone and grimacing Carter, with Mangual hovering above him, ran in newspapers the following day.19

Blair was yanked after five innings, and relievers John Montague and Dale Murray combined to shut out the Phillies the rest of the way. In the seventh, Cash reached third with one out on a single, a balk, and a wild pitch, but shortstop Larry Bowa and first baseman Willie Montanez could not bring him home. Johnstone received two intentional walks after his homer as Montreal sought to neutralize Philadelphia’s left-handed advantage.

Lonborg waltzed into the ninth inning with a one-hit shutout. Mangual and Scott complicated matters for a few minutes with back-to-back one-out singles, bringing the tying run to the plate. Foote and Parrish, both righty batters, hit consecutive fly balls to center to wrap up the game in 2 hours and 15 minutes. Afterward, Mauch praised all the pitchers, but especially Lonborg: “Give the pitcher credit. He pitched the righthanders in tight and kept the ball away from the others. He did a fine job.”20

Johnstone, the Phillies’ leading clubhouse comedian, had appeared on the field before the game with his uniform stuffed full of towels to “weigh him down.” He couldn’t resist the opportunity to crack wise after the game, telling writers: “On a normal day that ball I hit out might go 500 feet. But it had such terrific topspin it was actually fighting the wind.”21

Phillies manager Ozark lucked into another strategic victory when cold weather forced the postponement of the next day’s game. This saved Ozark from having to use relief pitcher Ron Schueler for an emergency start, and eliminated the pressure Mauch had reportedly hoped to place on the Phillies’ pitching staff by playing Saturday.22

The win brought the Phillies’ record to 5-5 and dropped the Expos to 3-7. Philadelphia ended the season in second place in the National League East at 86-76, 6½ games behind Pittsburgh. Montreal ended the season tied for last place at 75-87, 17½ games back. After recovering from his injury, Carter finished second on the Expos with 17 homers, led the team with 68 RBIs, made his first of 11 All-Star Games, and finished second in NL Rookie of the Year voting to San Francisco pitcher John Montefusco.

16 Carter, best known as a catcher, played the outfield extensively for the Expos in 1975 and 1976 before moving behind the plate full-time. In 1975 he made 92 appearances in right field compared with 66 at catcher.

19 One example was the Rochester Democrat and Chronicle (see Note 7.)