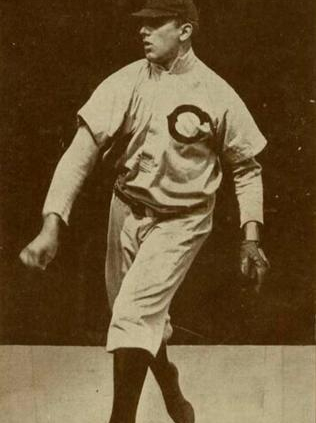 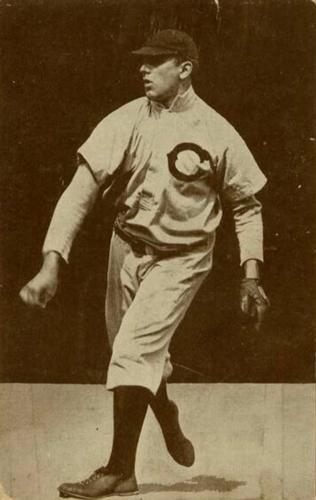 The crowd filing into Baker Bowl on August 24, 1905, expected a doubleheader between the visiting Chicago Cubs, and the homestanding Philadelphia Phillies. Instead, spectators were treated to one 20-inning game, culminating in a 2-1 Chicago win. The game was remarkable for its “fever pitch of excitement,”1 inspiring the Chicago Daily News to declare it the greatest game in the history of the National League.2

Entering the game, Chicago had dropped nine of 15 meetings with Philadelphia, and the Cubs had lost the day before to the Brooklyn Superbas, the NL’s worst team. Nevertheless, Chicago (65-49, with a tie) held third place, ahead of fourth-place Philadelphia (62-49, with a tie).

Neither team was threatening New York. The first-place and defending champion Giants – featuring manager John McGraw and pitcher Christy Mathewson – appeared invincible. With 43 games left on its schedule, New York enjoyed a 9-game lead over the second-place Pittsburgh Pirates, and a 14½-game advantage over Chicago.

Frank Chance was serving as Chicago’s interim manager in place of Frank Selee, who had guided the Cubs since 1902. Selee had assembled Chicago’s star-filled roster, and increased its win total each year of his reign, but his health was failing.

The Cubs were 37-28, and in fourth place after Selee’s final game at the helm on June 27. On June 30 Selee suffered “an acute attack of intestinal indigestion,” and his physician prescribed absolute rest, preventing Selee from traveling with the Cubs to an exhibition game in Fowler, Indiana.3 Everyone assumed Selee would soon return, so – as was then customary – managerial tasks temporarily fell to Chance, the team’s captain. But Selee did not return; he remained weak from what was diagnosed as acute appendicitis.4

On the advice of his physician, Selee “asked for and was granted indefinite leave of absence from his duties.”5 He planned to recuperate in Colorado during the summer and fall, spend the winter in New Mexico, and resume managing the Cubs in the spring.6 Under captain Chance, Chicago had won 15, lost 10, and played to a tie. Based on the team’s performance, club President James A. Hart elevated Chance to acting manager on July 28.

The afternoon’s pitching matchup pitted Chicago’s Ed Reulbach against Philadelphia’s Thomas “Tully” Sparks. Reulbach, a 22-year-old right-handed rookie with a 13-10 record, had joined the Cubs in May directly from the University of Vermont, and he cemented his place on the roster – and in the pitching rotation – by winning nine consecutive decisions from May 25 to July 2. His record included a 3-2 mark against the Phillies. Sparks, a right-handed veteran, was 11-7, and on the way to his first winning major-league campaign. He had defeated Chicago in the Baker Bowl on July 27.

No one scored through the first nine innings; Reulbach yielded five hits, Sparks six, and neither pitcher was tapped for more than one hit in an inning. Philadelphia’s Sherry Magee nearly reached the right-field bleachers, but Chicago’s Billy Maloney chased down the ball, and caught it under the balcony. Joe Tinker stopped another Philadelphia threat with a double play, snatching Kid Gleason’s liner, and tagging Kitty Bransfield, who was racing toward second.

Both teams remained scoreless through 12 innings. Chicago had one of its best scoring opportunities foiled in the 10th by first baseman Bransfield’s unassisted double play. With one out, Reulbach was perched on second, Jack McCarthy on first, and Doc Casey waited in the batter’s box. Casey ripped a line drive toward right field, but Bransfield caught the ball, and tagged McCarthy off the bag for the third out. According to the Chicago Tribune, Reulbach would have easily scored if not for Bransfield’s catch. In the 11th Tinker reached base, stole second, and had third stolen too, but overran the base, and was tagged out, ending another threat.

The Cubs finally broke the deadlock in the 13th. The inning started harmlessly when Casey flied to Roy Thomas in center. But Chance slashed a ball to center that no one could reach, and he sprinted to third. With Chance 90 feet from home, 22-year-old outfielder Frank Schulte slapped a single to center, sending Chance across home plate with the game’s first run.

Chicago’s lead was short-lived. Thomas began the Phillies’ half of the inning with a single, remaining at first when Ernie Courtney popped up a bunt for an out. Magee’s fly ball to right was chased down by Maloney, who caught it in foul territory after a long run. Thomas tagged up, and dashed for second.

Maloney’s rushed throw to the infield eluded Tinker, allowing Thomas to scamper to third. Bransfield lined a pitch right over Reulbach’s head; Reulbach reached up, but the ball glanced off his glove and to the outfield, scoring Thomas to tie the game, 1-1.

Reulbach and Sparks were nearly unblemished over the next three innings. Maloney singled off Sparks in the 14th and advanced to second with one out, but he stayed there. Sparks plunked Schulte with a pitch in the 16th, but Schulte was out trying to steal second base.

The weather was described as cloudy and humid,7 and the humidity took its toll on the players. Reulbach’s strength began to wane in the 15th inning, and his teammates sponged and fanned him while he waited on the bench to go back on the mound.8 Cubs players continued that cooling routine each inning until the game ended.9

The Phillies mounted a serious threat in the 17th. Gleason dropped a Texas Leaguer into center for a single, and remained at first after Mickey Doolin flied out. Cubs third baseman Casey may have saved the game by knocking down Red Dooin’s “cannonball blast” down the third-base line.10 Casey’s quick reaction prevented an extra-base hit, and held the Philadelphia runners at first and second. Sparks moved them to second and third with a groundout, but the rally fizzled when Thomas struck out on three pitches.11

The Cubs made things interesting after two outs in the 18th when Phillies shortstop Dooin fumbled Chance’s grounder. Schulte followed with a single to left, but he was forced at second on Tinker’s grounder, calming Philadelphia fans – though not for long.

Maloney opened Chicago’s half of the 19th with a triple, forcing Sparks to prove his mettle. He coaxed Solly Hofman to hit a grounder right back at him; Sparks fielded it, checked Maloney back to third, and threw Hofman out at first. Jack O’Neill popped out, and Reulbach struck out. “The crowd gave Sparks a great reception when he started for the bench after this pitching feat,” a sportswriter noted.12

The fateful 20th inning began with McCarthy’s single. He was bunted to second by Casey, and McCarthy scored when Chance hit a bounding ball past Sparks, over second base, and into center field, putting the Cubs on top, 2-1. Dooin nailed Chance attempting to steal second, a play that was magnified in importance when Schulte followed with a triple. Schulte was stranded when Tinker flied out.

If the Cubs thought the Phillies would go quietly, they were mistaken. Player-manager Hugh Duffy pinch-hit for Sparks, singling to left field, and Thomas bunted him into scoring position. With Duffy leading off second base, Reulbach spun and threw to Tinker, hoping to catch Duffy off guard, but Tinker could not hold the throw, and Duffy raced to third with only one out.

Courtney hit a fair ball along the first-base line; it was grabbed by Chance, who ran up the line, tagged Courtney for the second out, and stared Duffy back to third. Magee hit a grounder to Hofman at second; Hofman grabbed it, and threw to Chance, ending the game four hours after it began.

The game was hailed as the longest in Philadelphia history,13 and the 20 innings were reported as matching the most innings ever played in a NL or AL game.14 The Chicago Daily News praised Reulbach’s efforts: “[T]his youngster showed admirable and wonderful nerve and stamina, pulling his team out of some deep holes several times.”15

The game was “a grand duel between the pitchers,”16 and Sparks might have claimed the win had there been one fewer Chicago defensive gem, or another timely Philadelphia hit. Instead, Reulbach celebrated his second marathon win of the summer. On June 24 he threw 18 innings to beat the St. Louis Cardinals by the same 2-1 score.

With the hour late and the players exhausted, the second game was canceled. On August 25-26 Chicago beat Philadelphia twice more, tightening its grip on third place, the position it occupied at season’s end.

Charles Murphy purchased the Cubs on November 1, and he immediately named Chance as manager, removing his “interim” status.17 From 1906 through 1910, Chance’s Cubs were one of the greatest teams of all time,18 winning four pennants and two World Series championships. Chicago’s 1906 winning percentage of .763 is the best in either the AL or NL as of 2021, and its regular-season won-lost record in those five seasons (530-235) is unequaled.19

In addition to the sources cited in the Notes, the author consulted Baseball-Reference.com and Retrosheet.org for pertinent information, including the box score. The author also relied on game coverage in the Chicago Tribune, Chicago Daily News (accessed through Genealogy Bank.com), and Philadelphia Inquirer newspapers, and SABR Baseball BioProject biographies for several players involved in the game.

5 “Selee Is Forced to Quit the Game.”

6 “Selee Is Forced to Quit the Game.”

13 Phillies Lose to Chicago in Twenty Innings.” The article refers to the number of innings played, but it probably qualified as the longest in time as well.

19 James. The Yankees did not average 100 regular-season wins in any five-year period during their great run from 1996 to 2007.