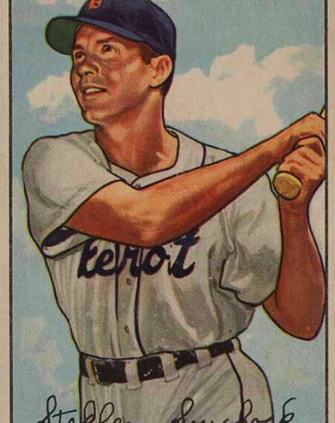 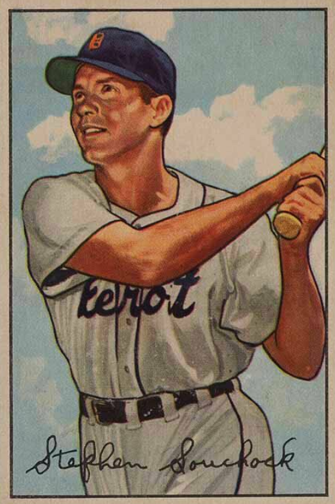 The New York Yankees had every reason to feel confident. They had won three consecutive World Series championships, 1949-51. When they arrived for a five-game series, July 25-28, 1952, at Briggs Stadium in Detroit, they were again in first place in the American League. And they had won eight of their last 10 games against the cellar-dwelling Detroit Tigers.

The “collapse” of the Tigers was “the big surprise” of the 1952 season.1 The Tigers hadn’t finished lower than fifth place in any of the previous 20 seasons. Pitcher Fred Hutchinson became the team’s skipper on July 5, 1952, and was trying to right the sinking ship. “I’m convinced we do not belong in last place,” he said. “We can win a lot of games. I think we will.”2

A throng of 41,538 attended the series opener, a night game on Friday, July 25. Yankees manager Casey Stengel selected southpaw Bob Kuzava as his starting pitcher. Hutchinson chose right-hander Art Houtteman to start for the Tigers. After a two-month span in which his record was frightful (no wins, nine losses, and a 7.25 ERA), Houtteman pitched well in his most recent start, earning a 2-1 victory at Philadelphia on July 18. Both pitchers were locals: Houtteman was a native of Detroit and Kuzava hailed from nearby Wyandotte.

Seven Yankees had been named to the 1952 American League All-Star team: catcher Yogi Berra; outfielders Mickey Mantle and Hank Bauer; infielders Phil Rizzuto and Gil McDougald; and pitchers Vic Raschi and Allie Reynolds. Stengel effused about Mantle, a 20-year-old switch-hitter. “They ask me can he hit,” said Stengel. “Well, right-handed he hits ’em about 400 feet. But left-handed he hits ’em only about 400 feet.”3 Through games of July 24, the youngster had slugged 13 home runs, seven right-handed and six left-handed.

The Tigers had only one All-Star — Vic Wertz — and he was sidelined by an injury. Taking his place in right field on July 25 was Stephen “Bud” Souchock (pronounced “Sue-chuck”4), a 33-year-old utilityman. Souchock was making his first start in 12 days, a right-handed batter to face the left-handed Kuzava. A “quiet, good-natured” guy,5 Souchock was a decorated World War II veteran and a former Yankee.

The game was a pitchers’ duel. Batting left-handed, Mantle broke the scoreless tie in the fourth inning by belting a solo home run with two outs into the upper deck in right field. Souchock nearly homered in the fifth inning; his long drive down the left-field line curved barely foul. Kuzava then struck him out.

Berra led off the sixth with a single to right field. Mantle also singled to right but rounded first base too far. Right fielder Souchock fired the ball to Walt Dropo, the first baseman, and Mantle was tagged out in a rundown. Houtteman got out of the jam, stranding Berra at third base.

Leading off in the seventh, Souchock again nearly homered. His line drive hit the screen in left field about a foot from the top, and he settled for a double. He did not score, as Kuzava retired the next three batters.

The Tigers tied the game in the eighth. With two outs and Neil Berry on first base, Kuzava delivered a wild pitch that caromed off Berra. As the ball was retrieved, Berry scampered to third base, and he came home on Johnny Groth’s single to left field.

Souchock led off the bottom of the ninth and sent the first pitch from Kuzava into the upper deck in left field. It was barely fair and gave the Tigers a dramatic 2-1 victory.

Only 13,060 fans attended the second game of the series, a day game on Saturday, July 26. Despite his heroics the night before, Souchock found himself back on the bench. Hutchinson tabbed Cliff Mapes, a left-handed batter, to play in right field and face Raschi, a right-hander. Southpaw Ted Gray, a native of Detroit, started for the Tigers.

Rizzuto led off the game with a double down the left-field line. Joe Collins and Bauer followed with bunt singles to load the bases. After Berra fouled out, Mantle came to the plate. Facing the left-handed Gray, Mantle batted right-handed and drove a pitch deep into the upper deck in left field. It was the first grand slam of Mantle’s career.

The Tigers got on the board with two runs in the second inning. Groth singled and went to third base when Mapes doubled off the screen in left field. Groth scored and Mapes went to third on Joe Ginsberg’s groundout. Gray, a .147 career hitter, sent a grounder up the middle for a single, and Mapes came home with the second run.

Mapes was a former Yankee, and so was Johnny Hopp, a 36-year-old veteran acquired by the Tigers after the Yankees released him in the spring. In the third inning, Hopp reached first base on a force out. When Dropo singled to left field, Hopp raced to third base, sliding head-first ahead of the throw from left fielder Gene Woodling. With runners at the corners, Groth popped out to Rizzuto, the shortstop. After Rizzuto made the catch on the outfield grass, he nonchalantly tossed the ball to Billy Martin, the second baseman, and Hopp surprised everyone by tagging up at third. “Hopp took off for the plate like a sprinter and slid safely under the amazed Martin’s hurried throw.”6

Al Federoff, who had a .100 season average (4-for-40), led off the bottom of the fourth by drawing a walk from Raschi. The weak-hitting Gray followed with a single to center field, and it was evident that Raschi, who had won nine consecutive decisions, was not himself. Stengel replaced him with Johnny Sain, a “veteran curve ball artist.”7 Berry’s bunt single loaded the bases, and Federoff scored the tying run when Fred Hatfield grounded into a 4-6-3 double play.

The Yankees regained the lead with two runs in the top of the seventh, on a triple by Rizzuto, a single by Collins, and a double by Bauer. The Tigers got one back in the bottom half, with singles from Johnny Pesky and Hatfield.

Mapes led off the bottom of the eighth with a single, moved to second base on Ginsberg’s sacrifice bunt, and scored when Federoff singled to left field. Woodling “made a terrible throw” home; he “should have thrown him out by yards,” said Joe Trimble of the New York Daily News.8 The score was now tied, 6-6. Woodling made amends in the ninth. With two outs, Groth doubled and Mapes was walked intentionally. Ginsberg singled to left field, and Woodling’s “perfect throw cut down Groth at the plate.”9

The game went to extra innings. Gray continued on the mound for the Tigers and was effective. Right-hander Bobby Hogue replaced Sain in the 10th inning. With one out in the 11th, Mapes drew a walk and advanced to third base when Ginsberg doubled down the first-base line. Pinch-hitter Don Kolloway was walked intentionally to load the bases. Souchock was called on to pinch-hit for Gray. On a 2-and-1 count, he lined a pitch from Hogue into the lower deck in left field. It was the first (and only) grand slam of Souchock’s career. For the second game in a row, he delivered a walk-off home run to beat the Yankees. The final score was Tigers 10, Yankees 6.

Two days later, in the final game of the series, Souchock homered again off Hogue in a 12-2 Tigers victory.

Game coverage in the July 26 and 27, 1952, issues of the Detroit Free Press, New York Daily News, and New York Times.