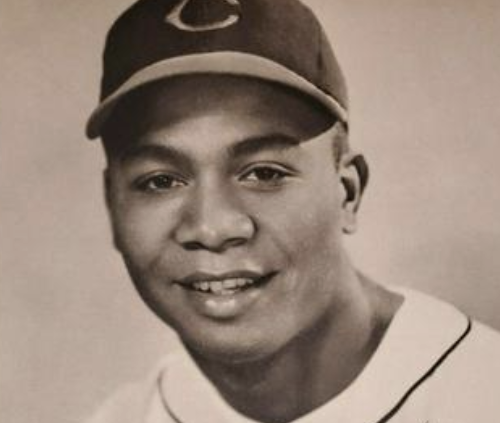 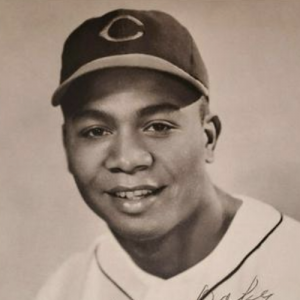 At 10:45 A.M. on July 5, 1947, Larry Doby and Cleveland Indians assistant public relations director Louis Jones arrived by train in Chicago. The pair made a brief stop at the Congress Hotel to pick up Indians owner Bill Veeck, and journeyed to Comiskey Park, where they were about to make history.1

It was the culmination of a whirlwind two days, which started around 5:30 A.M. on July 3, shortly after Doby, then with the Newark Eagles of the Negro National League, arrived home from a game in Wilmington, Delaware.

Doby’s phone rang. On the other end was Effa Manley, who with her husband owned the Eagles.

“She told me Cleveland had purchased my contract, and wanted to know if I wanted to go,” he said. “I was so surprised; I could just about tell her yes.”2

At his home, Doby was besieged by members of the press for his role as the second Black player in the major leagues – and the first in the American League. But unlike Jackie Robinson, who’d made his debut that April after a year in the Dodgers farm system, Doby was headed from Newark to the major leagues during the season.

The Indians were carrying an empty roster spot since pitcher Roger Wolff had been sold to the Pittsburgh Pirates on June 14, and it would be filled by Doby, who had homered in his final game with the Eagles, in the opener of a July 4 doubleheader against the Philadelphia Stars at Ruppert Stadium. He then “stripped off the uniform of the Newark Eagles of the Negro National League. He was hoping it would be for the last time. So were his teammates, his rivals in the league and sixteen million other Negroes in the United States,” wrote Franklin Lewis in the Cleveland Press.3

Doby showered, signed autographs for the waiting throng, and went to Newark’s Pennsylvania Station, where he hopped on a train to Chicago. (Jones had offered Doby a chance to fly to the game; he declined.)

When he got to Comiskey Park, Doby officially signed his contract, and met with assembled sportswriters, telling them, “I’m really nervous. Last night on the train was the first time in four nights I got any sleep.”4

Doby was then taken to the visiting clubhouse to get suited up and ready to play. Indians player-manager Lou Boudreau hadn’t quite figured out what to do with Doby at that point. His main skill was in the middle infield, but the Indians were set there, with Boudreau at shortstop and Joe Gordon at second.5

The crowd of more than 18,0006 – the biggest Saturday crowd for the White Sox that year – cheered as Doby took the field for the first time for pregame practice. “Let’s get out on the field,” Boudreau said. “And don’t stop to give any autographs.”7

Mel Harder, then in his 20th and last season as a pitcher for the Indians,8 was shaky to start. He walked the first batter, Floyd Baker, who advanced to third on a double by Luke Appling. Taft Wright, making his first appearance in the White Sox starting lineup since June 10, hit a dribbler that deflected off Eddie Robinson’s glove at first, scoring Baker, and Jack Wallaesa flied out to Dale Mitchell in left field, scoring Appling. Rudy York singled, advancing Wright to third, but Dave Philley flied out and George Dickey grounded out, both to Robinson, to keep from any further damage.

Harder helped his own cause by doubling to lead off the top of the third off Eddie Smith. George Metkovich’s drive to right field hit the top of the wall and bounced back onto the field. He settled for a triple, but Harder scored to cut the White Sox lead to 2-1.

Two more White Sox runs came home in the fifth. Wright singled to lead off, then was forced at second on a grounder by Wallaesa. York flied out, but Philley hit his eighth triple of the year, to left-center field, scoring Wallaesa. Philley then scored on a single by Dickey, giving Chicago a 5-1 lead.

The Indians rallied in the seventh, as Smith walked leadoff batter Joe Gordon and ran the count to 2-and-0 on Ken Keltner. Manager Ted Lyons relieved him with Earl Harrist, who completed the walk. Hank Edwards pinch-hit for catcher Al Lopez and forced Keltner at second, with Gordon moving to third. Bryan Stephens, who had replaced Harder in the fifth and stranded two runners in scoring position, was due up.

Boudreau called for another pinch-hitter.

Jackson said Doby’s debut was met with “thunderous applause” by people recognizing the history and achievement of the moment.

“For Larry Doby it took but a few short minutes to walk up to that plate,” Jackson wrote. “But for 13 million American Negroes that simple action was the successful climax of a long uphill fight whose annals are like the saga of the race.”

Larry Doby had become the first Black player in the American League.

Doby swung for strike one. On the next pitch, he swung again, this time hitting a sharp line drive that barely missed third-base umpire Joe Paparella but hooked foul. He took ball one low and away, followed by ball two, low and inside. Stephens went low and away again, and Doby swung and missed, striking out in his first major-league plate appearance.

“Larry was very definitely nervous and taut in his precedent breaking role,” Jackson wrote. “But the crowd was in a receptive mood and gave the squarish built, poker face youngster a stirring round of applause as he ambled back to the bench.”10

Metkovich singled to score Gordon and advance Edwards to second base. Edwards scored on a single by the next batter, Mitchell. Pat Seerey grounded out to end the inning, but the Indians were now down 5-3.

Bob Lemon came on to pitch in the bottom of the seventh, and Doby’s long day had come to an end. With one out in the eighth, Lemon walked Baker, and Appling hit his third double of the day, as Baker scored what turned out to be the winning run.

In the ninth inning, umpire Bill Summers called time, noticing two “colored gentlemen” in street clothes in the Indians dugout. Summers was informed by Boudreau they were police officers. Ed McAuley of the Cleveland News wrote that they were there “to make sure Doby was not overwhelmed by autograph seekers and more enthusiastic members of his own race,” but it’s easy to wonder if there were more serious concerns at play.11

The Indians mounted one final rally in the bottom of the ninth, as Hank Ruszkowski, who’d replaced Lopez behind the plate, walked. Les Fleming also drew a walk, and Lyons replaced Harrist with Gordon Maltzberger. Metkovich crushed Maltzberger’s first pitch, but Wright caught it. Mitchell singled to score Ruszkowski, and Seerey grounded out to Maltzberger. But Fleming scored and Mitchell, the potential tying run, was at second. Up stepped Boudreau, hitless in four previous plate appearances. (He was intentionally walked in the first inning.) He flied out to Michaels to end the game.

That night, Jackson was out to dinner with Doby. The writer came away secure in the knowledge that Doby would be successful in the major leagues. “I was tight and tense when I walked up there to the plate this afternoon,” he recalled Doby telling him. “However, I am in the best possible physical condition and feel certain that I can hit big league pitching. I’m not worried about making good for the Cleveland Indians, because I know that God is with me.”12

It was the start of a Hall of Fame career.

In addition to the sources cited in the Notes, the author consulted Baseball-Reference.com and Retrosheet.org for pertinent information, including box scores.

1 For further reading on the topic, consult Luke Epplin, Our Team: The Epic Story of Four Men and the World Series That Changed Baseball (New York: Macmillan, 2021).

5 Ironically, his manager in Newark, Biz Mackey, foretold Doby’s ultimate position with the Indians, saying, “If they play him in the outfield, there’s no question about his making good.” Cleveland moved Doby to the outfield full-time in 1948, and he remained a fixture there through the 1955 season. “Larry Doby Hits Home Run in Finale In Newark; Eagles Split with Philly Stars, 11-5, 5-10,” Cleveland Call and Post, July 12, 1947: 12B.

8 Of course, he would go on to a lengthy career as the team’s pitching coach.