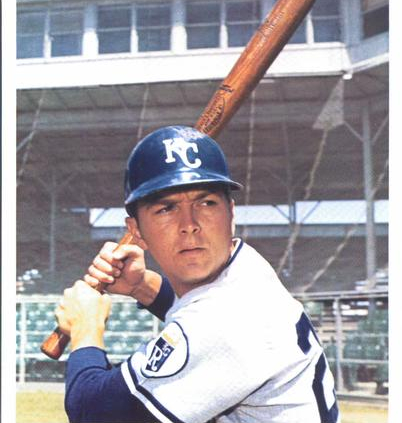 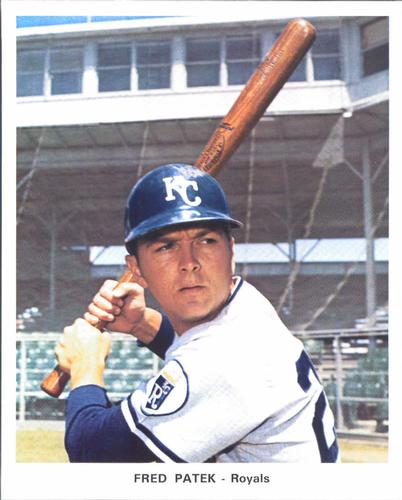 The Minnesota Twins hosted the Kansas City Royals for a three-game series the weekend before the All-Star Game in July 1971. Things were going badly for Minnesota; after two American League West titles in a row, their dominance was ending. The Twins had lost five straight and 11 of their last 18 games entering the series, falling into third place, 15½ games behind the first-place Oakland A’s.

The downward trend continued in the series opener on July 9. As the Kansas City Times reported, the Twins “were done in by Freddie Patek, the smallest man in the majors.”2 Patek, Kansas City’s 26-year-old, 5-foot-5 shortstop, hit for the cycle, and his cycle-clinching hit was a game-winning home run in the ninth inning.

Prior to this game, Kansas City had lost two in a row and five of its last eight games, but the second-place Royals had a 4½-game edge over the Twins in the AL West Division standings. A Friday night crowd of 11,698 came to Metropolitan Stadium and witnessed history.

Righthander Jim Perry started for the Twins. He was the AL’s reigning Cy Young Award winner and, with a record of 12-7, had been named as a reserve to the American League All-Star team.3 Mike Hedlund, also a righty, started for Kansas City. He had come to the Royals from the Cleveland Indians in the 1968 expansion draft. Hedlund was in search of his eighth win of the season.

The Royals got to Perry before he could record an out. Patek, acquired in a December 1970 trade with the Pittsburgh Pirates, led off with a double and scored on Paul Schaal’s single. Amos Otis grounded into a double play, but Perry walked Gail Hopkins and Ed Kirkpatrick before getting Jerry May to foul out for the third out.

Kansas City added to its lead in the second. Bobby Knoop singled with one out. Hedlund bunted back toward the mound. Perry fielded the ball and threw to second, but it was too late to get Knoop, and both runners were safe.

Patek followed by lining a single to right. Third-base coach George Strickland threw up the “Hold” sign, but Knoop ignored him, raced toward the plate, and, according to the Kansas City Times, was “thrown out by 25 feet” for the second out.4

Perry, however, continued to struggle with control and walked Schaal to load the bases. Otis singled to right, plating both Hedlund and Patek, and Schaal ended up at third. With Hopkins batting, Otis stole second base, his 27th steal of the season.5 Perry struck out Hopkins for the third out, but the Royals had jumped to a 3-0 lead.

The Twins had two runners on base in the second but came up empty. In the third, though, they tied the score. After Perry flied out, Hedlund walked Steve Braun and César Tovar. Harmon Killebrew singled to left. Kirkpatrick threw home, but Braun was safe, and both Tovar and Killebrew took an additional base to give the Twins two runners in scoring position. Rod Carew grounded to short, deep enough for Tovar to score on the out. Leo Cardenas then blasted a triple into right field, and Killebrew scored the game-tying run.

Both teams put runners on base in the fourth but did not score. Patek tripled in the top half, but Perry surrounded the hit with three strikeouts. The triple was Patek’s fourth of the season.6 In the bottom half, Perry and Braun singled for Minnesota, mixed in with three groundouts.

Both starting pitchers faced the minimum over the next three innings. Hedlund had singled to start the top of the seventh, but he was forced at second by a Patek grounder. Patek was then caught stealing, and Schaal flied out to end the inning. Hopkins reached on a single in the eighth, but he was also stranded.

The Twins started a rally in the eighth inning. With one out, Carew and Cardenas singled, putting runners at the corners. Royals manager Bob Lemon motioned to his bullpen, and left-hander Tom Burgmeier entered in relief of Hedlund.

Minnesota skipper Bill Rigney countered by inserting Brant Alyea as a pinch-hitter for Jim Holt, who had been 1-for-3 against Hedlund. Lemon won the managerial chess match, as Burgmeier struck out Alyea.7 Rich Reese then grounded out unassisted to first baseman Hopkins. The runners were left on base.

The game was still tied when the Royals batted in the top of the ninth. Knoop singled to center with one out. Lemon called for Lou Piniella to pinch-hit for Burgmeier. That move didn’t pay off, as Piniella struck out, bringing up Patek with two outs.

Perry’s first offering to Patek “sailed above his head.”8 The Minneapolis Star Tribune claimed that the ball “came high and tight to singe the bill of Freddie’s cap,”9 explaining that the purpose pitch was “designed for any man that has three hits in a game.”10

Patek swung at Perry’s next offering and deposited the ball in the left-field pavilion, 361 feet from home plate.11 Perry had yielded 18 home runs in his first 22 appearances; this was number 19.12 The solo shot was Patek’s second homer of the season and only the 10th of his career, in his fourth major-league season. Not only did the round-tripper give the Royals a two-run lead, it completed the cycle for Patek.

Two pitches later, Schaal also drove the ball into the seats beyond the left-field fence for an insurance run. Hal Haydel entered in relief of Perry. He faced one batter, getting Otis to pop out to the catcher in foul territory for the third out.

The Royals turned to veteran reliever Ted Abernathy in the bottom of the ninth. The 38-year-old submariner struck out George Mitterwald but allowed a single to pinch-hitter Jim Kaat.13 This was Kaat’s third pinch-hit appearance of the season; they all came within a week of each other. Braun then hit a grounder up the middle. Patek – who led the AL in double plays for a shortstop every season from 1971 to 1974 – fielded the ball, stepped on second, and threw to first for the game-ending double play.

Patek’s glove and arm had ended the game, but his bat was the bigger story. His third career four-hit game made him the first player in Royals history to hit for the cycle, achieving the feat in the franchise’s third season.14 It was the only time in 1971 that a batter hit for the cycle.

After the game, Patek explained that he felt lucky in hitting the game-breaking home run, adding, “I was just trying to hit the ball down the middle.”15 With a runner on base, his approach was to move the runner into scoring position. In the Twins clubhouse, Perry gave Patek the credit he deserved: “I pitched Patek all over – in and out, up and down. He hit it wherever I threw it.”16

It was also a memorable night for the game’s winning pitcher. About 25 friends and relatives saw Burgmeier, a 27-year-old native of St. Paul, adjacent to Minneapolis, earn his fourth victory of the season.17

Abernathy picked up his 15th save. Perry’s record fell to 12-8 with the loss.

The Royals had pounded out a dozen hits, put up by seven different batters. Minnesota had nine hits, led by Carew and Cardenas with two apiece, but eight of them were singles. It was Patek’s extra-base hitting – igniting the Royals in the first with a leadoff double, then putting them ahead to stay with his cycle-capping homer – that made the difference.

According to Retrosheet, “Close & Late” refers to a player’s “record in the seventh inning or later with the batting team no more than one run ahead or the tying run is at least on deck.”18 For his career, Freddie Patek batted .250 in “Close & Late” situations. In 1971, however, he posted a mark of .291, the second-highest in his 14-season career.19 Patek finished sixth in the MVP voting in 1971, sparking the Royals to their first winning record in franchise history.

Jim Perry struggled in the second half of the 1971 season, winning only five of 14 decisions. It wasn’t just Patek who had success against the All-Star pitcher late in close games. For the season, opposing batters hit .327 in “Close & Late” situations against Perry.

5 Entering the game, Patek led the American League in stolen bases with 30. Otis finished the season with 52 stolen bases in 1971, surpassing Patek and leading the AL.

6 Patek tied two Houston Astros, Joe Morgan and Roger Metzger, for the major-league lead in triples in 1971 with 11.

7 Earlier in the season, on April 12, Burgmeier had faced Alyea with the bases loaded and had struck him out.

12 Perry led American League pitchers in home runs surrendered in 1971, with 39. It was the highest total of his career and the second time he’d led the league in HRs surrendered. (The first was in 1960, with 35.) In fact, he allowed home runs in 28 of his 40 games on the mound.

13 Kaat was batting .216 coming into the game. The single boosted his batting average to .231.

17 Three seasons later, Burgmeier returned home when the Royals traded him to the Twins. He pitched in 214 games, all in relief, for Minnesota from 1974 through 1977.