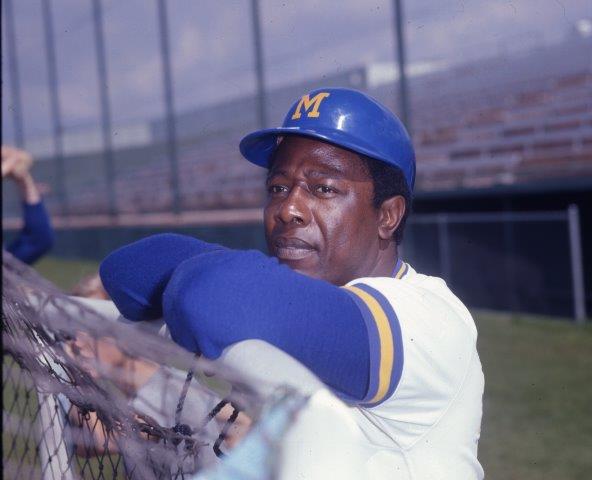 In the summer of 1975, a London punk named John Lydon was invited to audition for a rock band after he was seen wearing a T-shirt with the phrase “I HATE PINK FLOYD.”1 He passed the audition and adopted the name Johnny Rotten. The band became the Sex Pistols, and the pen-scrawled shirt entered punk-rock lore.2

If Lydon had been able to merchandise his T-shirt that summer, he might have found willing buyers among the Detroit Tigers and Milwaukee Brewers. On June 23 the teams met at County Stadium the night after a Pink Floyd concert — and the event didn’t make the band any fans in either clubhouse.

As rock music became big business in the 1960s and ’70s, sports stadiums emerged as favored places for top bands to perform. But how best to protect playing surfaces against wear and tear? Some promoters solved this problem by confining the fans to the stands. In film of the Beatles’ 1965 Shea Stadium concert, for instance, there are simply no fans on the field.3 Other shows were scheduled during long road trips, which allowed time for cleanup. For instance, the Grateful Dead played the Oakland Coliseum on June 8, 1974, while the A’s were on an East Coast swing.4 The team returned home on June 14, and news coverage the next day made no mention of any field issues.5

When Pink Floyd came to County Stadium on June 22, 1975, neither precaution was taken — a lapse of reason that was more than momentary.6 The concert drew more than 50,000 people to the ballpark, many onto the field, on a rainy night.7 The Rolling Stones had played there two weeks before, and the damage from the Pink Floyd crowd added to previous heavy wear. When the Tigers, Brewers, and 10,945 baseball fans showed up on June 23, the field was in “deplorable” shape, with the outfield worn bare in spots and full of cigarette butts.8 “I can’t remember seeing a field that bad in the major leagues,” Tigers manager Ralph Houk said.9

Del Crandall’s Brewers sat in third place in the American League East, five games behind division-leading Boston, with a 33-32 record. The hero’s return10 of Hank Aaron to Milwaukee was the story of the season, though he was hitting only .230. Houk’s Tigers were in fifth, 10½ games back, with a 26-36 record. Time was catching up: Al Kaline had retired, contemporaries like Mickey Stanley and Bill Freehan were aging, Mickey Lolich was inconsistent, and young help was slow to arrive. The team went 8-24 in June and finished 57-102, hopelessly passing their time in the grasslands away.11

The Tigers notched singles in the top of the first by second baseman Gary Sutherland and left fielder Dan Meyer, but Castro retired the next two hitters to escape the inning. The bottom of the first and top of the second saw each team hit a single, but nothing further.

In the bottom of the second, two future Hall of Famers failed to produce, but Milwaukee’s other players got the job done. Aaron led off with a strikeout. Left fielder Bobby Darwin singled, then pulled up with a cramp and retired to the Great Gig in the Clubhouse;12 Mike Hegan pinch-ran. Right fielder Sixto Lezcano singled Hegan to second, and catcher Darrell Porter hit a three-run homer, the 16th round-tripper given up by Coleman in 15 games.13 After second baseman Pedro Garcia grounded to third, third baseman Tim Johnson walked and stole second. But shortstop Robin Yount couldn’t pick up the man in scoring position, grounding out to opposite number Tom Veryzer to keep the score 3-0.

Castro continued to give Detroit lots of runners but no runs. In the top of the third, center fielder Mickey Stanley singled, only to get wiped out on a double-play ball by Sutherland. Meyer and designated hitter Willie Horton hit two more singles, but right fielder Leon Roberts grounded out to Yount, bringing nobody home.14

The bottom of the third began with Milwaukee center fielder Bill Sharp reaching second when Roberts dropped his routine fly. One out later, Aaron drove Sharp home with a triple on a low line drive Roberts tried, but failed, to catch.15 It was the 97th triple of Aaron’s career, and the second-to-last.16

After a walk to Hegan, Lezcano grounded to shortstop. The ball took an unexpected hop on the “unusually rough” infield17 and hit Veryzer in the face, swelling up his eye and forcing him to leave the game. Aaron scored on the play. With Gene Michael taking Veryzer’s place, the next two hitters went down on a strikeout and a fly to left, leaving the score at 5-0.

The Tigers broke free18 in the top of the fourth. First baseman Jack Pierce and third baseman Aurelio Rodriguez led off with singles. Catcher John Wockenfuss flied out. Michael grounded to first base, where George Scott threw to second for the force, leaving runners at the corners and two out. Stanley’s single sent Pierce home and put runners at first and second. Castro threw a wild pitch that allowed both runners to advance. Sutherland flied out to Hegan, though, ending the inning at 5-1. Sharp doubled in the bottom half but did not score.

After Meyer took up his stethoscope and walked19 in the top of the fifth, Crandall called in Bill Champion to replace Castro, who had worn out his welcome with random precision.20 Champion retired Horton and Roberts, then yielded a two-run homer to Pierce to make it 5-3.21 Rodriguez also singled before Wockenfuss grounded to third to end the inning.

The Brewers loaded the bases with one out in the fifth on singles by Aaron and Lezcano and an error by Pierce. But Coleman, still working, retired Garcia on a liner to third and Johnson on a grounder to second to eclipse22 the Brewer rally.

Detroit continued to close the gap in the top of the sixth. Michael singled and Stanley reached when Johnson bobbled his grounder. Sutherland bunted them up a base, and Meyer singled in Stanley. Rookie reliever Tom Hausman took over for Milwaukee and got Horton to ground into a double play to hold matters at 5-4.

Through the seventh and eighth, each team got men into scoring position but couldn’t follow through. Most notably, Detroit put men on second and third in the top of the seventh on a single by Roberts, an error by Garcia that allowed Pierce to reach, and a passed ball. The next three Tigers couldn’t bring the boys back home:23 Rodriguez struck out, Wockenfuss popped foul to Porter, and Michael grounded out to second.

The Brewers put the Tigers away with a three-run eighth. The inning began with a single, a passed ball, an infield error, a single with a throwing error by Rodriguez on the play, and two more singles — one by Aaron, who went 4-for-5 in the game.24 Reliever Bob Reynolds finally worked out of the mess by retiring Lezcano, Garcia, and Johnson, sandwiched around a walk to Porter, but Milwaukee could breathe25 comfortably at 8-4.

Hausman retired Horton, Roberts, and Pierce in the top of the ninth, finishing off the game in 3 hours and 7 minutes.26 Hausman earned the win with 3⅔ innings of shutout ball to go to 2-1, while Coleman dropped to 3-11 after getting shellacked for 13 hits and eight runs in seven innings.

Aaron raised his average to .243 and said his bat was coming back to life:27 “This was one of my best nights, and I feel as if I can finish the year hitting .275 or .280.”28 Others grumbled about the field, including the Brewers’ Garcia: “It was terrible. You didn’t know where the ball was going to hit. The ball went crazy.”29 News reports in early July indicated that the Tigers, Indians, and a third team had filed complaints with the league office regarding chronically poor field conditions in Milwaukee.30

The Tigers’ adversarial, us-and-them31 relationship with rock concerts continued. In early September, Detroit played a series in Cleveland, about two weeks after a “World Series of Rock” performance at Municipal Stadium. The Sporting News noted: “The Tigers were understandably enraged by the atrocious condition of the field in Cleveland’s Municipal Stadium following a rock concert, a football game and a full week of rain. It was, they all agreed, the worst they had ever seen.”32 Either the fans in Cleveland were especially destructive, or the Tigers had already stopped hearing the echoes33 of the June night in Milwaukee, when they went on after Pink Floyd and lost. 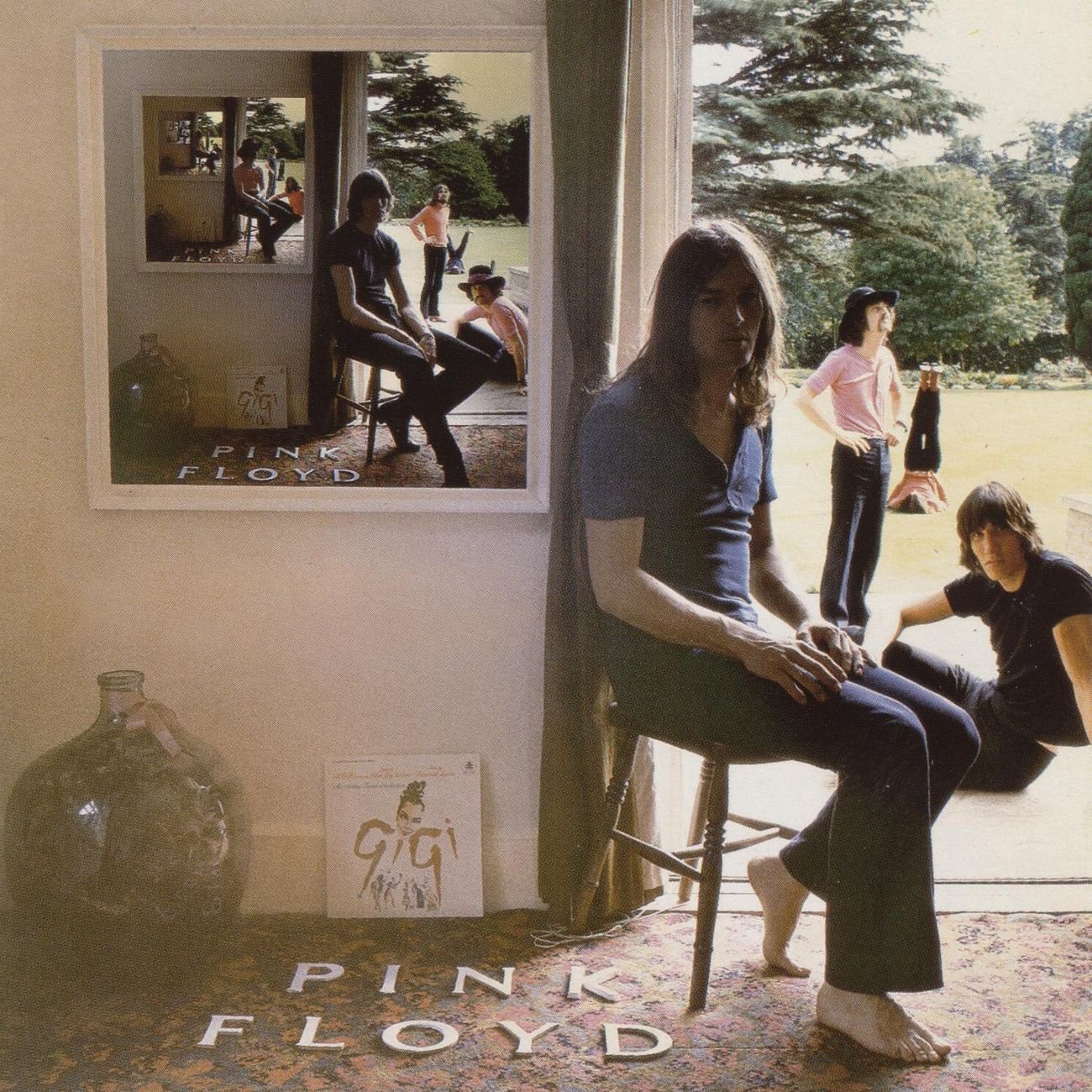 In addition to the sources cited in the Notes, I used the Baseball-Reference.com and Retrosheet.org websites for general player, team and season data and the box scores for this game:

1 Depending on the teller of the tale, Lydon either auditioned while wearing the shirt, or was spotted wearing the shirt and invited to audition later. Among many books and articles to mention the shirt is Jon Savage, England’s Dreaming: Anarchy, Sex Pistols, Punk Rock, and Beyond (New York: St. Martin’s Press, 1992), 114.

3 As of October 2020, footage of the Beatles taking the field at Shea can be seen via the band’s official YouTube account.

4 The A’s won three games and lost six on their East Coast swing, which means their trip was neither long nor strange.

16 Aaron hit the final triple of his career July 20, 1975, off Claude Osteen of the Chicago White Sox, in Chicago.