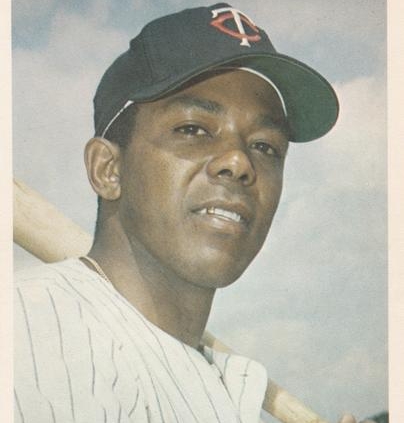 “There is no prettier sight in baseball than watching Oliva, when he is right, swinging the bat.”1 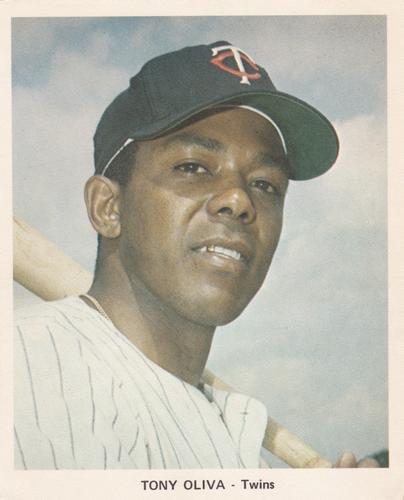 Coming into a June 29 doubleheader against the Kansas City Royals in 1969, Minnesota Twins outfielder Tony Oliva was on an eight-game hitting streak, having gone 17 for his last 36. “When I swing the bat like this,” said Oliva during the streak, “it makes no difference who the pitcher is or whether he throws right or left. I hit him.”2 Harmon Killebrew, who often batted behind Oliva, noticed a change in Oliva’s approach that perhaps explained his surge: “[He’s] waiting on the pitch now. When the ball is inside he’ll pull it, but look at all the shots he hits to left field.”3

It was a hot streak in line with the high quality of play the 30-year-old Oliva had become known for. Oliva, who grew up playing baseball on a farm in a small village in Cuba, came to the United States in 1961, made his major-league debut in 1962 and won the American League Rookie of the Year Award and led the league in batting average, runs, hits, doubles, and total bases in 1964.4 He repeated as batting champion in 1965 and finished second in the MVP voting behind teammate Zoilo Versalles while helping the Twins win the pennant.5 Oliva continued to excel at the plate in 1966, 1967, and 1968, posting an OPS+ at or above 130 each season and making the All-Star team each season.

In baseball’s first season of divisional play, the Twins had arrived in Kansas City in first place in the AL West, leading the Oakland A’s by a half-game, but had dropped out of the top spot after losing the first three games of the series to the Royals, a first-year expansion franchise. Twins relievers Ron Perranoski and Al Worthington blew a 8-6 lead in the series opener on June 27 and lost on a walk-off single by Hawk Taylor.6 A day later, Taylor again was the hero, hitting a two-run single in the bottom of the eighth to break a 4-4 tie. The Royals won, 7-4.

On an 88-degree Sunday afternoon, the Twins and Royals wrapped up the series with a doubleheader. Describing the weather, Wally Bunker, who started the first game of the twin bill, said: “I didn’t mind the heat because there was a fine breeze. If it hadn’t been for the breeze, it would have been terrible.”7

Kansas City extended its streak to three in a row by winning the first game of the doubleheader, 7-2. Mike Fiore’s three-run home run off Jim Perry in the first put the Royals ahead to stay before the Twins recorded an out, and Bunker scattered 11 hits in a complete-game win. Three of those hits came from Oliva, pushing his streak to 10 games and increasing his batting average to .310.

In the second game, left-hander Jim Rooker started for Kansas City. The 26-year-old Rooker was in his second major-league season. After debuting by pitching in two games for the eventual World Series champion Detroit Tigers in 1968, he went to the New York Yankees on September 30, a day after the regular season ended, to complete an earlier trade. Fifteen days later, on October 15, Rooker made the transactions section again when Kansas City selected him in the expansion draft.8 So far in 1969, Rooker had divided his time between starting and relieving.

Rooker walked Minnesota center fielder Cesar Tovar to start the game. Oliva bunted for a single, extending his hitting streak to 11 games and advancing Tovar to second. Killebrew, amid one of the best seasons of his Hall of Fame career,9 walked, loading the bases. Bob Allison hit into a double play that scored Tovar and advanced Oliva to third. First baseman Rich Reese grounded out to second, retiring the side.

Jim Kaat started for Minnesota. Kaat came into the start with a 7-6 record and a 2.70 ERA. After retiring leadoff man Joe Foy for the first out, Kaat walked Pat Kelly,10 who stole second. Kaat got Lou Piniella on a foul popout for the second out. Bob Oliver, selected from the Twins in the expansion draft and coming off a homer in the opener, continued to torment his former team as he doubled to left to score Kelly. A single by rookie catcher Buck Martinez scored Oliver before Kaat retired Chuck Harrison for the final out. The Royals led 2-1 after one inning.

The Twins quickly took back the lead. Walks to Leo Cardenas and George Mitterwald chased Rooker from the game. His replacement, Don O’Riley, fared little better. Frank Quilici hit a single over third baseman Foy that scored Cardenas and sent Mitterwald to third.

Kaat, who came into the game hitting .143, walked on four pitches to load the bases. Tovar doubled to left, scoring two runs for a 4-2 lead and advancing Kaat to third. That prompted Royals skipper Joe Gordon to bring in right-hander Dave Wickersham to face Oliva.

Oliva greeted Wickersham with a long home run to right field that carried over the upper deck and landed 517 feet from home plate, giving the Twins a six-run second inning and a 7-2 lead.11

After the game, Oliva said he hit a slider for “the longest ball [he] ever hit in a Minnesota uniform.”12 The Minneapolis Tribune reported the home run was only the 13th time a ball had gone over the right-field deck at Municipal Stadium since the Athletics moved to Kansas City in 1955.13

Kaat settled into the game and retired the next seven batters he faced before giving up a single to Martinez with one out in the fourth. After Harrison popped up, second baseman Juan Rios singled to advance Martinez to third. With the Royals having two men on and an opportunity to get back into the game, Kaat bore down and retired shortstop Jackie Hernandez on a groundout to third to strand the runners.

With one out in the top of the sixth, Tovar doubled, bringing up Oliva, who had doubled in the fourth for his third hit of the game. Against Dick Drago, Oliva hit another deep blast to right for his fourth hit and second home run of the day to give Minnesota a 9-2 lead.

Kaat continued pitching well, allowing only two singles and no runs in the sixth and seventh.

In the top of the eighth, with one out, Oliva singled for his fifth hit of the game. It was his eighth consecutive hit of the day. With the game’s outcome not in doubt, Minnesota manager Billy Martin had Charlie Manuel run for Oliva. The Twins tacked on three more runs in the ninth, and Kaat finished the complete game to get his eighth victory of the season.

After salvaging the final game of the series in Kansas City, the Twins surged to 18 wins in 20 games through July 17 and never fell out of first place again in 1969. Oliva kept hitting throughout the summer en route to leading the league in hits and finishing second in the AL in batting average behind teammate Rod Carew. The Twins ran away with the AL West but were swept by the Baltimore Orioles in the first-ever American League Championship Series. The Royals finished their inaugural season a respectable fourth in the six-team AL West.

In addition to the sources cited in the Notes, the author consulted Baseball-Reference.com and Retrosheet.org for information, including the box scores. He also relied on the game descriptions in the June 30, 1969, editions of the Kansas City Times and the Minneapolis Tribune.

2 “When Minnesota’s Oliva Gets Hot, He Hits Them All.”

3 “When Minnesota’s Oliva Gets Hot, He Hits Them All.”

4 In 1964 Oliva also made his first All-Star team and finished fourth in MVP voting.

5 The Dodgers defeated the Twins in a memorable seven-game series, winning Game Seven behind Sandy Koufax’s three-hit shutout. Oliva hit .192; his most memorable moment came when he hit a home run off Don Drysdale in Game Four.

6 Oliva hit a three-run home run off Dick Drago in the first inning.

8 Biographical information about Jim Rooker comes from his SABR Biography by Rich Shook.

10 Kelly played for the Twins in 1967 and 1968 before being selected by Kansas City in the expansion draft.