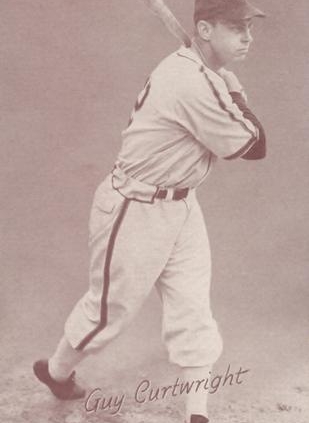 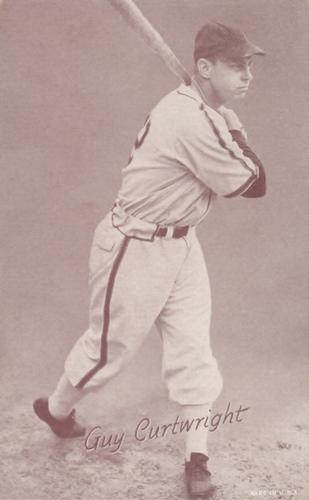 When there’s a band in the house for a Wednesday game, you know it’s gonna be a special evening. Commissioner Kenesaw Mountain Landis designated June 30, 1943, as one of baseball’s two “war relief” days, with all proceeds from the eight games played that day committed to the war effort.1

Spectacles were scheduled by the home teams to enhance the experience and encourage contributions to the cause.2 At Comiskey Park, where the Chicago White Sox hosted the Washington Senators, the Great Lakes Navy Band provided musical entertainment. A host of other activities were on tap, including autographed bat and baseball giveaways to lucky scorecard numbers, awarded by former White Sox player-manager Lew Fonseca, now a producer and director of pioneering baseball films.

An opening-pitch ceremony was scheduled with a battery of former recent baseball stars, both serving as military officers: Ted Lyons, a maintstay of the White Sox pitching staff for the previous 20 seasons, now with the US Marine Corps; and catcher Mickey Cochrane, a two-time American League MVP, now with the Navy.3

It was a cool 65-degree summer evening, but the promise of a twilight-night doubleheader to benefit the American military effort in World War II lured 29,495 fans (well over the White Sox’ 6,697 average attendance) to the Baseball Palace of the World4 to see baseball, the undisputed national pastime during World War II. The opening game was slated to start at 6:00 P.M.

The undercard in the twin bill pitted the Great Lakes Navy Bluejackets against a combined White Sox-Senators squad, who put aside their differences for this exhibition contest. The main event was the regulation AL game between the White Sox and Senators.

The Great Lakes Naval Training Base is located about 40 miles north of the Windy City on the western shores of Lake Michigan, and the Bluejackets may have been the best team in Chicagoland in 1943. Over a million sailors passed through training during the wartime years from December 7, 1941, through August 14, 1945, and the base garnered quite the hardball squad from that selection.5

The Navy team provided entertainment for the Great Lakes troops to boost morale and barnstormed the Midwest to do the same and raise funds in the process, playing games against all comers along the way. They even fared well against big-league teams, with a three-year record of 13-5, according to one account.6

The Navy lineup for the opening game had Tom Ferrick on the mound. Ferrick threw for the Cleveland Indians in 1942, but did not return until 1946, having served as a chief petty officer across the globe during the interim. He was backed by a Navy team of assorted big leaguers featuring perennial All-Star Johnny Mize at first base and batting cleanup.7

The White Sox-Senators combo team countered by starting former Yankee star Lefty Gomez. In the thin years of WWII, the Senators took a flyer at the 43-year-old future Hall of Famer and signed him earlier in the year. Lefty ended up pitching just one official game in 1943 before retiring again, but he threw respectably in this exhibition, holding the Bluejackets to just two hits in five innings. Gomez got the win as the combo team bested the Bluejackets 4-0.8 (The Bluejackets may have been weary from rail travel after defeating the Chicago Cubs 11-7 in an exhibition in Toronto the night before.9)

After the twilight game under the waning natural sunlight, the main event began with artificial illumination – which was still a novelty at the time, four years after the first night game in Comiskey Park, in 1939.

There were several backstories for the nightcap. One that had gradually gathered national attention was the ongoing hitting streak by a heretofore unknown (not a rarity in the war years.)  White Sox rookie left fielder. Guy Curtright was thrust into prominence in 1943 and took advantage of his spotlight in the big leagues.  In rock ‘n’ roll, they call them “one-hit-wonders,” but the 30-year-old Curtright had 142 hits in 1943. What made it a wonder was Curtright’s 26-game hitting streak, the longest of the century thus far by an American League rookie.

White Sox manager Jimmie Dykes promoted an active style of baseball, as confirmed by his team leading the major leagues in stolen bases in 1943.10 According to Chicago Tribune writer Irving Vaughan, “Curtright’s hitting added something extra to Dykes’ circus of fly hawks and free-wheeling runners.” 11

Dykes batting order for this game was simply the scorer’s numbers for fielding positions in diminishing order: 9,8,7,6,5,4,3,2,1. Wally Moses, the right fielder, led off, followed in order up to the pitcher’s spot. Dykes stuck with the “strategy” for three straight games, winning two of them.

On the hill for the Senators was 34-year-old Emil “Dutch” Leonard,12 who pitched for four teams during his 20 years in the major leagues. Called a “knuckleball manipulator” in Vaughan’s Chicago Tribune account,13 Leonard was having a good year thus far and even started the All-Star Game for the American League in Philadelphia, two weeks later on July 13.

Orval Grove was slated to take the hill for the White Sox. Grove was unbeaten thus far in the 1943 season and looked to throw his inaugural game under the lights of Comiskey. His status was a game-time mystery because just that morning, Grove reported to Army induction headquarters for a physical to establish his eligibility for military service. Grove was rejected by the Army (due to bad knees) but accepted by the White Sox as their game starter.

On the eve of this game, though, White Sox second baseman Don Kolloway received notice to report for Army induction on July 6. Kolloway would not return until the 1946 season.

Grove opened the game by retiring the Senators in order. Washington Post writer Shirley Povich lauded his “rugged right arm that throws a whistling fast ball and a pretty good curve” which had “the Nats wondering at Army standards.” Luckily, Povich observed, “Rookie Grove does not pitch with the damaged left knee.”14

The White Sox then had a rousing home half of the first inning. Moses hit a leadoff single and stole second with one out. Curtright walked and he and Moses advanced a base on a passed ball. Luke Appling then walked to load the bases.

Jimmy Grant hit a grounder between first and second. It was fielded by Jerry Priddy but Leonard dropped the toss while covering first base, allowing Moses and Curtright to score. Grant took second. Appling scampered to third. Then Kolloway singled to left to score Appling, but Grant was cut down at the plate by left fielder Bob Johnson. Leonard induced a groundout to end the frame, but seven White Sox batters came to the plate and three scored.

The Senators scored a run in the fourth inning, but the White Sox retaliated with four in the fifth.  Curtright slapped a leadoff single off the glove of the Nats third baseman Alex Kampouris to extend his hitting streak to 25 games; the White Sox didn’t stop until 10 batters had come to the plate, with six singles and two walks to pad the lead to 7-1. The advantage would hold fast for the hometown victory.

The game was played in 2:04, just a minute over the 1943 average. The affair that began in the twilight at 6:00 P.M. ended after dark, concluding a successful evening of baseball on the South Side of Chicago, raising $32,624 for the war cause.15

The White Sox won the next day, but lost the finale on July 2. That game marked the end of Curtright’s hitting streak at 26 games, at the hands of three Senators pitchers in five Curtright plate appearances in a game that went extra innings.

Curtright feat stood as the modern-day AL rookie hitting-streak standard for another 54 years, until it was surpassed by Nomar Garciaparra in 1997.

Both teams finished the wartime season with winning records. Washington’s 84-69 mark was its best since it won the AL pennant in 1933; the Senators finished second in 1943, 13½ games behind the New York Yankees. Chicago came in sixth, at 82-72.

The author used Baseball-Reference and Retrosheet.org for box scores, play-by-play information, and other pertinent data:

The author also accessed the following interviews from the SABR Oral History Collection:

4 Weather report from “Temperatures in Chicago,” Chicago Tribune, July 1, 1943: 1. https://www.chicagohistory.org/baseball-palace-of-the-world/. Comiskey Park on the South Side of Chicago was known as the Baseball Palace of the World when it was built in 1910. The average game time in 1943 was 2 hours and 3 minutes, so the 6:00 start allowed ample opportunity for a couple of crisp games.

5 History of Recruit Training Command. https://www.bootcamp.navy.mil/about.html#history. Many of the team members were major leaguers, some designated as athletic specialists, assisting in physical training instruction while playing baseball, according to the Ferrick interview. In some instances, specialists were actively recruited by Cochrane.

7 Tom Ferrick played Navy baseball from the Great Lakes to Hawaii. Mize was also a highly sought commodity in Navy baseball and ended up in the Baseball Hall of Fame.

12 Leonard was deferred from military commitment because he had two children and supported his mother and sister. Leonard was part of a knuckleball contingent that the Senators acquired at that time, including Mickey Haefner and Johnny Niggeling. By 1945, the Senators staff was known in some circles as the “knuckleheads.”    https://www.pitcherlist.com/knuckleheads-the-1945-senators-and-the-first-all-knuckleball-rotation/.