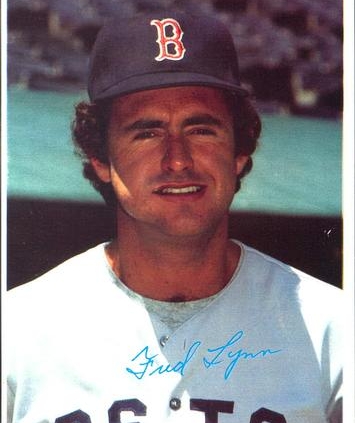 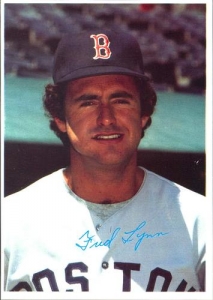 In early May of 1980, Boston’s Fred Lynn was playing like there was no tomorrow. In fact, many in baseball felt that a strike was imminent, and that the national pastime might cease to be played. Players had gone on strike late in spring training, forcing the final eight days’ worth of games to be canceled, and they threatened to strike again if a new agreement with owners wasn’t reached by May 23. Eventually the two sides came to terms and a stoppage was avoided (at least until the next season).1

Lynn, the American League’s reigning batting champion,2 had a solid start to the season. Through his first 26 games of the 1980 campaign, he had hit safely in all but six games.3 As the Red Sox prepared to play the second contest of a three-game series against the Minnesota Twins on May 13, Lynn was heating up. He was riding a four-game hit streak with nine hits in his last 15 at-bats, including three doubles and two homers, and six RBIs. In raising his batting average from .247 to an even .300 in the short stretch (it was still early in the season, causing percentages to fluctuate wildly), he certainly did not want the season to end any time soon. The 19,032 fans at Fenway Park did not want the season to end, either, and they were treated to timely hitting and power by the Red Sox and Lynn – who joined the ranks of ballplayers who hit for the cycle.

Boston (13-15) had been slumping as a team, though, having lost six of its last eight games. The Twins (13-17) had won only three of their last 10 contests, so both clubs were looking to turn it around.

The Red Sox gave the mound duties to a rookie left-hander, Bruce Hurst. He had been chosen by Boston as its first round (22nd overall) pick in the 1976 free-agent draft. Although he sported a 2-1 record through six previous appearances, Hurst’s earned-run average for the season was 9.55.4 The Twins gave the start to their own rookie, righty Albert Williams. This was only the second career appearance for Williams, who had lasted a mere three innings against the Baltimore Orioles in his first start, a week earlier. In this game, both starters struggled.

Hurst gave up a one-out walk in the top of the first, but a round-the-horn double play by the Boston infielders ended the Twins’ early threat. Minnesota’s defense did not help Williams. In the bottom of the first with one down, Rick Burleson reached on an error by second baseman Pete Mackanin. Lynn stroked a double to left; Burleson halted at third but then scored on Jim Rice’s single into right. The unearned run gave Boston a 1-0 lead.

Hurst was blasted by Minnesota for four runs in the second inning, and, according to the Boston Globe, “it looked like another long evening for the Red Sox.”5 The Minneapolis Star Tribune described the Twins’ offensive outburst as “commit[ting] mayhem on Hurst.”6 The first four batters all launched extra-base hits. Ron Jackson doubled to start things off. Dave Edwards and Mackanin each doubled as well, and John Castino tripled into right. Boston’s lead had evaporated. After Butch Wynegar popped out to short, Hosken Powell drove in Castino with a single to left. Red Sox skipper Don Zimmer made a pitching change, bringing in veteran right-hander Steve Renko to relieve Hurst.7 Renko was charged with a balk, sending Powell to second base, but poor baserunning kept the Twins from scoring any more runs.

A 36-minute rain delay in the top of the second inning might have washed away the Twins’ hopes of further runs. Roy Smalley had a 2-and-2 count when the game was delayed, with a runner on first, and he struck out when the game was resumed.

Williams survived the bottom of the second, despite yielding a leadoff double to Carlton Fisk and then walking Jerry Remy with two outs. Renko held the Twins scoreless in the third, and Williams was back out on the mound. He retired Lynn on a grounder to short. Rice then singled, and designated hitter Carl Yastrzemski, playing in his 20th season for Boston, launched a home run deep over the fence in right, his third of the season. Tony Perez struck out before Williams walked Fisk. Butch Hobson doubled to left, and Fisk scored, evening the score at 4-4. Now it was Minnesota manager Gene Mauch’s turn to make a pitching change.8 Righty John Verhoeven entered in relief. He struck out Dwight Evans to end the inning.

Minnesota again took the lead in the fourth inning. Castino led off with a groundball single to left, but his spikes slipped on the rubber surface of first base as he rounded the base, causing him to tumble to the ground in pain.9 Rob Wilfong entered as a pinch-runner. Wynegar singled, and after Renko struck out both Powell and Danny Goodwin, Ken Landreaux walked to load the bases. Smalley also coaxed a walk, driving in Wilfong with the go-ahead run.

The Twins lead was short-lived. With one out in the home half, Burleson doubled to left. Lynn deposited a Verhoeven offering into the right-field seats for his fourth home run of the season. The Red Sox had taken the lead for good. Mike Marshall, who had led the AL in appearances in 1979 with 90, became the Twins’ third pitcher of the game when he trotted to the mound to pitch the fifth inning.

In the sixth inning, Remy singled to center and advanced to second on Burleson’s sacrifice bunt. With Lynn batting, the Twins played the infield in. However, Lynn lined the ball up the middle and hit it so hard that there was little chance second baseman Mackanin could make a play.10 It was by him before he knew it. Remy scored, making it 7-5 in favor of the home team.

The bottom of the eighth began with Remy grounding out to first, with Marshall covering the bag for the putout. Burleson bunted again, and this time he reached with an infield single. Lynn settled into the batter’s box, with three hits (single, double, homer) already to his credit. He drove a pitch to deep center. The ball banged off of the center-field wall and Lynn “steamed into third.”11 Lynn’s triple was only a few feet short of becoming his second home run of the game.12 He had just hit for the cycle. After the game, Lynn told reporters, “I’m glad it wasn’t a homer. I’d much rather have a triple in that situation, anyway. I knew what was going on. I knew I had never had the cycle and this might be the chance for it.”13 He added, “All I knew is that I was going to just keep running until they caught me.”

The Red Sox continued the offense. Rice singled, plating Lynn. Yastrzemski singled; Rice continued to third, and Yaz motored to second base on the throw. Perez grounded a ball to shortstop Smalley, who threw home in time to get Rice. This time, Perez kept running and ended up on second after the play, with Yatrzemski holding at third. Marshall uncorked a wild pitch, and Yastrzemski scored Boston’s 10th run of the game. Minnesota went quietly in the ninth. The Twins had had only one baserunner since the fourth inning.

Renko earned his second win of the season with a strong 5⅔ innings of relief pitching. Verhoeven took the loss. Hurst’s ERA jumped to 10.57. After the game, he was optioned to Triple-A Pawtucket. He was recalled to the big leagues in August. Four of his five appearances at the end of the season were in relief.14

The Red Sox won their next three games but finished May with a sub-.500 record. They ended the season in fourth place in the American League East. Minnesota struggled to win games all season, too, and despite a 12-game winning streak near the end of the season, the Twins finished in third place in the AL West.

From his historic performance, Lynn’s average jumped another 24 points, and his slugging percentage was boosted by 73 points. After the game, Mauch commented, “If you throw Fred Lynn the ball low, he might get a base hit. If you throw the ball up, he will get a base hit.”15

Lynn was the second player in 1980 to hit for the cycle, following Chicago Cubs shortstop Iván DeJesús, who had accomplished the rare feat on April 22 against the St. Louis Cardinals. Three others cycled after Lynn: Pittsburgh’s Mike Easler (June 12, against the Cincinnati Reds), Minnesota’s Gary Ward (September 18, against the Milwaukee Brewers), and Milwaukee’s Charlie Moore (October 1, against the California Angels).

Lynn became the 15th batter in Red Sox franchise history to hit for the cycle, with his accomplishment coming only one season after Bob Watson did it (September 15, 1979, against the Baltimore Orioles).16

3 Lynn had reached in two of those six games, with a walk each time.

4 In his first three appearances, Hurst allowed 14 earned runs in 4⅔ innings pitched. He averaged more than five innings pitched in his next three starts, but still allowed another nine runs.

8 After this start, Williams was sent to Toledo, Minnesota’s affiliate in the Triple-A International League. He appeared in 15 games (all starts), and posted a 9-3 record with a 2.10 ERA. The Twins brought him back to the majors in July, and he stayed with them through the end of the season, switching between starting and relieving roles.

9 Castino was taken to the hospital for x-rays, which proved negative, but he did sprain his left ankle.

10 After running for Castino, Wilfong stayed in the game, playing third base. Mackanin moved from second to play third.

14 It was not until September 1981 that Hurst regained a regular role on Boston’s staff, and he wound up having a solid 10-year run as a starter for the Red Sox and Padres from 1983 to 1992.