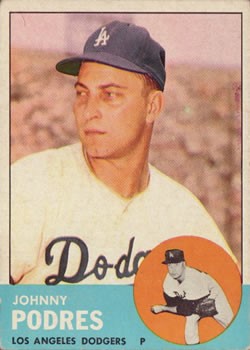 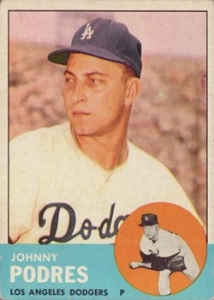 In the fourth inning of the Los Angeles Dodgers-Milwaukee Braves game at County Stadium on the night of May 29, 1963, Braves coach Dixie Walker grabbed a bat and took the field.

The former National League batting champion, retired as a player since 1949, wasn’t making an impromptu comeback at age 52. Rather, he was recruited for a curious errand—hitting fly balls into the thickly fog-shrouded outfield, at the request of first-base umpire Al Barlick, to help the umpiring crew judge whether visibility was good enough to continue the game.1

Based on Walker’s fungo flies, the umps allowed the game to continue. But three innings later, with the fog refusing to let up and the score knotted at 3-3, the umpires halted the game for 52 minutes and then declared it finished. The crowd of 29,166 fans2 had the distinction of seeing the major leagues’ only tie of the 1963 season—though how much of it anyone could actually see is open to debate.

The Dodgers, under Walter Alston’s leadership, came into the game in second place in the National League at 27-18, one game behind the San Francisco Giants. The NL pennant race shaped up as a three-way fight between the Giants, Dodgers, and Cardinals in the early going, until Los Angeles surged into first place in early July and stayed there.

Several Dodgers were on their way to league-leading seasons, including shortstop Maury Wills, who stole 40 bases;3 left fielder Tommy Davis, who hit .326; and future Hall of Famer Sandy Koufax, who led the loop with 25 wins, 306 strikeouts, a 1.88 ERA, and 11 shutouts. At season’s end, the Dodgers swept the New York Yankees for the World Series title, with Koufax crowned Cy Young Award winner, NL Most Valuable Player, The Sporting News Major League Player of the Year, and the World Series Most Valuable Player.

Bobby Bragan’s Milwaukee club was not riding as high. The Braves’ 20-25 record put them in eighth place, eight games back, ahead of only the NL’s second-year expansion teams, the Houston Colt .45s and the New York Mets. By the end of the season, the Braves had fought their way up to sixth place, but still finished 15 games off the Dodgers’ pace. Playing streaky ball, the Braves won seven straight games in one stretch of mid-April but lost 11 of 13 games between April 30 and May 12. Reliable Hank Aaron was the team’s hitting star; as of May 29 he led the NL in home runs with 14, and his 35 RBIs placed him one behind league leader Ken Boyer of St. Louis. At year’s end, Aaron’s 44 HRs and 130 RBIs led the league, as did his 121 runs scored and .586 slugging percentage.

The May 29 game was the second of a three-game series between the Dodgers and Braves, with Koufax spinning a masterful six-hit shutout in the first game. Two left-handers matched up in the second game. Johnny Podres, hero of the 1955 World Series and still a mainstay of the Dodgers’ staff, started for Los Angeles. He brought a 3-4 record and 3.09 ERA into the game and had not pitched against the Braves that year. Third-year man Bob Hendley, who rotated between starting and bullpen assignments for the Braves, was Bragan’s starter. Hendley brought a 4-3 record and a 3.66 ERA into the game and had pitched a 10-2 complete-game win against the Dodgers in Los Angeles on April 22.4

Thick fog was present in County Stadium from the start of the game, but the umpires made the decision to press on.8 Both teams put runners into scoring position in the first inning but could not score. The Dodgers collected two singles and a walk to no avail, while the Braves wasted a double by Maye and a single by Aaron.

Podres helped his own cause in the second by driving in the game’s first run. With one out, catcher John Roseboro walked, Tracewski singled him to third, and Podres hit a sacrifice fly to right field to make the score 1-0. After an uneventful bottom of the second, the Dodgers padded their lead off Hendley with a two-out rally in the third. Davis singled and right fielder Frank Howard, the Dodgers’ biggest power threat,9 hit his 10th home run of the year, to center field, to make it 3-0, Los Angeles.

Walker made his appearance in the Milwaukee half of the fourth, fouling off his first swing before successfully hitting several test flies to the outfield.10 The Braves threatened in that inning, putting runners on first and second via walks, but a foul pop by Samuel ended the rally. Los Angeles also moved a runner into scoring position in the fifth, as Gilliam walked and Fairly bunted him to second. Reliever Ron Piche replaced Hendley and struck out Davis and Howard. Roseboro touched Piche for a double in the bottom of the sixth, but Piche retired Tracewski on a fly and Podres on a grounder to again shut down the Dodgers.

Had Podres held the line in the bottom of the sixth, he would have earned a complete-game win. Instead, five of the first six Braves hitters reached base, and three runs scored. Aaron’s leadoff double off the wall in left-center field11—lost in the fog by Davis12—and an infield single by Mathews put runners at the corners. Torre singled Aaron home to make it 3-1. A bunt by Roy McMillan moved Torre and Mathews to second and third. Crandall singled to left field, driving home both runners and tying the game. A single by Samuel, one of only three major-league hits for him that season, sent Crandall to third. At that point, Alston beckoned ace reliever Ron Perranoski. Bubba Morton, pinch-hitting for Piche, grounded into a 4-6-3 double play to end the inning.

Pitcher Claude Raymond—like Piche, a French-Canadian native of Quebec—came on for Milwaukee in the top of the seventh and gave up a leadoff infield single to Oliver. A groundout by Gilliam sent Oliver to second. Fairly then hit a routine fly to left that Mathews, playing an unfamiliar position in dense fog, lost sight of and nearly misplayed. He recovered to make a circus catch. “I saw the ball leave the bat and then lost it. I ran in the general direction and was lucky to pick it up coming down,” he said after the game.13

At that point, the umpires halted the game for low visibility after 2 hours and 2 minutes of play. This time Bragan hit some test flies to the outfield, but the game did not resume. Each team finished with identical line scores of three runs, eight hits, and no errors. The statistics counted, but the game was replayed from the start as part of a July 21 doubleheader, which Milwaukee swept.

Braves management added a comical ending to an unusual game. The team had promised fans a postgame fireworks show. True to their word, the Braves set off pyrotechnics after the game was called, despite the near-total lack of visibility. “Showers of colorful sparks, according to the contract, appeared as distant satellites,” the Associated Press reported. “Occasional reports of resounding booms guaranteed the fact the fireworks were in progress.”14

Image of 1963 Topps card #150 downloaded from the Trading Card Database.

3 Wills was also caught stealing more times (19) than any other National Leaguer.

4 On September 9, 1965, Hendley—then pitching for the Chicago Cubs—was the losing pitcher in Koufax’s perfect game despite giving up only one hit himself.

5 Wills was being treated for a foot injury. Associated Press, “Dodgers, Braves End Up Fog-Tied,” Pomona (California) Progress-Bulletin, May 30, 1963: Section 4, 1.

6 Mathews, whose primary position was third base, played 10 games in left field for the Braves in 1954 and another 42 in left field in 1963. They were his only big-league appearances in the outfield.

8 Dave O’Hara (Associated Press), “Braves, Dodgers Tie, 3-3,” Madison (Wisconsin) Capital Times, May 30, 1963: 28. The O’Hara game story printed in the Capital Times includes different details than the one printed in the Green Bay Press-Gazette (see note 2), although the two stories do not conflict.