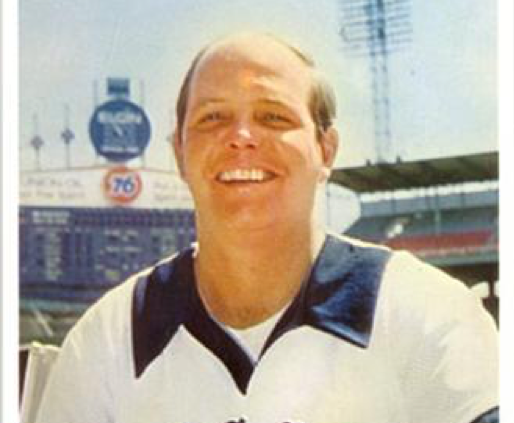 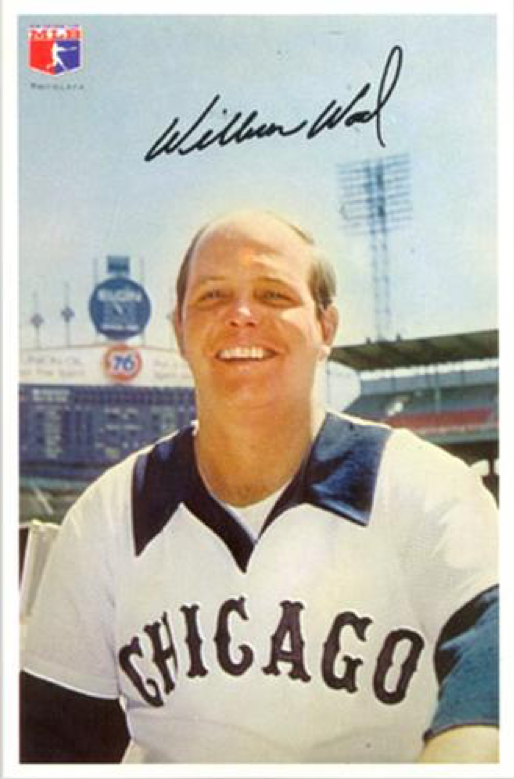 After foundering with fastballs and curveballs for the Boston Red Sox and Pittsburgh Pirates in the first half of the 1960s, Wilbur Wood transformed himself into a quality knuckleballing reliever for the Chicago White Sox from 1967 to 1970. He then improbably metamorphosed into one of the top pitchers in baseball as an innings-eating workhorse in Chicago’s starting rotation through the mid-decade. Although his 1975 campaign was subpar by his standards, Wood regained his effectiveness early in 1976. “I was throwing loose and free, and I was really happy with the way I was pitching,” he recalled.1 But a comebacker against the Detroit Tigers on May 9 abruptly halted Wood’s bounceback season and caused devastating consequences for his career.

Seeking to avoid a three-game sweep by the hot-hitting Tigers, the struggling White Sox sent the 34-year-old Wood to the mound for the series finale in front of 12,250 spectators on a pleasant spring Sunday afternoon at Tiger Stadium. Despite entering the contest with a lackluster 3-3 record, Wood had performed well in his first six starts, recording a 2.49 ERA. Detroit countered with Joe Coleman, a rotation mainstay and multiple-time 20-game winner himself.

The veteran hurlers dueled through the first five innings, neither allowing a run nor facing any serious scoring threats along the way. The top of the sixth also started quietly, with Coleman retiring the first two Chicago batters on a groundout and strikeout. But Carlos May singled and advanced to third on a stolen base and wild pitch. Jim Spencer walked and stole second, setting the table for Buddy Bradford, whose two-run single gave the White Sox a 2-0 lead.

The bottom of the sixth began uneventfully, with Wood getting the first two hitters on groundouts. Ron LeFlore was the next batter; the speedy center fielder was responsible for Detroit’s only two hits of the game to that point. This time LeFlore ripped a line drive up the middle; the ball struck Wood’s left knee.2 “Wood immediately keeled over, as the ball caromed away for a single,” Detroit sportswriter Jim Hawkins reported. “His face contorted in pain, he grabbed at his knee, then rolled over several times, finally landing flat on his back.”3 White Sox manager Paul Richards described the play more concisely and colorfully: “It was a hell of a lick. He went down like a gored hog.”4

Decades later, Wood had vivid memories of the play. “Ron hit me in the kneecap with a line drive, and it just blew it apart,” he recounted. “He swung at a ball using an inside-out swing. That’s always the toughest for a pitcher to pick up, because it looks like he’s pulling the ball. Instead, he hit it right back up the middle. I never saw it. I wasn’t trying to catch it, I was just trying to get out of the way.”5

Wood’s concerned teammates gathered around their ace. The training staff brought out a stretcher, but Wood eventually got up and exited the field, assisted by coach Minnie Miñoso and trainer Doug Atkinson. He immediately went to Detroit’s Henry Ford Hospital for X-rays. “My heart sank when I saw it,” Detroit’s John Hiller said. “I knew he was hurt bad.”6 LeFlore also expressed remorse, admitting that he “felt bad about it.”7 Veteran reliever Clay Carroll was summoned from Chicago’s bullpen and quickly retired Alex Johnson on a fly out to end the inning.

The White Sox padded their lead in the top of the seventh, beginning with Bucky Dent’s one-out double to left. Pat Kelly’s single scored Dent and chased Coleman from the game. Tigers manager Ralph Houk called on Hiller, his standout reliever, but Ralph Garr doubled off the third-base bag for a 4-0 Chicago lead.

The Tigers were finally able to get on the scoreboard in their half of the seventh. Carroll provided Detroit’s first significant scoring opportunity of the game with consecutive walks to Willie Horton and Rusty Staub. The bullpen ace ultimately settled down and limited the damage, allowing only one run when Aurelio Rodriguez’s sacrifice fly scored Horton.

Neither team could muster much offense in the eighth inning. Hiller escaped trouble after pitching out of a two-on, one-out jam in the top of the ninth, and the White Sox carried their 4-1 lead into the bottom half of the final stanza. After the first two Tigers went down in order, Staub doubled and scored on Jason Thompson’s single to right. With Rodriguez representing the tying run, Carroll buckled down and got Detroit’s veteran third baseman to fly out to shallow center to secure Chicago’s 4-2 victory. “I had to do it for Woody,” Carroll said after the game of his 3⅓-inning save.8

Despite Wood’s unexpectedly early exit, both teams praised the lefty for his performance. “It was the first game in a long while that we haven’t hit,” Detroit skipper Houk said. “But then Wilbur Wood is a damn tough pitcher. The way the wind was blowing, his knuckleball was really dropping.”9 White Sox catcher Pete Varney said of his batterymate: “He was really sharp today. Woody threw some [knucklers] that broke straight down, especially the one he struck Rusty Staub out with in the fourth. Best knuckleball I ever saw.”10

The win was Wood’s fourth of the season, but it would be his last. Doctors diagnosed a displaced fracture of the left patella that required surgery. “Originally the kneecap was wired together to hold it in place,” Wood later recalled. “I didn’t have a cast. The doctors felt this way it would heal quicker and maybe I could be out there in September.”11 But an accidental fall while rehabbing in the summer reinjured the kneecap, ending his season.

Although Wood rejoined the White Sox early in 1977, the fateful comebacker effectively ended his career. He was never the same pitcher again; the lingering effects of the injury proved to be highly detrimental — both physically and mentally — to the “gun-shy” aging veteran.12 “LeFlore’s shot got to me,” Wood admitted. “I pitched everybody inside, I wasn’t going to let them get out on the ball and maybe hit another one back up the middle. It’s hard to pitch that way.”13 The knuckleballer’s career ended after Chicago waived him late in the 1978 season.

In addition to the sources cited in the Notes, the author consulted GenealogyBank.com, NewspaperArchive.com, Newspapers.com, Paper of Record, Weather Underground, and the following box scores:

13 Liptak, “A Conversation With: Wilbur Wood.”