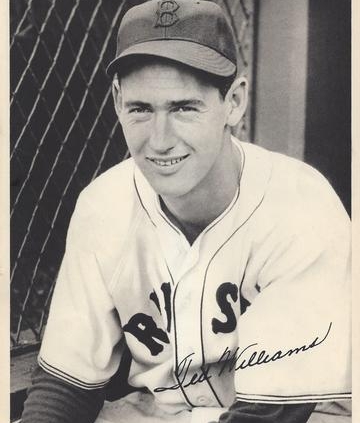 Lynn Nelson pitched for Connie Mack’s Athletics. Coming into the game, the right-hander had a 9-10 record, which he hoped to even. He was 34 years old and had begun his career in the majors with the Chicago Cubs in 1930 but had spent considerable time in the minor leagues as well. He’d been 10-11 for the Athletics in 1938, second-best in wins on a last-place team. The 1939 Athletics were solidly ensconced in sixth place. They hadn’t lost ground after being defeated in the first game but had been 46½ games behind the first-place New York Yankees when the day began.

Joe Heving had likewise first broken into the majors in 1930, in his case with the New York Giants. Also a right-hander, he’d come to the Red Sox, his fourth big-league team, through a purchase from the Indians on August 1, 1938. The “sinister side-armer” quickly established himself, going 8-1 for the Red Sox in the final two months of that season.2 In 1939 he’d worked mostly in relief – this game was just his third start of the year – but he’d benefited from a number of come-from-behind wins and was 11-2 with eight saves for the second-place Red Sox.

The 23,285 at Shibe Park saw the Red Sox score first – a two-out home run by right fielder Ted Williams in the top of the first inning. Williams had homered in the top of the ninth in the first game, a two-run homer that extended the Red Sox lead to 8-4 and in the process provided what proved to be the winning run. This one was hit, like the one he’d hit in the first game, “over the short right field wall.”3

Right fielder Wally Moses doubled to lead off the game for Philadelphia, but a groundout to third baseman Jim Tabor kept him at bay. Heving then struck out left fielder Bob Johnson and catcher Frankie Hayes to end the inning.

The Red Sox added one more run in the third, scored by Heving himself. He hit a one-out single to third base. First baseman Lou Finney doubled off the wall in right field to move Heving to third. Doc Cramer, Boston’s center fielder, grounded to second base and Heving scored. Williams then grounded out to Skeeter Newsome at shortstop.

The Athletics got a run back in the bottom of the third. Their run was also scored by their pitcher. With one out, Heving hit Nelson with a pitch. The inning otherwise unfolded similarly to the top of the third. Moses followed with a double to right field. The next batter, third baseman Joe Gantenbein, grounded out and Nelson scored. Bob Johnson walked and stole second, but was stranded as Frankie Hayes grounded one back to Heving, who threw to Finney at first. The Red Sox lead was 2-1.

The two pitchers worked efficiently in the fourth, fifth, and sixth innings, with the only man from either team to reach base being Ted Williams, who walked in the top of the sixth inning.

With one out in the seventh, Tabor singled to left field. Bobby Doerr reached on an infield single to second base. Catcher Gene Desautels then doubled into center field, producing two more runs and improving Boston’s lead to 4-1. Heving grounded to second base and so did Finney, stranding Desautels.

Athletics first baseman Dick Siebert led off the bottom of the seventh with a triple to right field but – as in the first inning – Heving struck out the next two batters with a runner in scoring position. Center fielder Sam Chapman and Newsome both struck out, and then Heving got second baseman Dario Lodigiani to ground out.

With one out in the eighth, Williams tripled to right field. He held there as shortstop Tom Carey hit a fly ball to Newsome at short. (Carey had come in to replace Joe Cronin when the Red Sox took the field for the bottom of the fourth inning. Oddly, Cronin had sprained his ankle during his home run trot during the first inning of the first game but soldiered on until this point in the second game.4) Left fielder Joe Vosmik singled to center, Williams scored, and it was 5-1, Boston.

The only other man for either team to reach base after that run was Gantenbein, who singled in the eighth for Philadelphia. He’d been 3-for-4 in the first game, with four RBIs. In this game, his groundout in the third inning had resulted in the only run of the game for the Athletics. Gantenbein’s eighth-inning single to right field was with two outs, but Bob Johnson flied out to left for the third out.

Neither team did anything other than produce outs in the ninth inning. The Red Sox won, 5-1. Heving had thrown a four-hitter and improved his record to 11-3. He probably would have had a shutout had he not hit Nelson with the pitch in the third inning. Nelson went to 9-11. He did win his 10th game five days later, a 3-2 complete-game win against the White Sox.

Williams was 5-for-7 for the doubleheader (there was a simple single in the mix, too), and he drove in three runs, scoring five times. “Thumping Theodore Williams went on a batting binge today, whacking out his 25th and 26th homers of the season, two triples and a single as the Red Sox twice beat the Philadelphia Athletics today at Shibe Park in a twin-bill staged as part of the centennial celebration of baseball.” So read the lead sentence of John Drohan’s article in the next morning’s Boston Herald.5

Ted Williams had tripled twice on the same day, albeit in different games. He hit 11 triples in 1939 and 14 in 1940 but never reached double digits again.

In addition to the sources cited in the Notes, the author consulted Baseball-Reference.com and Retrosheet.org. Thanks to Kevin Larkin for providing access to the Philadelphia Inquirer.