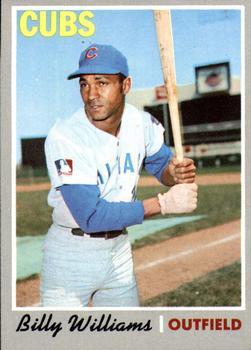 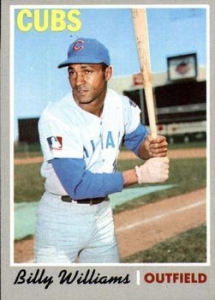 On a pheasant-hunting trip during the offseason, Fergie Jenkins said he would try to win 20 games again. His teammate, Billy Williams, stated that he would try to hit 40 home runs for the first time in his career.1 The 26-year-old Jenkins had won at least 20 games for three consecutive seasons coming into 1970. On the other hand, the 32-year-old Williams had never hit more than 34 home runs in a season.

Fresh off a 9-2 loss to the St. Louis Cardinals, Jenkins and Williams’s Chicago Cubs began a 14-game road trip in Montreal on Friday, September 18, 1970. At that point, the Cubs had a 77-71 record and were in third place, three games behind the East Division-leading Pittsburgh Pirates. Jenkins, a native of Chatham, Ontario, sported a 19-14 record before the Cubs battled the Montreal Expos in the Friday night doubleheader at Parc Jarry. Meanwhile, Williams was on pace for the best season of his career with 39 home runs and 120 RBIs.

Williams gave the Cubs an early 1-0 lead in the first inning with a blast off Expos starting pitcher Bill Stoneman that cleared the left-field fence. Williams hit two more home runs during the four-game series in Montreal to increase his season total to 42. It was the first time a Cub had hit at least 40 home runs in a season since 1960, when Ernie Banks slugged 41. Williams said winning the National League MVP Award “would be a great honor.” “But, right now,” he added, “I can’t think about it. The biggest thing now is for us to win the pennant.”2

Later, Williams said he was the same hitter he always had been—with one exception. “I’ve been getting under the ball more,” he told sportswriter Jerome Holtzman.3 In fact, Williams started noticing during spring training in Scottsdale, Arizona, that he was hitting the ball over fences more consistently.

The Expos tied the score in the first inning when Boots Day doubled and Jim Gosger singled. The Cubs averted further damage when Gosger was caught stealing, Rusty Staub flied out to center, and Bob Bailey grounded out to third.

Jenkins was part of a two-run uprising in the second inning that gave his team a 3-1 lead. The right-hander drew a walk to load the bases with two outs. The next hitter, Don Kessinger, swung and missed on one of Stoneman’s breaking balls and reached base on catcher John Bateman’s passed ball, scoring Jim Hickman. The next hitter, Glenn Beckert, singled to right to score Johnny Callison. Stoneman avoided more damage by retiring Williams on a groundout to first base.

Jenkins did his part by allowing only four baserunners in the second through seventh innings. In the second, Marv Staehle reached base on Jenkins’s error with two outs. The next batter, Bobby Wine, struck out. The Expos went down in order in the third inning. In the fourth, the Expos had runners at first and third with two outs, but Staehle flied to left for the third out. After the Cubs’ Joe Pepitone struck out with the bases loaded in the fifth inning, Jenkins set down the Expos in order in the fifth and sixth innings.

In the eighth inning, pinch-hitter Jim Fairey’s home run off Jenkins cut the deficit to 3-2. After Day flied out to center, Gosger doubled to right, setting up a potential game-altering situation. “But Le Grand Orange [Staub] … disdained a potential game-tying single for three mighty swings at the fence,” Montreal sportswriter Ted Blackman wrote. “On the third 360-degree swipe he wound up in a heap on the plate when his balance collapsed.”4 “It was a slider. Randy [Hundley] called for two more sliders and Staub fouled them off and then Randy called for another slider,” Jenkins told the Chicago Tribune. “I shook him off this time and threw a fast ball. I just threw it right by him.”5 Bailey grounded out to Jenkins to bring the inning to a close.

The Cubs loaded the bases again in the ninth inning, but Ron Santo hit into an inning-ending force out at second base. In the bottom of the inning, Jenkins retired the Expos’ Ron Fairly, Bateman, and Gary Sutherland, ending the Cubs’ two-game losing streak. “Oh, it’s nice to win 20 games, but the big thing is to win the flag,” Jenkins said afterward.6 In nine innings of work, Jenkins allowed only five hits and one walk, striking out seven, to improve his record to 20-15. On the other hand, Stoneman’s record fell to 5-15. In eight innings, he permitted only four hits and one earned run. However, he issued five walks. (He struck out nine Cubs.)

The Cubs won the nightcap, 5-4, in 10 innings to take control of second place in the NL East Division. At that point, they were 1½ games behind the division-leading Pirates with 12 games left in the regular season. “It was superb baseball and the Cubs responded to pressure like John Wayne in a Western shootout,” sportswriter George Langford mused afterward.7

Jenkins had arrived at Parc Jarry only three hours before game time after the death of his 54-year-old mother, Delores, on September 15. Jenkins had returned to Chicago to get clothes for the road trip after attending his mother’s funeral in Chatham on September 17. Jenkins usually talked to his mother on the days or nights before he pitched. “Now that I don’t have her to talk to anymore, I’ve got to compile my thoughts by myself,” he said. “I did that tonight, while I was getting dressed. I told myself, ‘Now, go out there and throw hard. Be strong.’”8

Jenkins and Williams became close friends when the Philadelphia Phillies traded Jenkins to the Cubs on April 21, 1966. The Cubs also got first baseman John Herrnstein and outfielder Adolfo Phillips; the Phillies received veteran pitchers Bob Buhl and Larry Jackson. “When Fergie Jenkins came over to the Cubs from Philadelphia, we hit it off really well right from the start,” Williams recalled in his autobiography. “He had a daughter and I had four daughters. We lived not too far from each other in Chicago, and we often rode back and forth from the ballpark together.”9

The two Hall of Famers shared mutual interests in fishing and hunting. “In our era, we played all those day games, so we had some time to go out fishing,” Jenkins recalled in his autobiography. “We had a couple of hours after a game. The boat was docked at Burnham Harbor in Chicago, and we got out on Lake Michigan.”10 In the offseason, the two baseball legends went deer hunting together in Alabama. They even went moose hunting in Newfoundland one November.11

The Cubs, managed by Leo Durocher, were eliminated from playoff contention on September 27 and finished in sole possession of second place in the NL East Division when Jenkins pitched the team to a 4-1 victory over the New York Mets in New York on the final day of the regular season. The Expos ended up in sixth place with a 73-89 record under manager Gene Mauch.

However, Jenkins and Williams had banner seasons. Jenkins compiled a 22-16 record with a 3.39 ERA. He led the league in complete games (24), struck out a career-high 274 batters, and finished third in the NL Cy Young Award voting. Besides establishing career highs in home runs (42) and RBIs (129), Williams led the league in games played (161), runs scored (137), and total bases (373), and tied for most hits (205). He finished second in the voting for NL Most Valuable Player behind Cincinnati’s Johnny Bench. After the season, teammate Ken Holtzman said, “Had the Cubs won, it is conceivable that Williams would have shown as much MVP strength as Bench.”12 William Bike, who believes the 1970 Cubs were actually better than the 1969 team, concurred: “Had the Cubs won their division, Williams likely would have been the MVP.”13

In addition to the sources listed in the Notes, the author used Baseball-Reference.com, Baseball-Almanac.com, Newspapers.com, PaperofRecord.com, Retrosheet.org, and the 1971 Chicago Cubs Official Roster Book.

8 Holtzman, “Heading for Wire It Looks Like Foto Finish—Cubs.”

10 Fergie Jenkins with Lew Freedman, Fergie: My Life from the Cubs to Cooperstown (Chicago: Triumph Books, 2009), 164.