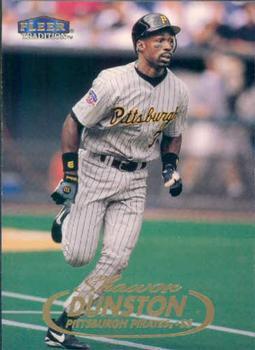 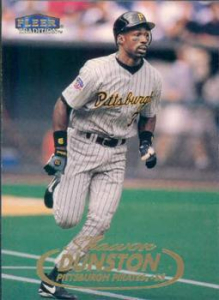 With two shortstops sidelined and their improbable run for the National League Central Division title in jeopardy, the Pittsburgh Pirates, who had spent 1997’s run-up trading off experienced players and shedding salary obligations, played against type by acquiring veteran Shawon Dunston from the Chicago Cubs at the August 31 postseason roster deadline. Dunston made an immediate impact by homering twice in his debut, a 6-4 win over the Cleveland Indians on September 2 at Three Rivers Stadium, as the Pirates moved within 1½ games of the division lead.

Expectations were low for the Pirates as 1997 opened. Projecting heavy financial losses, Pittsburgh had begun trading veterans for younger players or prospects in August 1996 and continued cost-cutting through the offseason.1 Manager Jim Leyland, at the helm for three straight division titles from 1990 through 1992, asked for permission to talk with other clubs, then moved on with the Florida Marlins.2

Now managed by Gene Lamont, Pittsburgh’s Opening Day roster in 1997 included few players with more than a season or two of big-league experience.3 The total payroll was $9 million, lowest among the 28 major-league clubs and less than a single player—Albert Belle of the Chicago White Sox—was making that season.4

“By all expert accounts, there appears to be no escaping last place for the Pirates, which would make it the fourth time in the past five years they have had such an inglorious finish … [A] more appropriate goal might be to avoid losing 100 games,” Pittsburgh Post-Gazette columnist Bob Smizik wrote.5

Pittsburgh, however, surpassed the doomy forecasts, remaining close to .500 all season. When the rest of the NL Central failed to break out, the Pirates, nicknamed the “Freak Show” by broadcaster Greg Brown, wound up in playoff contention.6

At the All-Star break, their 43-43 record led the division.7 By August 30 the Pirates were still only 2½ games behind the first-place Houston Astros.8

But they needed a shortstop. Kevin Elster, signed in December 1996 after longtime starter Jay Bell was traded to the Kansas City Royals, broke his wrist on May 16 and missed the rest of the season.9 Kevin Polcovich—at Triple A in 1996 but uninvited to spring training in ’97, then demoted to Double A—held down the position for three months, providing solid play until an ankle sprain on August 29 ended his season prematurely.10

Throughout 1997, the Pirates had patched up shortcomings with unheralded players.11 This time, eyeing the postseason and lacking adequate replacements, they turned to a two-time All-Star with more than 1,300 major-league games behind him.12 General manager Cam Bonifay obtained Dunston—a Cub from 1985 through 1995 who had returned to Chicago after spending 1996 with the San Francisco Giants—for a player to be named later.13

“I thought the way this club has battled all season we owed it to them to give them this opportunity,” Bonifay said.14

Before Dunston reported, the Pirates opened a three-game series with the Indians, who were leading the American League Central.15 In the series opener on Labor Day, Cleveland racked up four first-inning runs and rolled to a 7-5 win.16

A night later, the 34-year-old Dunston was in the lineup at short, batting sixth, as 23-year-old Pirates right-hander José Silva made his third major-league start.

The Indians threatened another quick runaway against Silva, who had allowed four-run first innings in both of his prior starts.17 Omar Vizquel and Kevin Seitzer opened with singles. When Silva’s 3-and-1 curve to Manny Ramírez sailed far outside the strike zone, the bases were loaded with none out.

Lamont activated his bullpen, and Matt Williams lined to left fielder Al Martin. Vizquel tagged and beat Martin’s throw home, but umpire Wally Bell gave no signal. Vizquel had stepped in front of the plate, not on it; once catcher Keith Osik realized it, he tagged Vizquel near the backstop to complete the unusual double play.18

Silva continued to struggle, walking David Justice to reload the bases for Sandy Alomar Jr., a day after Alomar had capped Cleveland’s first inning with a three-run homer. But Joe Randa—whose error had sparked that big inning—gloved Alomar’s bouncer to third and threw to second for the force.

Cleveland got on the board when Tony Fernández led off the second by driving a full-count pitch over the fence in right for a 1-0 lead. The Indians stirred for a bigger lead, putting two runners on with one out, but Silva retired Seitzer and Ramírez to strand them.

With two out in the second, Dunston batted against 21-year-old Cleveland starter Jaret Wright. Dunston took a high fastball for a ball. Wright came back with another high fastball, and Dunston connected, driving it into the seats in left-center for his 10th home run of the season. The game was tied, 1-1.

Silva followed with what turned out to be his only one-two-three inning of the game, aided by Turner Ward’s sliding catch of Williams’s liner to right, and the Pirates went back on the attack in the third.

Osik led off with a single and took second on Silva’s sacrifice. Womack hit a shallow fly to center, too deep for Vizquel at short but too short for Justice and Marquis Grissom in the outfield. Justice fielded the turf-boosted hop and threw home, but Osik slid in for a 2-1 Pirates lead.

The advantage lasted onály half an inning, as Cleveland drew even with an NL tactic. After Fernández walked and Grissom singled, Wright fell behind 0-and-2 but bunted the runners up. Vizquel’s sacrifice fly brought in Fernández with the tying run.

Wright set down the Pirates in the fourth, and the Indians soon went back ahead. Singles by Ramírez and Williams put two runners on to start the fifth. Both moved up one out later when Silva’s high-and-inside breaking ball thudded off Osik’s glove for a passed ball. Alomar’s groundout brought home Ramírez, and Cleveland led, 3-2.

Wright carried the one-run lead into the bottom of the sixth. Martin lined a one-out single to left; Mark Smith singled up the middle. Randa grounded softly into a force at second, beating the relay to keep the inning alive.

Dunston, who had grounded out in the fourth, had runners at the corners with two out.

Wright’s first pitch was low, and Dunston bunted through it for a strike. Next came a breaking ball, hanging over the plate. Dunston swung and crushed it over the left-field wall for his second homer of the game and a 5-3 Pirates lead.

Hometown fans in the mixed-loyalty crowd of 43,380, the fourth largest of the season at Three Rivers Stadium, requested a curtain call; Dunston waved his cap.

But no lead was safe against Cleveland’s potent lineup. Ramírez led off the seventh by ripping a hanging breaking ball off the wall in right for a double.

Due were Williams, who owned a home-run crown and an RBI title; Justice, on his way to finishing third in the AL in batting, slugging, and OPS; and Alomar, whose game-breaking homer in the series opener was yet another highlight in the best season of his 20-year career.

But Silva jammed Williams with a fastball. Dunston charged the weak bouncer and fired to first with his trademark rifle arm, getting Williams by a step, as Ramírez held at second.

With Justice up, Lamont called on lefty Chris Peters. Working the outside corner, Peters fanned Justice on a breaking ball.

Peters was done after one batter; right-hander Marc Wilkins faced Alomar. The Indians catcher flied harmlessly to center, and Jermaine Allensworth hauled it in for the third out.

Pittsburgh tacked on another run in the seventh, when Allensworth dropped a hit over Fernández at second, hustled out a double when Ramírez played it passively in right, and scored when Martin’s fly ball landed in shallow center for a single.

It was up to the Pirates bullpen to close it out. Wilkins pitched around a two-out walk for a scoreless eighth. Rich Loiselle, with 24 saves in his first full major-league season, came in for the ninth.

He lined sharply to left. Martin retreated a few steps to squeeze the final out, leaving Cleveland 1-for-17 with runners in scoring position. With Houston’s loss, the Pirates trailed by only 1½ games.19

Silva had his first major-league win, and Dunston was the hottest topic of conversation.

“I felt a boost when we got him,” Martin said.20 “September is a whole other ball game. The time is now.”21

“I’m waiting for [Cubs teammate] Mark Grace to call me and tease me about waiting to get to Pittsburgh to be a home-run hitter,” Dunston said.22 “I hope people don’t expect this all the time. I just want to go out and help the team win.”23

The Pirates remained in contention until the season’s final week before finishing second, five games behind the Astros. Dunston batted .394 with five homers for Pittsburgh, hitting safely in 17 of 18 games;24 when the season was over, he signed with Cleveland as a free agent.25

This article was fact-checked by Laura Peebles and copy-edited by Len Levin. The author thanks SABR members Vince Guerrieri for his assistance in obtaining copies of Cleveland Plain Dealer newspaper coverage and Kurt Blumenau for his insightful comments on an earlier version of this article.

In addition to the sources cited in the Notes, the author consulted Baseball-Reference.com and Retrosheet.org for pertinent information, including the box score and play-by-play. He also reviewed a YouTube video of the television broadcast on FOX Sports Pittsburgh.

12 Trade coverage noted that Pirates had two other shortstops on their roster, Lou Collier and Abraham Núñez. Both had spent almost all of the 1997 season in the minor leagues. Dale Sveum played 28 games at short in 1997 but was more often used at third. Robert Dvorchak, “It Just Hurts: Pirates Emotionally Pained by Ankle Injury of Shortstop Polcovich,” Pittsburgh Post-Gazette, August 31, 1997: C-12.

15 League rules allowed Dunston 72 hours to report to his new team after the trade, but he was in Pittsburgh within 24 hours of the deal, missing the Labor Day afternoon game only. Paul Meyer, “A Hero’s Welcome: Shortstop Homers Twice in Debut,” Pittsburgh Post-Gazette, September 3, 1997: C-1.

17 The Pirates acquired Silva in the December 1996 trade that sent Garcia, Merced, and Plesac to Toronto. He had made his major-league debut with two relief appearances for Toronto in September 1996, then spent most of 1997 with Pittsburgh’s Triple-A team in Calgary. His previous starts in 1997 were the first game of a doubleheader on July 27 and as a replacement for the injured Francisco Cordova on August 26. Silva’s September 2 start was also a result of Cordova being sidelined. Paul Meyer, “Pirates, Giants Split Lengthy Twinbill: Wild Pitch Wastes Rally in 13-Inning Game 1, but Young Hits Two HRs in Game 2 Victory,” Pittsburgh Post-Gazette, July 28, 1997: C-1; Paul Meyer, “Cordova Goes on DL; Pirates Recall Peters,” Pittsburgh Post-Gazette, August 24, 1997: C-4.

18 “I did touch the plate,” Vizquel said afterward. “I think the umpire got confused because I tripped over the catcher.” Burt Graeff, “Dunston Homers Beat Tribe: Pirates Win, 6-4,” Cleveland Plain Dealer, September 3, 1997: 1D.

19 Cleveland’s loss and the Milwaukee Brewers’ win over the Astros cut the Indians’ lead in the AL Central Division to 2½ games. Rebounding for a 7-3 win over the Pirates a night later, Cleveland won five games in a row to restore a 5½-game lead. The Indians won their third straight division title and second AL pennant in three seasons in 1997 but lost the World Series to the Marlins in seven games.