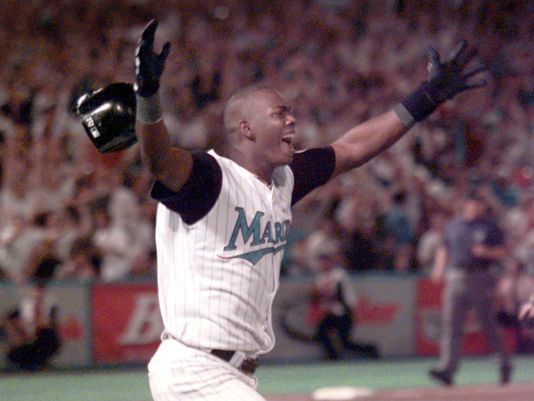 The World Series had come down to the winner-take-all game for the 33rd time.1 The two teams had alternated wins throughout the series. Now 67,204 fans filled Pro Player Stadium to see who would take home the championship trophy.

Cleveland had not won a World Series title since 1948, falling short against the New York Giants in 1954 and the Atlanta Braves in 1995. Florida had joined the National League in 1993 and the Marlins’ appearance in the World Series five years later was the fastest up to that time.

Wayne Huizenga, the Marlins’ owner, had gone on a spending spree the previous winter. He signed Moises Alou, Bobby Bonilla, Kevin Brown, and Alex Fernandez, and extended the contracts of Gary Sheffield and Robb Nen. The team also signed Jim Leyland, who had managed the Pirates for the previous 11 years, to take the helm. In-season trades for Darren Daulton, Craig Counsell, and Ed Vosberg further boosted Florida’s veteran presence. The Marlins made the postseason as a wild-card team and won playoff series over the San Francisco Giants and Atlanta Braves to reach the World Series.

Leyland started Al Leiter in Game Seven. Leiter, signed as a free agent before the 1996 season, had pitched in Game Three and struggled against the Indians lineup, giving up seven runs in 4⅔ innings. He entered the game with a 6.35 ERA in four postseason starts, but Leyland believed the veteran’s experience would pay off. Leiter said, “I’m totally mentally and physically prepared for the start.”2

Leiter “rewarded the faith that Leyland had placed in him”3 in the first two innings, getting the Indians in order. But the left-hander, pitching three days after his 32nd birthday, faltered in the third. After a leadoff walk to Jim Thome and a single by Marquis Grissom, pitcher Jaret Wright moved both runners up on his sacrifice bunt. (First baseman Daulton eyed a force play but couldn’t get the ball out of his glove and settled for the out at first.) It appeared Leiter might get out of the inning unscathed after he got Omar Vizquel to pop up for the second out.

But Tony Fernandez squeezed a single up the middle, bringing both runs home. Cleveland had jumped in front, 2-0. After Leiter struck out David Justice for the third out, he recovered and gave up just two more hits before he was removed for reliever Dennis Cook after the sixth inning.

Jaret Wright, at 21 the youngest player on either roster, got the start for the Indians, who had won the AL Central Division title for the third season in a row and beat the New York Yankees and Baltimore Orioles in the playoffs. Wright earned the win in the Series’ Game Four after pitching six innings and striking out five in Cleveland’s 10-3 win. He aimed to be the second rookie to win a seventh game of the World Series. Babe Adams had accomplished it in 1909 when the Pirates beat Detroit.

Wright had been called up in midseason but his World Series appearances belied his rookie status. Indians manager Mike Hargrove said Wright’s performance in Game Four gave him confidence that Wright was ready. Wright shared his manager’s confidence, saying, “You dream to pitch in Game Seven of the World Series. It’s a good feeling. Hopefully I can rise to the occasion tomorrow.”4

Wright picked up where he left off in Game Four. The right-hander surrendered just one hit, a first-inning double by Edgar Renteria, through the first six innings. The only other baserunners through the first five innings came on three walks. Darren Daulton hit a bullet to left field with two outs in the sixth. Manny Ramirez failed to get the ball and his error allowed Daulton to reach third. The error maintained Wright’s no-hitter, and Alou’s fly ball left Daulton stranded.

The Marlins cut Cleveland’s lead to one run in the seventh. Bonilla, who had gone just 4-for-26 so far in the Series, led off and hit Wright’s first pitch out of the park. After Wright walked Counsell, Leyland sent left-handed batter Cliff Floyd to hit for Cook, who had relieved Leiter in the Indians’ seventh. Hargrove brought on left-hander Paul Assenmacher to face Floyd, but Leyland countered and sent righty Kurt Abbott to bat instead. The strategy didn’t work as Abbott flied out for the second out and Devon White struck out to end the inning.

Michael Jackson and Brian Anderson pitched for the Indians in the eighth and did the job, getting the Marlins out in order. Jose Mesa took over in the ninth, needing just three outs for Cleveland, leading 2-1, to win it all.

But Mesa struggled. Alou led off with a single. After Bonilla struck out, Charles Johnson singled and the speedy Alou landed on third. Counsell now stepped up to the plate. He took a ball, fouled off a pitch, and then hit a sacrifice fly to deep right field that brought Alou home with the tying run.

The game now went into extra innings, just the fourth time the deciding game of the World Series had stretched beyond regulation. Nen pitched the 10th for Florida and struck out three of the four Indians he faced. Mesa stayed on the mound for the Indians. He got the first out on a groundball back to the mound but then gave up consecutive singles. After he struck out pinch-hitter John Cangelosi for the second out, Charles Nagy replaced him.

Nagy led Cleveland in wins and ERA that season. He had not pitched since the Series’ third game when he went six innings and gave up five runs in Cleveland’s eventual loss. Nagy had originally been slated to start before Hargrove went with Wright. Now the right-hander was being asked to keep the Indians’ hopes alive, which he did when he got Alou to fly out.

Jay Powell, the sixth Marlins pitcher, shut down the Indians in the top of the 11th. Nagy returned to the mound in the bottom of the frame. Bonilla led off with a single up the middle.

Gregg Zaun attempted to bunt him along but popped the ball up to Nagy for an easy out. Then Counsell hit a groundball toward Fernandez at second. Bonilla slowed up to let the ball pass, and it rolled beneath Fernandez’s glove. Counsell was safe on the error, while Bonilla raced around to third.

Later Fernandez was asked if he had been distracted by Bonilla’s baserunning. He offered no excuses, saying that he just missed the ball. “I’ll have a lot of plays I’ll replay in my mind [but] like anything else in life, this too shall pass,” he said. “What you do in the past does not matter. It’s what you do in your last play that matters. That’s what they say in baseball. Tonight I was not good in my last play.5

Nagy intentionally walked Jim Eisenreich to set up a force at any base. When Devon White grounded to second, Fernandez’s throw home got the force out on Bonilla. Renteria now stepped into the batter’s box.

In many ways, “the Marlins could not have picked a better man to have at the plate in this situation than Renteria.”6 Renteria had provided the winning hit in the ninth or an extra inning five times in the 1997 season. His two-out single against San Francisco in the first game of the Division Series helped propel Florida through the playoffs. Renteria said later, “I felt very comfortable. I had been in that position before.”7

Nagy’s first pitch was a called strike. Renteria hit the second pitch up the middle and the crowd “let out a tremendous roar as the ball sailed over Nagy’s head and into center field” while Counsell ran home to score the Series-winning run.8

The players rushed out of the dugout with Leyland leading the way. He shouted, “This is for the fans! This is for the fans!” He then ran around the outfield waving at the fans and finally accepting a hug from Bonilla. “I guess every little boy might have imagined this would happen to them at one time,” Leyland said. “We haven’t given up all year. I’m so happy for all the guys.”9

Cleveland manager Hargrove told reporters, “You felt the momentum shift after the ninth inning. We battled to keep it from happening but it happened anyway.”10 But he noted that his team had surprised many people that season. “We overcame long odds to get here today. We didn’t give the game away. It could have gone either way. It just went the Marlins’ way.”11

The win provided Florida and its fans a championship title in record time. Along the way they became the first wild-card team to win a World Series and just the 11th team to win the championship on their first try. The win also provided the players with a moment to remember as Sheffield noted afterward: “It’s the best. This is what I waited all my life for, played on all those losing teams for.”12

Jeff Conine, the only Marlin who was on their inaugural roster in 1993, perhaps said it best. “It just seemed like we were so far away from where we are right now. It seemed like we would never get here, because everything seemed so chaotic at the time.”13

Marlins fans could savor their championship for only a brief time. Before the 1998 season, Alou, Nen, White, Conine, Brown, Vosberg, Cook, and Abbott were traded in a cost-saving move after owner Huizenga said that he had lost money during the championship run and wanted to sell the team. Florida fell to 54-108 in 1998, the worst record in baseball.