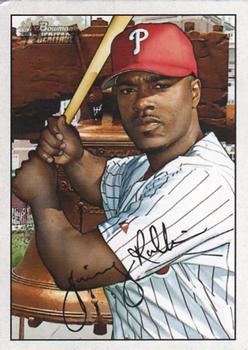 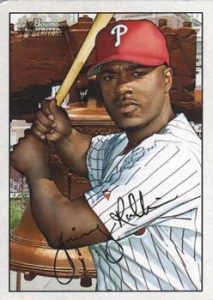 In 2006 the New York Mets ran away with the National League East Division, finishing 12 games ahead of the Philadelphia Phillies. Entering 2007, the Phillies did not change their roster or lineup significantly from that 2006 also-ran, while the Mets added veterans Luis Castillo and Moises Alou after losing the NLCS to the St. Louis Cardinals.

Most pundits predicted that the Mets would again be division champion.1 But Philadelphia’s brash shortstop Jimmy Rollins boldly declared the Phillies as favorites. “Bottom line, we’re the team to beat,” said Rollins, “I can’t put it any other way.”2

Despite Rollins’ best efforts—and they were indeed prodigious efforts at the bat, on the bases, and in the field—the Phillies found themselves seven games behind the Mets on September 12. But the Phillies went on a furious run, winning 9 of 10, while the Mets had two five-game losing streaks, and the division race got closer and closer.

As the Phillies and Washington Nationals took the field, the game at Shea Stadium had already begun. Astoundingly, the Marlins, bound for last in the division, scored seven runs in the first inning off Tom Glavine. It looked likely that a Phillies victory would mean a division championship and a place in the playoffs.

Phillies manager Charlie Manuel chose 44-year-old Jamie Moyer as his starting pitcher. The Phillies had acquired the seemingly ageless Moyer, who had debuted in the majors in 1986, from the Seattle Mariners in 2006 for two minor leaguers. Moyer came into the game with a 13-12 record and a high 5.15 ERA. In his previous start, on September 25, he had allowed six earned runs to the Atlanta Braves in 5⅓ innings.

Moyer’s mound opponent was right-hander Jason Bergmann, who had a 6-5 record and a 4.33 ERA. Even though the Nationals were out of playoff contention, manager Manny Acta started a lineup of regulars, including Ryan Zimmerman, Austin Kearns, Ronnie Belliard, Dmitri Young, and Wily Mo Peña.

With the crowd already in a frenzy as the right-field scoreboard showed the Marlins’ big lead, Moyer took the mound. He worked around Belliard’s double to set the Nationals down in the first.

The Phillies got on the board in the bottom of the inning. Rollins led off with a single and stole second base. He held at second on Shane Victorino’s groundout, then stole third. Chase Utley’s sacrifice fly drove him home. “[Rollins] set the tone,” said center fielder Aaron Rowand after the game.3

Moyer set the Nationals down in order in the second and third innings, striking out three and watching his outfield track down a couple of deep fly balls. The Phillies added to their lead in the third. Catcher Carlos Ruiz led off with a double. One out later, Rollins walked and Victorino was hit by a pitch, loading the bases. After Utley popped out. Ryan Howard delivered a two-out single, scoring Ruiz and Rollins. Phillies 3, Nats 0.

The Phillies made two defensive changes in the top of the fifth. Backup Chris Coste replaced catcher Ruiz, who had been hit by a pitch in the fourth inning. Abraham Núñez replaced Greg Dobbs at third. Moyer left the game in the sixth after yielding singles to Belliard and Young around a Zimmerman strikeout. Moyer thus finished a 5⅓-inning five hit, one unearned run outing that Rollins called “championship pitching.”4 Reliever Tom Gordon got Kearns to ground into a double play. A glance at the scoreboard showed the Marlins still leading the Mets by a wide margin, 8-1.

In the bottom of the sixth, Pat Burrell walked to lead off the inning and the speedy Michael Bourn ran for him. Coste was hit by a pitch. With runners at first and second, Núñez sacrificed the runners up a base. Tadahito Iguchi, who had come to the Phillies from the White Sox in late July when Utley was injured,5 batted for Gordon. He launched a sacrifice fly to deep right-center, scoring Bourn and moving Coste to third.

With a man on third and two outs, Rollins strode to the plate. The prognosticator of Phillies success from February was having a career year. As he took his place in the batter’s box, he had amassed 38 doubles, 30 home runs, 41 stolen bases, and 19 triples. One more triple would make Rollins a member of one of baseball’s most exclusive clubs: the 20-20-20-20 club. Only Frank Schulte (1911), Willie Mays (1957) and Curtis Granderson (2007) had ever had at least 20 doubles, triples, home runs, and stolen bases in a season.

Rollins, batting left-handed against Nationals righty Luis Ayala, worked the count full, fouling away a couple of pitches. He then laced a ringing line drive down the right-field line.

Coste scored easily, and Rollins was off and running in his familiar arms-pumping, legs-churning style. The hit was a sure double, but everyone in the ballpark knew Rollins was thinking triple out of the box. As Rollins rounded second and headed for third, Kearns chased down the ball and fired to cutoff man Belliard.

Belliard wheeled and launched a hard, accurate throw to third. Zimmerman caught the ball and slapped a quick tag on Rollins, just a fraction too late. Umpire Bruce Dreckman emphatically signaled safe. Rollins had his 20th triple. The crowd erupted with chants of “MVP.”6 The Phillies’ lead was 5-1.

The crowd was still buzzing over Rollins’s feat as J.C. Romero came in to pitch in the seventh inning. Working around a one-out walk, he set the Nationals down. Howard extended the Phillies lead to 6-1 in the bottom of the inning with a thunderous blast off the Bud Light sign in right field, his 47th home run of the season. Romero put up a scoreless eighth with the help of an Utley-Rollins-Howard double play.

When Brett Myers, the erstwhile Phillies starter who had taken over closing duties after Gordon was injured in May, strode to the mound in the ninth, the Phillies and the fans knew that the Mets had lost. All that was left to clinch the title was for Myers to close out the game. He did so in style, striking out Young, inducing an easy fly ball to left from Kearns, then catching Peña looking at a curveball for a called third strike.

The party was officially on. As teammates mobbed Myers at the mound, dancing broke out in the stands. Long-suffering Phillies fans bounced up and down, exchanged high fives and hugs, and cheered as their heroes made their way off the field. In the clubhouse, jubilant players soaked each other with champagne and beer, and Howard declared, “We’re going outside! C’mon. We’re going to go yell at the fans.” He then led the team back out onto the field, where they were greeted with a tremendous roar.7

As the party subsided, Myers reflected, “I’m at a loss for words. I had to step off the mound in the ninth inning to let the fans soak in what was about to happen.”8 Never at a loss for words, Rollins, who was voted National League MVP after the season, giving the Phillies back-to-back MVPs with Howard in 2006, summed it all up: “There hasn’t been a playoff game for this baseball team since 1993. It was all on us. We had the makeup. We had the talent. We had the beautiful park to do it in. But something was missing. And that was winning that big game on the last day of the season.”9

Rollins then told a reporter from the New York Daily News, “You know how it feels to be right in the end? It feels wet with champagne.”10

Mets third baseman David Wright reflected on the team’s historic collapse: “We did it to ourselves. It’s not like we didn’t see it coming and it just blindsided us. We gradually let the thing slip away. You finish a homestand—the biggest homestand of the year—1-6, that’s not good enough.”11

The joy in Philadelphia was short-lived. The pennant-winning Colorado Rockies swept the Phillies in three games in the National League Division Series. While that ending was disappointing, it could not completely erase the goodwill the team had generated with its drive to the division title. One year later, the Phillies would ride that new spirit to their first World Series championship in 27 years.

A condensed version of the game is available here:

5 When Utley broke his hand in late July, the Phillies filled the gap by dealing the minor-league pitcher Michael Dubee to the White Sox for Iguchi. Iguchi proved to be a life-saver for the Phillies. He hit over .300 and fielded flawlessly for the month that Utley was out. He then became an important bench player, coming up with several key hits during the Phillies’ drive to the division title. You can read the full story here: The Faith of a Phillies Fan: How Tadahito Iguchi Saved the Phillies 2007 Division Championship.