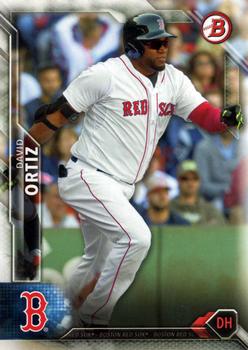 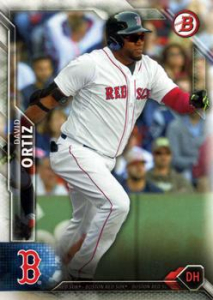 Every professional athlete hopes to “go out on top” at the end of their career. No one likes to think of struggling through a final season and not being invited back, like a hypothetical baseball player putting up disappointing numbers and then wishing he had perhaps retired a year earlier.

On November 18, 2015, his 40th birthday, another venerated Red Sox left-handed hitter, David Ortiz, announced he was going to play one more season and then retire.2 Unlike Williams in 1959, Ortiz’s production had shown little slippage from his peak years; he had finished 2015 in the American League’s Top 10 in several categories, including home runs, RBIs, and slugging percentage. Ortiz had passed the 500-homer milestone, reaching 503 career home runs through 2015. In addition, Ortiz had three World Series championship rings with the Red Sox (2004, 2007, and 2013), a team accomplishment that had eluded Williams.

Ortiz’s decision to return in 2016 proved correct, on both individual and team levels. He had another successful year, leading the major leagues in doubles (48), slugging percentage (.620) and on-base percentage plus slugging (OPS) (1.021), while topping the American League with 127 RBIs. By the time Boston hosted the Toronto Blue Jays at Fenway Park in the final three games of the 2016 season, the Red Sox had already clinched the AL East title, a rebound from two fifth-place finishes in a row.

The final weekend began with the Friday night game on the last day of September. A day earlier, the New York Yankees had honored their longtime rival and his family at Yankee Stadium, with both Ortiz’s wife and daughter receiving floral bouquets.

With fans aware, as they had been all year, of Ortiz’s pending retirement, all three games at Fenway Park were designated as “Big Papi Weekend.” The Red Sox’ playoff position was set, but the Blue Jays still had goals in sight. They were tied for second place with the Baltimore Orioles, both with 87-72 records; in baseball’s first season with two wild-card spots in each league, the Blue Jays and Orioles had a slight lead over the Detroit Tigers and Seattle Mariners.

Friday evening was cold and wet, with staffers holding umbrellas over a Peter Max painting presented to Ortiz before the game.3 The game was delayed by 25 minutes, but the rain let up. Broadcasters said the wind was blowing in, giving the pitchers an advantage.4

Pitching for manager John Farrell’s Red Sox was right-hander Rick Porcello, who came into the game with a 22-4 record and a 3.11 earned-run average, on his way to the AL Cy Young Award. Porcello didn’t win this game, but he kept the Blue Jays to three runs and saw his team prevail by game’s end.

After a scoreless Blue Jays first, Toronto manager John Gibbons’ choice of pitcher – right-hander Marco Estrada – was worked by third baseman Brock Holt for a one-out, seven-pitch base on balls. After the second out, Ortiz came to bat. On a wild pitch, Holt took second base. He scored when Ortiz drove in the first run of the game on an opposite-field single slashed to short left field.

The game remained 1-0, Red Sox, through the first four innings. Ortiz came up to bat in the third and grounded the ball back to Estrada, who threw him out at first base.

In the top of the fifth, the Jays took the lead. Second baseman Devon Travis led off with a double high off the wall in left-center. Left fielder Ezequiel Carrera laid down a bunt toward third base and reached safely. Third baseman Josh Donaldson hit a fly ball to right field, and Travis tagged up and scored the tying run.

Porcello got DH Edwin Encarnacion to fly out to right for the second out, but Toronto right fielder Jose Bautista – like Ortiz, a native of the Dominican Republic – hit a two-run homer into the top row of the Green Monster seats atop the left-field wall. The 308th home run of Bautista’s career made it 3-1, Blue Jays.

In the bottom of the inning, Estrada gave up a leadoff double off the left-center-field wall to Red Sox second baseman Dustin Pedroia – the 32-year-old Pedroia’s 200th hit of the season, his most since getting 213 in his AL MVP campaign of 2008. Estrada then shut down any threat. Ortiz made the third out with a fly ball to the warning track in front of the visitors bullpen.

Joe Biagini took over from Estrada in the sixth, surviving a one-out triple into the right-field corner by Xander Bogaerts. The triple resulted in nothing when Biagini struck out the next two batters.

Brad Ziegler, a righty like Biagini, replaced Porcello in the seventh. Ziegler didn’t let the ball out of the infield, though two runners reached on a single and a walk.

In the bottom of the seventh, the Red Sox tipped the score the other way. Left fielder Andrew Benintendi doubled to right-center. He scored from second when catcher Russell Martin fielded Pedroia’s infield single and threw the ball away.

Pedroia wound up on second base on Martin’s error. He took third on a wild pitch but couldn’t score on Holt’s infield out. Mookie Betts – headed for a runner-up finish in the AL MVP voting at age 23 – singled up the middle, and Pedroia scored, tying the game, 3-3. The hit was Pedroia’s third of the game, giving him 201 for the season.

Gibbons called on left-handed reliever Brett Cecil to face Ortiz. The first three pitches were curveballs, the third one a called strike.

Then Cecil threw a “two-seam fastball on the inner edge of the plate.”5 Ortiz was ready. He hit a two-run homer deep down the right-field line, well past the Pesky Pole denoting the foul line, landing several rows deep, well down the line – a no-doubter off the bat.6 It was 5-3, Red Sox.

The 37,661 at the ballpark had seen the Red Sox take the lead on Ortiz’s 541st – and final – home run in the major leagues. The homer gave him three RBIs in the game.

The homer capped the four-run Red Sox rally. Koji Uehara threw the eighth and Craig Kimbrel threw the ninth (earning his 31st save of the season), although the Blue Jays got two runners on base in both innings.

After the game, Gibbons said, “It was a battle. People might say [walk] a guy like Ortiz, but you look at Cecil’s success against him, you don’t have him in there to walk him, do you?”7

Farrell praised Boston’s slugger: “On a night that begins a weekend celebration, I don’t know that you can write a script for what David did here tonight offensively. Nights like tonight he almost leaves you speechless.”8

Ziegler got credit for the 5-3 win. The Jays fell a game behind the Orioles in the standings, since Baltimore beat the Yankees, 8-1.9

Boston’s division title meant that Ortiz’s career continued into the AL Division Series, the ninth time in his career that his team reached the postseason. A fourth World Series ring was not in the cards – the Red Sox were swept by the Cleveland Indians in the ALDS – but Ortiz’s final season was exceptional by any standard. His vitality made many fans wish he’d come back for at least one more year, but he had taken his final curtain call as a player.

For his career, Ortiz had the 541 home runs as well as 1,768 runs batted in and a career on-base percentage of .380 The number of clutch hits he had was extraordinary, especially in the playoffs. In 2004 alone, when the Red Sox broke their 86-season championship drought, he won three games with extra-inning walk-off hits: a two-out, two-run 10th-inning homer in the clinching Game Three of the Division Series against the Anaheim Angels, and, as the Red Sox overcame a three-games-to-none ALCS deficit against the Yankees, a 12th-inning two-run homer in Game Four and a 14th-inning RBI single in Game Five.

Ortiz was voted into the National Baseball Hall of Fame in 2022.

1 Williams said he told Red Sox GM Dick O’Connell, “I had a lousy year, the worst I ever had. I was injured, and I suffered for it, but I don’t deserve what I made last year. I’ve had the biggest raises a player ever had. … I want to take the biggest cut ever given a player.” Ted Williams with John Underwood, My Turn At Bat (New York: Fireside Books, 1969), 208. These were, of course, in the days before major-league players unionized. Any current player suggesting a voluntary pay cut would be exceptionally rare and disapproved by the Players Association.

3 The ceremonial first pitch was thrown by Dominican 15-year-old Joaquin Maldonado Mendoza, who had heart surgery thanks to the David Ortiz Children’s Fund. Peter Abraham, “Ortiz Is Honored for His Charitable Work,” Boston Globe, October 1, 2016: C5. Ortiz’s image had even been mown into the center-field grass by head groundskeeper David Mellor’s crew.

4 A video of the game is available on YouTube at: https://www.youtube.com/watch?v=2INS7OUu2l4.

9 Toronto beat Boston in the season’s final two games to finish tied with Baltimore at 89-73, four games behind the 93-69 Red Sox. The Blue Jays and Orioles advanced to the AL wild-card Game, and Toronto won, 5-2, at Rogers Centre, thanks to a three-run homer in the bottom of the 11th inning by Edwin Encarnacion. Toronto eventually reached the ALCS, where they lost to the Indians in five games.