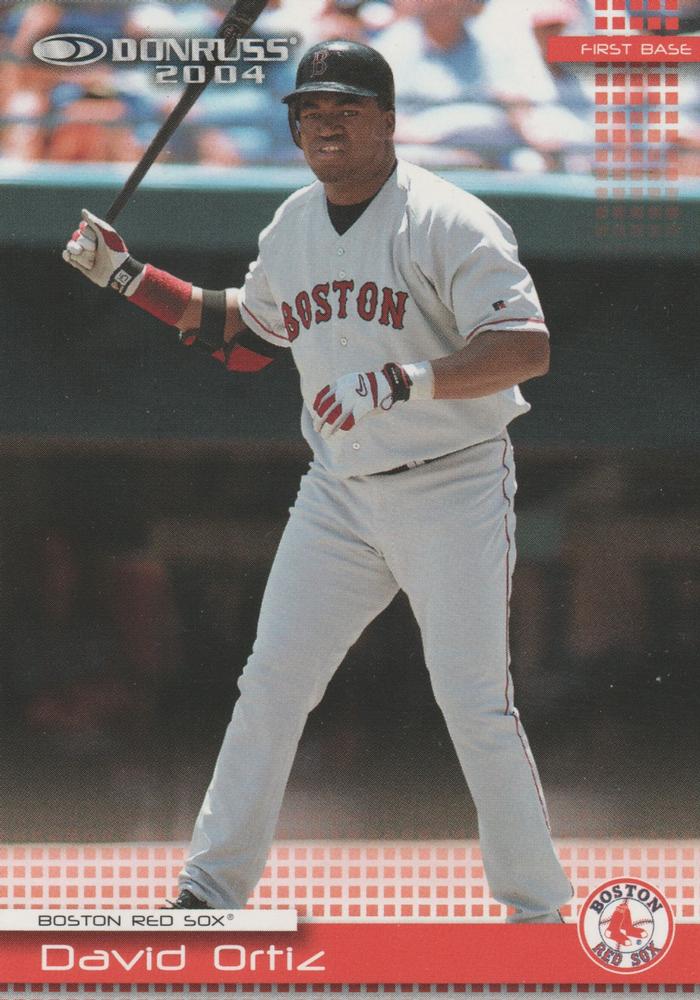 For a while, it looked as though the Red Sox were simply going to win this in a breeze. It didn’t work out that way.

The Red Sox had won the first two games in the best-of-five series, taking both games in Anaheim. They scored first in this one, with two runs in the bottom of the third, and when the Angels had the temerity to score a run in the top of the fourth, they came back with three more.

The pitching matchup was between two right-handers: Bronson Arroyo for Boston against Kelvim Escobar for the Angels. Arroyo had been 10-9 (4.03 ERA) in the regular season; Escobar had been a comparable 11-12 (3.93). His ERA was the lowest among the Angels starters. The Angels had fared well against Arroyo during the season — 11 runs in 8⅓ innings.

Angels manager Mike Scioscia said of Escobar, “Guys who have seen him day in and day out know he has been our most consistent pitcher, particularly down the stretch.”1

After surrendering a single to Garret Anderson, Arroyo responded by striking out the side in the top of the second. Escobar again granted a walk and a single, but no runs.

In the third, Arroyo hit a batter but otherwise retired the side.

In the bottom of the inning, the Red Sox put a couple of runs on the board. Mark Bellhorn led off with a base on balls — the third inning in a row Escobar had walked the leadoff batter. Manny Ramirez flied out to center. David Ortiz doubled high off the left-field wall, putting runners on second and third. Trot Nixon singled to right, driving in Bellhorn. Kevin Millar grounded out to second base, Ortiz scoring on the play. There was no further scoring, but it was 2-0, Boston.

In the top of the fourth, Arroyo induced Vladimir Guerrero and Anderson to hit popups to Bill Mueller at third base, but then Troy Glaus hit one over the left-field wall, completely out of the park, for a solo home run. Jeff DaVanon grounded out to first.

The Red Sox scored three more runs in the bottom of the fourth. Mueller reached on what was scored an error by Chone Figgins at second. Damon looped a single to left. Bellhorn walked. Ramirez hit a sacrifice fly just shy of the warning track in left field, easily scoring Mueller. With Ortiz coming up, Scioscia summoned Scot Shields to replace Escobar.

Ortiz doubled to right field, the ball getting past Guerrero and going all the way to the bullpen fence, driving in Damon. After Shields went to 3-and-0 on Nixon, Scioscia made the call and Nixon was walked intentionally. Millar reached on an error by shortstop David Eckstein while Bellhorn scored. Jason Varitek hit into a double play, but it was 5-1, Red Sox.

In the fifth, Arroyo struck out two, around a groundball that Varitek jumped on, several feet up the third-base line, fielded, and threw to first.

The Red Sox added one more run in their half of the fifth on singles between first and second by Mueller and Damon, and then Ramirez, who dropped an RBI single into right.

Neither side scored in the sixth.

In the top of the seventh, Arroyo walked leadoff batter DaVanon. Francona brought in left-hander Mike Myers to relieve Arroyo, who left to a standing ovation. Myers walked José Molina. Mike Timlin came in to pitch. After Timlin got one out, Eckstein singled to load the bases. Timlin struck out Figgins for out number two. He walked Darin Erstad, though, on seven pitches, forcing in a run. And then Vladimir Guerrero quieted the crowd at Fenway Park with a home run over the Red Sox bullpen, a grand slam that tied the score, 6-6. Alan Embree got the final out.

Brendan Donnelly had put Boston down in order in the sixth. He did so again in the seventh.

Embree walked one in the top of the eighth, and Keith Foulke came in to relieve and get the final two outs. Francisco Rodriguez pitched to the Red Sox in the bottom of the eighth. After striking out the first two, he allowed a single and walk but then got a groundout.

In the ninth, with one out, the Angels got runners on second and third — Figgins had singled and Erstad had doubled. Figgins could well have scored on the double but, unfamiliar with Fenway, had held up instead of running to home plate.2 Foulke intentionally walked Guerrero. He struck out both Anderson and Glaus, both of them swinging.

That brought up the Red Sox in the bottom of the ninth. One run would send them to the League Championship Series. Groundout, groundout, fly ball to left. The game went into extra innings.

Derek Lowe replaced Foulke on the mound in the 10th. There was a walk, a sacrifice, and a high-bouncing infield single. First and third. But Lowe got Figgins to ground out, short to first.

In the bottom of the 10th, Damon singled up the middle and into center. Bellhorn tried to bunt him into scoring position, but Damon was forced at second. Pokey Reese came in to run for Bellhorn. K-Rod struck out Manny. Two outs. Jarrod Washburn replaced K-Rod, to pitch to Big Papi, David Ortiz. It was the first time Washburn had worked in relief for five years. The Angels’ closer, Troy Percival, was left in the bullpen. All Scioscia was asking for was one out, and he wanted Percival fresh to pitch the 11th if his team could get a lead.3

On the first pitch Washburn threw, Ortiz homered into the second row of the Monster seats atop the left-field wall and the Red Sox had an 8-6 victory. The win went to Lowe. The acclaim went to Big Papi.

“Washburn is a guy I’ve faced a lot. Pretty much the last couple of games he’s trying a lot of sliders because I’m driving his fastball pretty good. As soon as I saw him coming out of the bullpen I thought, ‘Here comes my slider. First pitch, he’s going to throw me this, and I’m going to look for it. Give it to me.’ It was a slider, up, kind of high. … I wasn’t really thinking about hitting a home run. I want to get on base. I want to make sure somebody else steps to the plate. If I had been thinking about hitting a home run, that’s when you get in trouble. I would have hit a groundball to second because that’s pretty much what you do.4

Trot Nixon said, “Washburn’s the kind of guy that will come right at you. He’ll try to get ahead of you early, but you couldn’t sneak a cheese past Big Papi! When he hit it, my hands went up in the air because I knew David had gotten it. The way he reacted … he looked back towards us and we knew that he had gotten it.” 5

In the three games, Angels pitchers allowed 25 runs on 35 hits and 20 walks. The Red Sox had baserunners aplenty, leaving 31 men on base in the three games despite scoring 25 times. The Angels defense had allowed seven unearned runs.

“I’m proud of the way this team hung in there — we could have folded in the last two weeks,” Percival said. “We just ran out of gas at the end, and we ran into a team that was steam-rolling.”6

Erstad said of the Red Sox, “These boys are winning the World Series. … That’s the deepest team I’ve ever seen. They have every piece of the puzzle. I don’t see anybody beating them.”7