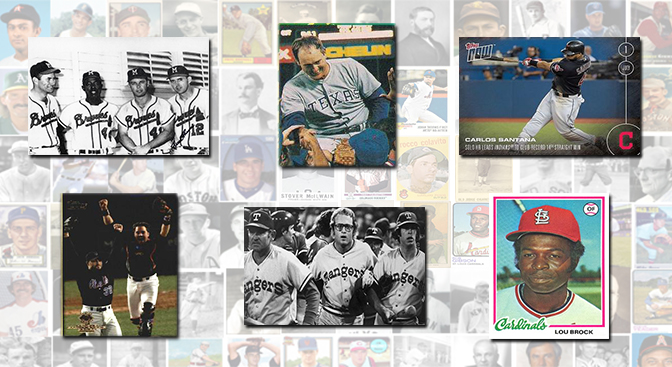 One of SABR’s newest research initiatives, the SABR Games Project, has reached a milestone with the publication of its 1,000th article this week.

Formed in 2014 and now headed up by Mike Huber, Steven C. Weiner, Len Levin, and Bruce Slutsky, the SABR Games Project is an initiative to research, write, and publish accounts of major-league regular season, postseason, and All-Star Games, along with other games of historical significance such as in the Negro Leagues, minor leagues, or international or exhibition contests. These game accounts complement Retrosheet and Baseball-Reference box scores, as well as SABR BioProject essays on the players involved.

These accounts often draw on quotes from participants, newspaper articles, or other sources to “put the reader in the game.” Accounts cover the range of significance, such as Jackie Robinson’s MLB debut, the Cincinnati Red Stockings’ first defeat in 1870, Al Capone’s visit to Comiskey Park, or Tippy Martinez picking off three baserunners in one inning. We also have stories on significant achievements such as four home run games, no-hitters, pennant clinchers, and 3,000th hits.

Members of the SABR Games Project have produced several themed books with collections of articles on greatest games, including Inventing Baseball: The 100 Greatest Games of the 19th Century, edited by Bill Felber; Au jeu/Play Ball: The 50 Greatest Games in the History of the Montreal Expos, edited by Norm King; and our latest publication, Cincinnati’s Crosley Field: A Gem in the Queen City, edited by Gregory H. Wolf. SABR members can download the e-book editions for free at SABR.org/ebooks or buy paperback editions at a 50% discount from the SABR Store. You can also read many of these articles online by browsing through the Books Project menu at SABR.org/gamesproject.

It’s easy to get involved. Any SABR member is eliglble to write for the Games Project. If you’d like to help contribute, find out how by reading the Games Project FAQs or checking out the Authors’ Guidelines. If you’re not a SABR member, visit SABR.org/join to learn more or to sign up for an annual membership.