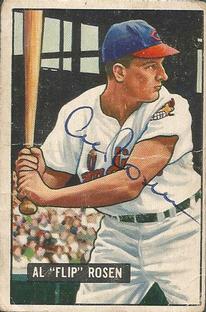 Every player goes through it. The speed slows just a bit, the reflexes do not fire as quickly as they once did, and there is someone waiting to take the player’s job. The impending task of finding a career after their baseball career becomes paramount.

It is hard on the fans too, especially if the player has been a solid performer. Hard to say good-bye to their heroes whom they have cheered for over a decade. Gave them thrills and made plays that were told and retold for generations.

The player who was facing these realities as the 1940s wound down was Cleveland Indians third baseman Ken Keltner. The Milwaukee native had been in the lineup since 1938, and the Indians’ fan base was used to seeing his fine defense and solid work with the bat.

Magic moments on both sides of the ball had ensured Keltner’s place in Cleveland’s baseball lore. He was at third on July 17, 1941, making two spectacular plays against Joe DiMaggio when the Indians snapped the game’s longest hitting streak. With the Indians and Boston Red Sox in a winner-take-all playoff for the American League pennant on October 4, 1948, his three-run home run put his team ahead to stay in their 8-3 win, giving Cleveland its first flag in 28 years.

Keltner had the most productive season of his career in 1948. At age 32, he batted .297, setting career highs in home runs (31) and RBIs (131) to power the Indians to their second-ever pennant and eventually, a World Series championship. But an injury to his left leg kept Keltner out of the lineup for a good portion of the next season, limiting him to a career-low 67 starts at third base in 1949.

Al Rosen was breathing down Keltner’s neck. The hard-hitting Rosen had accomplished just about all he could on the minor-league level. He was easily one of the top players in the minors, no matter which league. But Rosen could not compete with Keltner on defense, and even though he was called up at the end of the 1947 and 1948 seasons, he demonstrated little potential to manager Lou Boudreau. Rosen broke spring training with the Indians in 1949 but was sent down to Triple-A San Diego in July when he failed to produce consistent numbers.

Hank Greenberg was Cleveland’s new general manager in 1950, having been promoted from farm director three seasons after retiring as an active player. No fan of the aging players, including Keltner, Greenberg was in favor of a youth movement. “Ken Keltner, our regular third baseman, was getting old; he couldn’t play anymore in my opinion,” Greenberg wrote in his autobiography. “All Keltner could do was drink and smoke with the rest of the boys, like Joe Gordon and Lou Boudreau. He had no discipline whatsoever.”1

It was especially tough on Boudreau, who as the team’s manager and shortstop, had played side-by-side with Keltner since 1940. Additionally, they were good friends. As Greenberg was no fan of Keltner’s, Boudreau was not hopping on Rosen’s bandwagon. “I kept Keltner around this long because Rosen has looked as bad or worse,” said Boudreau. “Maybe Rosen will perk up now that he knows the job is his until he plays himself off it. I don’t know how long I can go with Rosen. If he hits, then maybe I can overlook his poor fielding.”2

The drama was put to an end when Keltner was released on April 12, making it official that Rosen was the starting third baseman. Keltner was signed by Boston two days later. He headed out of the Indians’ clubhouse to meet his new teammates.3

On April 18 Cleveland opened the 1950 season at home against the Detroit Tigers. Rosen found his name written in the manager’s lineup card, batting seventh.

The pitching matchup for the lid-lifter was Fred Hutchinson (15-7, 2.96 ERA in 1949) for the Tigers and Bob Lemon (22-10, 2.99 ERA) for the Indians. A large crowd of 65,744 made its way to Cleveland Stadium for the 3:00 P.M. start. The weather forecast was for temperatures reaching 60 to 65 degrees with a threat of showers. Cleveland Mayor Thomas Burke threw out the ceremonial first pitch, then cleared the slab for Lemon. Both teams were hoping to improve on their 1949 showings, when Cleveland (89-65) and Detroit (87-67) finished in third and fourth place respectively in the AL standings behind the World Series champion New York Yankees.

It appeared as if the throng at the Lakeside ballpark might be in for a laugher. In the bottom of the first inning, Dale Mitchell led off with a single and jogged home when Larry Doby smashed a home run into the right-field seats. The 360-foot blast was enough of a lead for Lemon, who set down the next 10 Detroit batters in a row.

Rosen led off the second frame for the Indians and grounded out to third base. It would have been hard to ignore the “We want Keltner … We want Keltner” chants that rained down from the rafters. Never mind that Keltner had signed with the Red Sox, and now he could not be there, no matter how much the fans wanted him.

In the bottom of the fourth inning, Rosen and Jim Hegan were both retired on fly outs. But the Indians added to their advantage when Lemon, Mitchell, Doby, and Mickey Vernon plated two more runs on four straight singles, pushing the lead to 4-0.

Detroit finally got to Lemon in the top of the sixth inning. With one away, Jerry Priddy singled to center field and moved to third base when George Kell followed with a double to right. Vic Wertz collected the Tigers’ first RBI of the season when he grounded out to second base and Priddy scored. Detroit moved a run closer in the seventh. With one away, Aaron Robinson blasted a home run over the right-field fence to make the score, 4-2, Cleveland.

The wheels came off the Indians’ defense in the eighth, allowing the Tigers to take the lead. Lemon started the inning by walking Priddy. After Kell was retired on a fly ball, Wertz doubled to left field and Priddy scored. Pat Mullin grounded out to second, advancing Wertz to third. He scored the tying run when second baseman Gordon muffed Johnny Groth’s groundball.

Instead of Lemon and the Indians being out of the inning, the floodgates were opened for Detroit. Dick Kryhoski doubled to left field to plate Groth. Robinson was given a free pass to put runners on first and second with two outs and the pitcher due up. But Hutchinson ruined that strategy when he singled to center to knock in Kryhoski for a 6-4 lead. Lemon, who was relieved at that point in favor of Jesse Flores, was charged with four runs, though only one was earned.

But Detroit’s lead was short-lived. Boudreau led off the bottom of the eighth inning with a single. In stepped Rosen. The 26-year-old rookie had two strikes before connecting for a home run to the seats in left field. The score was now tied at 6-6. Hutchinson was headed to the showers and Detroit manager Red Rolfe brought in Art Houtteman from the bullpen. Although Cleveland was able to get two more men on base, including Mitchell’s double for his fifth hit of the day, Houtteman shut the door and kept the scored tied.

The game went into extra innings, tied at 6-all. In the top of the 10th, with one out, Kryhoski singled and Robinson reached on an error by first baseman Vernon. Rolfe was pushing all the buttons from the dugout as Paul Campbell ran for Robinson while Charlie Keller was called on to hit for Houtteman. Flores walked Keller as well and the Tigers had the bases loaded with one out. Johnny Lipon came to bat and lifted a fly ball to left. Kryhoski scored after the catch and Detroit led, 7-6.

Rolfe brought in right-handed Paul Calvert to shut the door on the Tribe. Which he did to preserve the victory for the visitors.

It was not an ideal start of the season for Lemon, who gave up six runs – three earned – over 7⅔ innings and squandered a four-run lead. Still, he finished 1950 with a career-high 23 wins and was fifth in the American League MVP voting, as the Indians came in fourth, six games behind the Yankees.

Hutchinson was also less than stellar on Opening Day, going seven innings and giving up six runs (all earned) and 13 hits. Like Lemon, better days were ahead: he had a 17-8 record in 1950, helping the Tigers to a second-place finish, three games behind New York.

Rosen was happy about his big blast to tie the game. But his glee did not last. “It felt great at the time,” said Rosen, “but they don’t mean a thing if you don’t win.”4 Rosen smacked 37 home runs in his rookie season in 1950. It was an AL rookie record that stood until 1987 when Mark McGwire topped it with 49 round-trippers. He held down third in Cleveland through 1956, earning MVP honors in 1953 and – combined with Keltner – giving the Indians sustained excellence at the hot corner for a decade and a half.