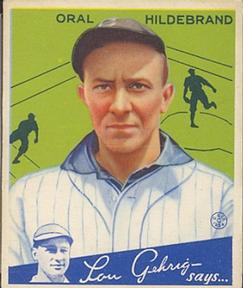 Cleveland celebrated the centennial of its incorporation as a city1 with the Great Lakes Exposition, a fair that, in the depths of the Great Depression, was as much about tourism as it was a celebration of the region’s industrial might.2

Thousands of people came downtown for the exposition. Even the Cleveland Indians got in on the action.

When Municipal Stadium opened in 1931, it was touted as a centerpiece for downtown events,3 but an anchor tenant was needed, and the Indians, at least initially, filled the role, playing their first game at the stadium on July 31, 1932. A crowd of 76,979 turned out for the 1-0 loss to Lefty Grove and the Philadelphia Athletics, but crowds that size turned out to be the exception, not the rule. After the 1933 season – the first full season for the Indians at the cavernous lakefront stadium – owner Alva Bradley exercised an out clause for the Indians to move back to League Park. It was estimated that the Indians, who drew 387,936 fans in 1933, lost $200,000 that year.4

The Indians continued to play in the cozy confines of League Park, but used Municipal Stadium for the 1935 All-Star Game. Their attendance was no better at their old home, and the team was a mediocre one. But a sudden hot streak in the summer of 1936 moved the Indians into (an admittedly distant) second place behind the Yankees, who were coming to town at the end of the month.

The Indians won nine in a row from July 11 to 19 and put together another five-game win streak before the Yankees stepped off the train for the three-game set starting July 31. Cleveland had won 17 of its last 23, and Bradley saw a chance at a big crowd. He negotiated with expo organizers to use the stadium for a Sunday game against the Yankees.5 A full spectacle of pregame activities was planned.

The day started with skill displays, no doubt an homage to the Olympics, which were going on in Berlin at the same time (featuring Cleveland’s own Jesse Owens). The contests were directed by Al Sutphin, a printing magnate who had served as the city’s boxing commissioner,6 and included fungo hitting, pitching accuracy, and a wheelbarrow race between the teams’ managers, Steve O’Neill and Joe McCarthy, who were both blindfolded. Billy Sullivan won the bunt-and-run-to-first race, and the pitching contest was won by Bob Feller, who fired all five of his pitches through paper targets set up at home plate. The 17-year-old fireballer had made his major-league debut just three weeks earlier. All told, the Indians won the track meet, 44-22. Individual winners got $20.7

The Marx brothers – Groucho, Harpo, and Chico – were performing nearby at the Palace Theater, and made time for an appearance in pregame festivities, escorted by a dozen chorus girls. “They picked on Roy Hughes and when he untangled himself, he had lost both his uniform and sweat shirts,” wrote the next day’s Cleveland Plain Dealer.8

Hughes had recovered sufficiently to lead off the bottom of the first with a single off Monte Pearson. Odell Hale flied out, then Earl Averill struck out. Hal Trosky laced a single into center field, and Hughes roared into third just under Joe DiMaggio’s throw, “with a slide that nearly tore the bag loose from its moorings.”9

Roy Weatherly worked a 2-and-1 count, and Trosky broke for second, the start of a double steal. Tony Lazzeri cut in front of the bag to take the throw from Bill Dickey, but Lazzeri’s return throw home was wide, pulling Dickey away from the plate. Hughes crashed into Dickey, who dropped the ball. Dickey had a hard time disentangling himself from Hughes – probably by design, the next day’s papers said – and Trosky was safe at third.10 But Weatherly grounded out to end the inning. The Indians added another run in the third inning for a 2-0 lead, when Hale singled home Oral Hildebrand, who’d led off the inning with a double to deep left field.

In the fourth inning, catcher Frankie Pytlak stood in against Pearson with two outs. Pearson threw one high and inside, and Pytlak was able to get out of the way. Then Pearson threw another one. The crowd of 65,342 – then the third-highest crowd in Cleveland Stadium history, trailing only the opener and the All-Star Game – included a lot of fans wearing white shirts in the center-field bleachers. Pytlak apparently was unable to track the ball, and it struck him square on the jaw. Pytlak spun around, bleeding, and was helped into the clubhouse. He’d broken his jaw in three places, and the impact of the pitch had loosened seven teeth. Pytlak, who’d been hitting .329, would miss a month of action. Time was called as the umpires asked fans to move out of the center-field section, freeing up a makeshift batter’s eye with the green bleacher seats. “Most of the fans moved immediately but a few, persuing [sic] the national policy of thumbing a nose at co-operation, refused,” wrote Franklin Lewis in the next day’s Cleveland Press.11

Hildebrand and Pearson continued to trade zeros until the top of the seventh, which started with a DiMaggio seeing-eye single through the left side of the infield. Lou Gehrig lined out to center field,12 but Dickey dropped a bunt single down the third-base line to advance DiMaggio to second. George Selkirk fouled out to the catcher, but Roy Johnson launched a line drive that hit the right-field wall and bounced away from Weatherly. DiMaggio and Dickey scored to tie the game, 2-2, and Johnson ended up with a triple.

Pearson led off the eighth inning with the game still tied. Hildebrand got two quick strikes on him and then decided to get cute. He threw one high and inside and Pearson hit the dirt, “from which undignified position Mr. Pearson thumbed his nose vigorously at Mr. Hildebrand,” Gordon Cobbledick wrote in the Cleveland Plain Dealer.13

Pearson drew a walk, and Frank Crosetti laid down a bunt, fielded by Hildebrand, who threw to shortstop Bill Knickerbocker covering second. Pearson was out, but Crosetti was safe at first. Red Rolfe then hit a hopper to Trosky at first. He threw to Knickerbocker at second in hopes of starting a double play, but Knickerbocker dropped the ball, and both Crosetti and Rolfe were safe. DiMaggio flied out to center field, but Gehrig doubled home Crosetti and Rolfe – both unearned runs – to give the Yankees a 4-2 lead. Hildebrand’s day was over and Thornton Lee came on in relief, getting Dickey to line out to center field.

“Had Oral attended strictly to his pitching knitting instead of showing Pearson two could play at the old beaner game, chances are he would have been returned victorious in regulation time, 4-2,” wrote Ed Bang in the Cleveland News.14

The Indians chipped away, with Hale hitting an RBI fly ball in the eighth to score Bruce Campbell, who’d led off the inning with a triple. In the bottom of the ninth, Weatherly led off with a double. Sullivan grounded out, and Joe Vosmik singled to score Weatherly, tying the game. Knickerbocker singled, and Pat Malone was brought in to relieve Pearson. Denny Galehouse, who’d come on in relief in the top of the ninth, struck out. Hughes hit a grounder to Crosetti, who forced Knickerbocker at second to send the game into extra innings.

Now Galehouse and Malone traded zeros. The Indians loaded the bases in the 10th, but were unable to push a run across. In the top of the 13th, Galehouse got into a jam, loading the bases with nobody out. But Johnson hit a grounder to Hughes at second, who threw home, where catcher Sullivan, who had replaced Pytlak, got pinch-runner Jack Saltzgaver out at the plate. Lazzeri struck out and Malone grounded out to end the threat.

After the top of the 14th inning, fans – many of whom were still in their seats – had another stretch. And then, after the 16th, when Malone had set down the top of the Indians’ lineup, umpire George Moriarty called the game as darkness encroached over Lake Erie.15 It was 7:15 P.M., 4 hours and 15 minutes after the game had started.16 It was the third 16-inning game the Indians had played in that year – and second against the Yankees.17 Because it was the last game of the series, both teams missed their trains to their next destinations, and had to order special trains, the Indians to Detroit and the Yankees to Boston.18

The game ended in a tie, but Cleveland writers declared a moral victory for the Indians.

“Heroes fell and goats were created in the big bowl on Lake Erie yesterday, but Steve O’Neill’s departing Redskins left one outstanding thought with their supporters. They won’t take a licking lying down,” wrote Ed McAuley in the Cleveland News.

1 The town was mapped out in 1796 by Moses Cleaveland for the Connecticut Land Company but wasn’t officially incorporated as a city for another 40 years.

2 For more on the Great Lakes Exposition, I wrote about it at length for Defector.

3 Contrary to popular urban legend, while the facility was touted as a potential home for myriad events, it was not built for the 1932 Olympics.

6 Sutphin also owned Cleveland’s American Hockey League team, at the time the Falcons, but soon to be renamed the Barons, upon their move to the new Cleveland Arena. He would also own the Cleveland Rebels, a pro basketball team that played for one year in the Basketball Association of America, one of the forerunners of the NBA. https://case.edu/ech/articles/s/sutphin-albert-c-al.

12 Cobbledick noted that many of Gehrig’s outfield hits or outs could have been home runs had the game been played at League Park.

15 It would be nearly three years before lights were installed at Cleveland Stadium.

17 In addition to three 16-inning games, the Indians also played a 15-inning game that season against the Tigers. All told, they played 12 extra-inning games in 1936, for a total of 37 extra innings.