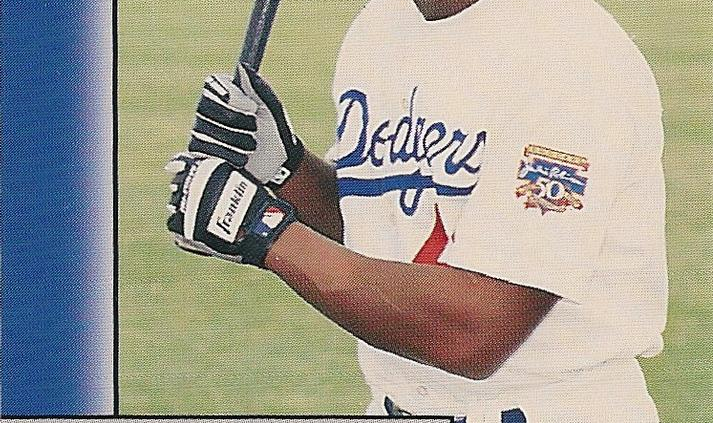 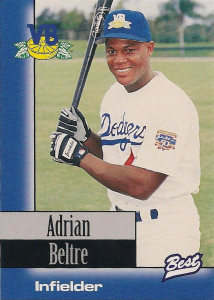 On the first day of November 1968, minor-league baseball fans in Florida awoke to news of a new team affiliation. The expansion Montreal Expos of the National League, preparing to make their debut in 1969, were announced as the new parent club of West Palm Beach’s entry in the Class A Florida State League. The West Palm Beach team had previously been linked to the Atlanta Braves.1

That simple announcement turned out to have great staying power. The Expos retained their West Palm Beach affiliation for almost 30 years. As the Expos matured from an expansion club into a competitive team, fans at the city’s Municipal Stadium were treated to early looks at future stars like Gary Carter, Ellis Valentine, Bill Gullickson, Scott Sanderson, Tim Raines, Andrés Galarraga, Randy Johnson, Larry Walker, Mark Grudzielanek, and Vladimir Guerrero. The 1990 team, managed by future Expos manager Felipe Alou, was named one of the top 100 minor-league teams of the twentieth century.2

But no major-league affiliation has ever been permanent. Lured by new facilities, the Expos moved both their spring-training operations and their Florida State League affiliate3 19 miles north to Jupiter, Florida, starting in 1998.4 On the afternoon of August 31, 1997, West Palm Beach’s last group of “baby Expos” took to their home field to play a final, emotional – and very close – season-ending game against the visiting Vero Beach Dodgers.

The last West Palm Beach Expos manager was 33-year-old Doug Sisson, in his fifth of 11 seasons as a minor-league skipper. Sisson, who never played professional baseball, later served as the Kansas City Royals’ first-base coach in 2011 and 2012.5 He’d led the Expos to a 69-65 record going into the final game, falling short of the playoffs.

Vero Beach had already punched one of four tickets to the postseason as first-half champions of the league’s East Division. The Dodgers went on to beat Kissimmee in the first round of the playoffs before losing the final series to St. Petersburg.6 Their manager was John Shoemaker, a former Dodgers farmhand who as of the 2022 season had been a minor-league manager for 28 seasons.

The biggest bopper in the Vero Beach lineup, 18-year-old third baseman Adrian Beltre,7 led the team with a .317 batting average, 26 homers and 104 RBIs in 123 games – a performance that earned him the league’s Most Valuable Player Award.8 Other major contributors included first baseman Jon Tucker (.292/13/78 in 121 games) and left fielder Charlie Nelson (.281 with a team-leading 53 stolen bases). Righty reliever Miguel Garcia was the only Dodger to win 10 games, going 10-3 with a 3.73 ERA in 45 games. The team’s starters included future big leaguers Nate Bland, Kris Foster, Mike Judd, and Onan Masaoka.

Second-year righty Christian Parker started the last game for West Palm Beach. He had spent most of the season with the Cape Fear Crocs of the Class A South Atlantic League, going 11-10 there in 25 games, before making three starts in West Palm Beach. In April 2001 he made a single big-league appearance with the New York Yankees. The Dodgers countered with righty Jeff Keppen, who went 2-3 with a 3.93 ERA in 32 games at Vero Beach that season, mostly out of the bullpen. Keppen pitched three years in the lower rungs of the Dodgers’ system before turning to independent and foreign leagues.

The 1,039 fans who turned out – about one-quarter of the ballpark’s capacity9 – were treated to a tightly pitched ballgame. Parker went six shutout innings for West Palm Beach, yielding only one hit and no walks while striking out four. Three Vero Beach pitchers – Keppen, righty Toby Dollar, and lefty Pedro Feliciano – also combined for six shutout innings with no walks. Dollar and Feliciano had both spent the bulk of the season with Savannah of the South Atlantic League. The season finale marked their only regular-season appearances of 1997 with Vero Beach, though they also appeared in the playoffs. Feliciano went on to pitch parts of nine seasons in the majors, while Dollar peaked at Triple A.

Left fielder Chris Schwab, the Expos’ first-round choice in the June 1993 amateur draft out of high school in Minnesota, broke the deadlock in the bottom of the seventh. He touched Feliciano for a solo home run, his ninth homer in 58 games with West Palm Beach, to give the home team a 1-0 lead.10

Righty reliever Fernando DaSilva had taken over from Parker in the seventh and worked two shutout innings. He returned in the ninth to try to shut down Vero Beach, which had mustered only three hits through the first eight innings.11

DaSilva, a native Montrealer, had been 10 years old on “Blue Monday,” October 19, 1981 – the day Rick Monday of the Los Angeles Dodgers broke Montreal fans’ hearts with a ninth-inning home run in Game Five of the National League Championship Series that eliminated the Expos and sent the Dodgers to the World Series. Not quite 16 years later and more than 1,570 highway miles away, a new generation of minor-league Dodgers was about to unleash a dramatic ninth-inning rally against a new generation of minor-league Expos.

Vero Beach left fielder Nelson led off with a home run, his sixth of the season, to tie the game, 1-1. One out later, Beltre hit an infield single. A pickoff attempt at first went disastrously wrong: Catcher Johnny Bess threw the ball into right field, where right fielder Josh Brinkley tracked it down and threw wildly back to the infield. The pair of errors allowed Beltre to score all the way from first for a 2-1 Dodgers lead.12

Lefty reliever Marco Rivera, who had also spent most of his season at Rookie level, came in to make his second appearance with West Palm Beach. Eric Stuckenschneider, who had stolen 40 bases for Vero Beach, ran for Diaz. Stuckenschneider got himself caught up in a rundown between first and second. While the Expos were trying to get him out, Demetral snuck home from third base for a 4-1 Dodgers lead. Rivera closed out the inning with no further damage.

Vero Beach reliever Dan Ricabal had gotten the last out of the eighth and came back out to nail down the ninth. Ricabal, a right-handed Los Angeleno, logged 28 saves in a team-record 75 appearances with Vero Beach in 1997. He pitched a perfect ninth to close out the game in 2 hours 13 minutes. Ricabal got the win to end the season with a 4-6 record, while DaSilva took the loss to close at 8-5.

After the game, the now-former West Palm Beach team rolled out its name for the following season – the Jupiter Hammerheads – along with a new logo.14 Players handed out batting gloves, baseballs, and other souvenirs. Some fans scraped dirt from the field into plastic beer cups in hopes of keeping a piece of the park forever. “This is where I took my son to all the games and taught him things about baseball,” fan Bob Leh of Jupiter explained as he crouched on the pitcher’s mound gathering dirt.15 Souvenir hunters were still stopping by in the fall of 1999, when the ballpark finally fell to the wrecker’s ball to make way for retail development.16

1 “Florida State League Adds West Palm, 3 More Teams,” Fort Lauderdale (Florida) News, November 1, 1968: 8B.  The initial announcement came from the league; the Expos followed with their own announcement a few days later. The Braves in 1968 had operated Class A teams at West Palm Beach and Greenwood, South Carolina, in the Western Carolinas League. After leaving West Palm Beach they operated only the Greenwood team at the Single-A level through the 1979 season.

3 The Florida State League was reclassified as Advanced A in 1990. The Expos operated teams at the Advanced A, Class A, short-season Class A, and Rookie levels during these years.

4 The Braves, who had shared spring-training accommodations with the Expos in West Palm Beach, also moved to a new facility elsewhere in Florida at the same time.

7 Beltre was believed to be 19 years old at the time; several news clips from the Indian River Press Journal (Vero Beach, Florida) during the 1997 season refer to him as a 19-year-old. After the 1999 season, the Dodgers were accused of signing Beltre at age 15 – a violation of major-league rules – and misrepresenting his age on documents filed with Major League Baseball. The team was fined $50,000, ordered to pay Beltre an additional $48,500, and required to close its Dominican training camp for a year and not scout or sign Dominican players over the same period. Associated Press, “Dodgers Keep Beltre, but Suffer Sanctions,” Passaic (New Jersey) Herald-News, December 22, 1999: D3.

10 “Dodgers Win Season Finale,” Indian River Press Journal, September 1, 1997: 1B. Schwab also hit 11 homers that season in 54 games with Cape Fear of the South Atlantic League. He played seven seasons in the minors, peaking at Double A, before moving on to independent leagues.

13 A discrepancy exists between the game action described in “Dodgers Win Season Finale” and the box scores printed in the Palm Beach Post and Indian River Press Journal. “Dodgers Win Season Finale” says Julio gave up the doubles to Tucker and Demetral. Since Julio is listed in the box scores as surrendering two hits, that would mean Rivera gave up the final single to Diaz. But neither paper’s box score lists Rivera as surrendering a hit. This Games Project story opts for the following extrapolation from the box scores: DaSilva gave up Nelson’s homer, Beltre’s single, and Tucker’s double, and was charged with three runs; Julio surrendered Demetral’s double and Diaz’s single, and was saddled with the run when Demetral scored on the rundown; and Rivera did not give up any hits or runs. This version of events is also consistent with Julio’s profile on Baseball-Reference, which has him pitching to two batters with West Palm Beach in 1997 and giving up hits to both.