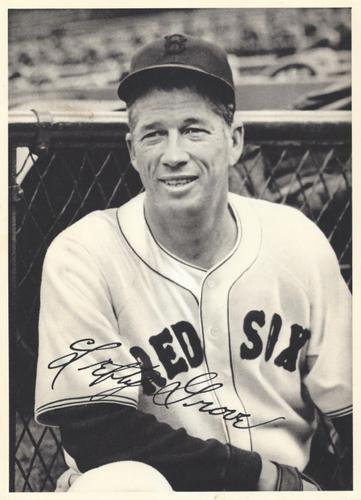 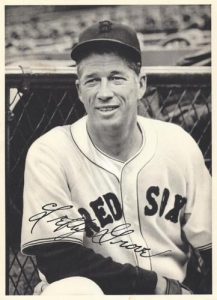 Lefty Grove was on the verge of reaching a major career milestone in July 1941. Grove was attempting to become the 12th pitcher in baseball history, and sixth hurler in the twentieth century, to record 300 career wins. The 41-year-old living legend, pitching in his 17th season, is considered by historians1 and was considered by his peers2 as one of the greatest left-handed pitchers in baseball history, if not the greatest. However, the headlines of the day were dominated by hitters: Joe DiMaggio’s 56-game hitting streak and Ted Williams’s quest for a .400 batting average, with World War II looming in the background.3 DiMaggio’s record-breaking consecutive-games streak ended on July 17,4 and Williams was hitting .397 entering the Friday afternoon ballgame that began a three-game series between Grove’s Boston Red Sox and the visiting Cleveland Indians.

The 47-43 Red Sox were in third place, 15 games behind the New York Yankees. Boston was coming off an 11-1 drubbing of the Chicago White Sox the previous afternoon, led by Jim Tabor’s six RBIs and Frankie Pytlak’s two runs and two doubles.5 However, the Red Sox had started the season slowly, sitting in fifth place as May ended, before their 17-11 June record propelled them into third. Besides the 22-year-old Williams, Boston was led by player-manager Joe Cronin, veteran first baseman Jimmie Foxx, second baseman Bobby Doerr, outfielder Dom DiMaggio, and pitchers Dick Newsome, Joe Dobson, and Charlie Wagner.

The 53-39 Indians stood just ahead of Boston in second place, 10 games behind New York. In contrast to Boston, the Indians started the season strong, then experienced an early-summer swoon. Cleveland’s 11-4 April record and 18-13 May record positioned them in first place when May ended. However, their 13-13 June record, while the Yankees went 19-7, dropped the Indians into second place. Furthermore, Cleveland was swept in a three-game series by the Yankees just before the Boston series. The Indians were managed by Roger Peckinpaugh and led by staff ace Bob Feller, outfielder Jeff Heath, shortstop Lou Boudreau, and third baseman Ken Keltner.

Grove was attempting for the third time to earn his 300th career victory.6 He had lost his previous two outings, both complete-game efforts; on July 11, the Detroit Tigers shut out the Red Sox7 and on July 18, the Chicago White Sox scored the winning run on a 10th-inning misjudged fly ball.8 Through 14 starts in 1941, Grove was 6-4 with a 3.55 ERA over 101⅓ innings, including eight complete games. The left-hander threw a fastball, curve, and forkball, delivering his forkball more often later in his career.9

Joe Krakauskas received the starting nod from Peckinpaugh, replacing scheduled starter Mel Harder. Krakauskas was playing his first season in Cleveland after spending the first four years of his career with the Washington Senators. The 6-foot-1 left-hander had been traded during the offseason from Washington to Cleveland in exchange for Ben Chapman. Krakauskas’s primary pitch was his fastball.10

Sixteen thousand fans attending ladies day at Fenway Park watched Grove retire the Indians in order to start the game. Boudreau started the game with a fly out to left field. Rosenthal bunted and was thrown out. Grove finished the inning strong by striking out Gee Walker. Krakauskas retired the Red Sox on two groundouts and a strikeout during in the bottom of the first inning.

Cleveland reached the legendary left-hander during the second inning. Heath led off with a single, Keltner doubled, and Hal Trosky walked. Heath scored on Oscar Grimes’s fly ball. Cleveland missed an opportunity to score more runs when Gene Desautels popped out and Krakauskas struck out, but the Indians had a 1-0 lead.

Grove struggled again during the third inning. Boudreau singled and stole second base. Larry Rosenthal singled. Walker singled, scoring Boudreau and moving Rosenthal to third base, but was thrown out at second attempting to advance on the outfield throw. Heath plated Rosenthal with another single, the fourth single off Grove in the inning. Keltner doubled home Heath, the fifth consecutive Clevelander to hit safely off the struggling Grove. The future Hall of Famer finally escaped further damage when Keltner was caught stealing third base and Trosky struck out, but Grove appeared likely to need another day to reach his milestone victory. Cleveland led 4-0.

An offensive meltdown and a defensive breakdown had cost Grove in his previous bids for his 300th win, but the Red Sox were not going to fail him this time. Their offense awoke in the fourth inning. Cronin reached first on a muffed groundball. Williams singled. Foxx walked. With the bases loaded, Tabor walked, forcing home Boston’s first run. Although Krakauskas had allowed only one hit through three-plus innings, and only one ball reached the outfield during the first three innings,11 his four walks compelled Peckinpaugh to summon Mel Harder from the bullpen. Doerr popped out in foul territory for the first out, and Johnny Peacock singled home Williams. The Red Sox stranded the two remaining baserunners in scoring position after a fly out and groundout, but Boston cut Cleveland’s lead in half, 4-2.

The Red Sox reached Harder during the fifth inning. Lou Finney beat out a bunt down the third-base line. Cronin lined out. Williams slammed his 19th homer “into the extreme left section of the right field covered seats, a few rows out of rightfielder Jeff Heath’s reach,”12 and tied the game, 4-4. Foxx walked. Tabor singled. With Boston threatening to jump ahead, Doerr popped out, Dom DiMaggio hit into a fielder’s choice, and the game remained tied.

In the Cleveland seventh inning with one out, Boudreau homered over the left-field wall to put the Indians back ahead. One out later, Walker tripled to left-center and scored on Williams’s errant throw to third. The Indians had regained the lead, 6-4. Both offenses took a quick break in the sixth inning, the only inning other than the first in which no runs crossed the plate.

During the bottom of the seventh, Williams walked. With one out, Tabor tied the game with a two-run clout over the wall in left. Doerr struck out looking, but Peacock singled and Harder’s day was finished. Al Milnar, who struggled in his previous five starts, relieved for the first time in the season. Grove doubled to left, but Gee Walker fired the ball to Boudreau, whose relay to the plate caught Peacock attempting to score the go-ahead run. The teams were tied 6-6 after seven innings.

The Red Sox delivered their crushing blow in the eighth inning. DiMaggio walked and moved to second on Finney’s sacrifice. Cronin was intentionally walked. Williams popped out in foul territory. Foxx, Grove’s longtime teammate in Philadelphia and Boston, blasted a triple off the center-field bleacher wall, scoring DiMaggio and Cronin; Foxx himself scored on a wild relay throw from second baseman Ray Mack.13 Tabor followed Foxx’s triple with his second home run of the afternoon, pushing Boston’s lead to four runs.

Grove retired Rollie Hemsley, Beau Bell, and Boudreau in order, all on fly balls, during the ninth inning to end the game. Boston won 10-6, with Grove earning his milestone victory.

The Red Sox overtook the Indians at the end of August, and finished in second place, 17 games behind New York. Their 84-70 record was a slight two-game improvement over their 1940 season. Boston led the AL in team batting average, OPS, and several other offensive categories, but their slightly-below-average pitching counteracted their dynamic offense. The Indians muddled through a terrible August (10-21) and September (10-16), falling into a fourth-place tie with Detroit, finishing 75-79 and 37 games behind the pennant-winning Yankees.

Grove called this contest “the toughest game I ever sweated through,” having dropped 8½ pounds in the sweltering sun and 90-degree temperature during the 2½-hour game. After the game, baseball’s newest 300-game winner received a police escort off the field when fans mobbed the field. The game ball was sent to the National Baseball Hall of Fame and Museum.14 He pitched the complete game, allowing six runs (five earned) on 12 hits while striking out six and walking one. This sweet victory was the final win of his storied career. The AL’s oldest player that year finished his last major-league season with a 7-7 record and a 4.37 ERA in 134⅓ innings, his highest season ERA since his 1934 campaign and his second-fewest innings pitched. Grove completed his career with a 300-141 record and a 3.06 ERA, recording 2,266 strikeouts in 3,940⅔ innings. He was the AL ERA leader for nine years. Grove was inducted into the Hall of Fame in 1947.

The author thanks John Fredland for his article recommendations, Evan Katz for his detailed fact-checking, Len Levin for his editing, and Lisa Gattie for her meaningful input.