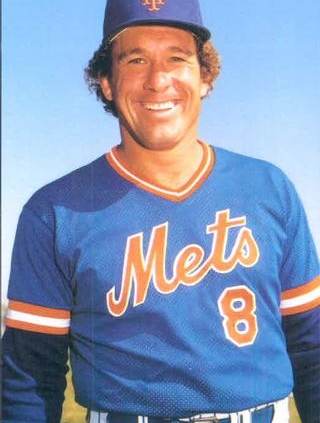 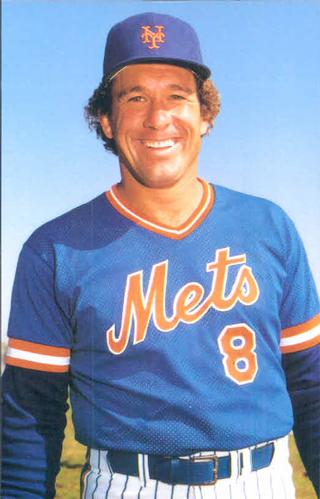 The first game of a Saturday afternoon doubleheader between the New York Mets and Houston Astros at Shea Stadium on the last weekend of July 1985 was one of those wonderfully quirky games beloved by those who like unusual statistics. A cavalcade of errors by the Astros led to 16 unearned runs for the Mets and a box-score line unlike almost any other.

The Mets entered at 54-40 for the season and in second place in the National League East, four games behind the St. Louis Cardinals. Even after getting swept in a three-game series in Cincinnati earlier in the week, they were still a hot team. They had 16 wins in their last 21 games, including a 6-3 victory over the Astros in the series opener on July 25. That stretch included a memorable 16-13 win in 19 innings against the Braves on July 4 (a game that ended close to 4 A.M.). The Mets had two more huge wins against the Braves that month, including a 16-4 win on July 20. That score came up again in this game.1

The Mets’ offense had some big days in this run, scoring in double figures five times. First baseman Keith Hernandez, their top offensive threat in a lineup that also featured Gary Carter and Darryl Strawberry, drove in 29 runs in 27 games that July.

On the other side, the Astros were 44-52 and had lost nine of their last 10 games. Though Houston ultimately led the NL in runs scored in 1985 — and salvaged a winning record through a streak of 21 wins in 25 games in August and September — it was still building toward the team that won the NL West the next season and took the Mets to six games in a memorable National League Championship Series.

One up-and-coming player for the Astros was rookie first baseman Glenn Davis. Promoted from Triple-A in mid-June of 1985, Davis wound up leading the team with 20 home runs. In 1986 he was an MVP candidate. But this was not a game to remember for the 24-year-old Florida native.

The pitching matchup in the opener pitted two lefties, Sid Fernandez for the Mets and Bob Knepper for the Astros. Fernandez, making his 30th career start, entered at 3-6 with a 2.74 ERA. He had endured a lack of run support. The Mets totaled eight runs in his six losses and lost by one run in four of them.

Knepper, in the 10th season of a 15-year career, had a history of being tough on the Mets.2 But he too had received little run support recently. The Astros were shut out twice in his previous three starts, including a 1-0 loss to Dwight Gooden and the Mets at the Astrodome on July 14. An unearned run accounted for the Mets’ scoring in that game.

After two scoreless innings by Knepper and Fernandez, the Mets took a 1-0 lead in the third. Rookie center fielder Len Dykstra reached on an infield single; Davis’s throwing error3 put Dykstra at second base. Dykstra crossed to third base on Wally Backman’s groundout to shortstop and scored on Hernandez’s single.4

Fernandez held that lead through the first five innings, allowing only one hit. In the bottom of the fifth, the Mets added three runs. Rafael Santana led off by reaching on an error by third baseman Germán Rivera. Fernandez sacrificed him to second, and Santana scored on Dykstra’s double.

Backman’s single moved Dykstra to third base. He scored on Hernandez’s sacrifice fly — which, without Rivera’s error, would have been the third out of the inning. Carter’s single advanced Backman to third and Backman scored on Knepper’s wild pitch, making it 4-0.5

Fernandez took a shutout into the seventh inning, but Mets manager Davey Johnson pulled him after a two-out RBI single by Dickie Thon. In came Roger McDowell — an effective member of the Mets bullpen in his rookie season — to preserve the lead. But the advantage was gone after two batters: Pinch-hitter Phil Garner singled and Bill Doran tied the game with a three-run homer. McDowell got through the rest of the seventh unscathed, but the score now stood 4-4. Fernandez’s strong start had resulted in a no-decision. The Astros appeared to have momentum on their side.

But the bottom of the seventh was a boon for the Mets and a bummer for the Astros.

Howard Johnson led off with a walk against reliever Frank DiPino. Dykstra tried to bunt him to second, but Davis made another throwing error, putting Mets on second and third. Davis finished the season with 12 errors, second among NL first basemen, despite playing only 89 games at the position.

After Backman struck out, Hernandez hit a groundball to shortstop. Thon threw home, but Johnson beat the throw and scored the go-ahead run. Carter’s double scored Dykstra and Hernandez for a 7-4 lead, with Carter advancing to third base.

George Foster walked, and Ray Knight’s three-run home run emptied the bases. The Mets led 10-4 on the strength of a six-run inning.6 This was a notable moment for Knight, who hadn’t started a game since July 7 because of an injured thigh muscle.

“I tried to stay calm about it,” Knight said of his home run. “But Gary (Carter) was waiting for me at the plate and when he ran up to me, looked me in the eye and said ‘Give me some’ I couldn’t keep it inside anymore.”7

In the eighth inning, with Mike Madden now pitching, Dykstra reached on an error by Thon. He went to second base on a single by Backman and to third on a fly out by Hernandez.

The floodgates then opened — five straight Mets reaching base. Carter doubled in Dykstra. An error by third baseman Garner — who had replaced Rivera after pinch-hitting — on Foster’s groundball scored Backman. That was the Astros’ second error of the inning and fifth miscue of the game.

Those reviewing the totals at game’s end learned that all 16 of the Mets’ runs were unearned — though not everyone thought that was a fair accounting.

“The official scorer was awfully tough,” Mets manager Davey Johnson said afterward. “We forced the issue. That wasn’t a five-error game by the Astros.”9

Carter’s response to learning all 16 runs were unearned: “That’s amazing. Not too many times that happens.”10

The 16 unearned runs are the most in a game in which all of the team’s runs were unearned.

The Mets scored seven more runs in winning the second game of the doubleheader, 7-3. All seven Mets runs in that game were earned.

I attended this game with my father as a 10-year-old and kept score, as I did at every game I went to in my youth. I have a vivid memory of doing the computations and asking my father if I was right in my belief that the Mets had scored 16 unearned runs.

Turned out that I was.

If you would like to listen to an account of this game, I spoke about it on the July 29, 2020, episode of the This Week in Baseball History podcast, “The Mets Unearned Victory (With Special Guest Mark Simon).”

2 Knepper’s 2.94 career ERA against the Mets was his second lowest against any opponent. He held them scoreless for the first five innings of Game Three of the 1986 NLCS and the first eight of Game Six, but the Astros lost both games.

5 Santana never should have been on base, so his run was automatically unearned. Had Santana been retired, there would have been runners on first and third with two outs and no runs in when Hernandez flied to center. That should have been the third out of the inning and thus everything that happened thereafter is unearned.

6 These runs were unearned because Davis’s error negated an out. Backman’s strikeout would have been the second out. Hernandez’s grounder to shortstop would have resulted in his being thrown out at first base for the final out of the inning (rather than the throw home that led to a run scoring). No runs would have scored. Thus, everything that followed was unearned.

11 The link to a list of the teams with the most unearned runs in a game can be found on Baseball-Reference.com’s Stahead tool here.